It was a cold Saturday night, and freezing Winter breezes would blow through the streets, many people taking a stroll out in the streets shivering and sneezing. Many people were still doing some Christmas shopping for their loved ones, many parents heading to the toy stores to buy the latest and hottest action figures or toy for their children. In one of the biggest malls in the city, some of toy store employees would be in the store's backroom, examining their newest shipment of toys.

"Hehe, dudes, check this one out. Toei's re-releasing all the old Kamen Rider Belts, but totally upgraded," one of the employees chuckled as he held up one of the boxes, shaking it, listening to the satisfying sound of a new toy, "Man, I haven't seen Kamen Rider since I was a kid. Oh man! They even got Den-O!" Two of the coworkers would walk over to their friend as he held up the box that contained the toy, eyes sparkling.

"Awesome! He was like the best one!" one of the guys exclaimed as he grabbed the box out of his friend's hands before the other one rolled his eyes, picking up one of the other boxes.

"As if. Faiz was where it was at!" the other one said before the two friends began to butt heads while the one in the middle was just laughing, before one of the girl's would slap her hand on the table.

"Come on you three! Focus, break is almost over soon, and we're practically in the middle of a rush," the girl said before picking up one of the boxes herself, "Though I have to admit, these things are selling like hot cakes. Huh? This one looks cool...Kamen Rider OOO? Animals...neat."

"You an animal girl, Nanami?" one of the other girls asked, taking a peek over Nanami's shoulder, "This guy looks really colorful. Though my little brother apparently likes this one guy called Build."

"Build!? You should've told me that earlier! I could've took your brother to meet him at one of the stage shows last week!" one of the guys said while the girl shrugged.

"You just want an excuse to go there and watch those shows," the girl smirked. The guy just frowned and glared at her before one of the friends pointed at the TV.

"Yo, AFW is on! Seems like something is happening," one of the workers, and everyone would turn their head to watch the TV.

----------------
AFW Arena was completely jam-packed with people of all ages. One of the main matches had just wrapped up, and the audience were waiting for the next match to begin. Adults would chat with one another about who they thought was going to win next, or which match they were most excited for. There were some children sitting excitedly, bouncing up and down in their seats. Though, as things were getting under way, music began to suddenly blare from the speakers. Now this would've been normal...if the match that was scheduled to happen next wasn't supposed to be in ten minutes. Not only that, but the music that was playing from the speakers wasn't...anyone's theme. This entrance theme wasn't really heard before...but some of the older audience members could recognize it! Their eyes widened as a sense of childhood nostalgia hit them, and the giant monitor that hung above the entrance lit up, playing a music video that was recognizable to the audience members that grew up in 2000!

As the song began to play, a high pitch voice would speak up, screaming one word, "HENSHIN!" 2000-esque sound effects blared as smoke began to pour out at the entrance obscuring it. Suddenly the sound of a motorcycle revving up boomed from the speakers before someone came bursting out of the smoke riding in on a motorcycle! The motorcycle would ride down on the ramp before skidding to a halt, a literal inch from the ring. The audience fell silent as the woman that was riding the motorcycle would hop off the motorcycle and into the ring with a single leap. She would do several somersaults in the air before landing in the center of the ring, and now the audience could finally see who the mysterious woman was.

"Kamen Wrestler...Kuuga! I have arrived!" the woman shouted. The audience was speechless before they began to clap and cheer for the sudden performance. The woman was even doing the signature pose of Kamen Rider Kuuga, and upon closer look, the woman herself was wearing a Kamen Rider Kuuga mask, albeit her costume was a bit different. As the music died down, the woman would look at one of the officials and ask politely for a microphone. They obliged as she took the microphone, thanking them before heading back to the center of the ring. She would clear her throat...before shouting again.

"HENSHIN!" the woman shouted before she took off her mask and tossed it out the ring, a woman catching it to reveal the newest addition to AFW, "I'M KAMEN WRESTLER HIKARU! PLEASED TO MEET YOU ALL!" 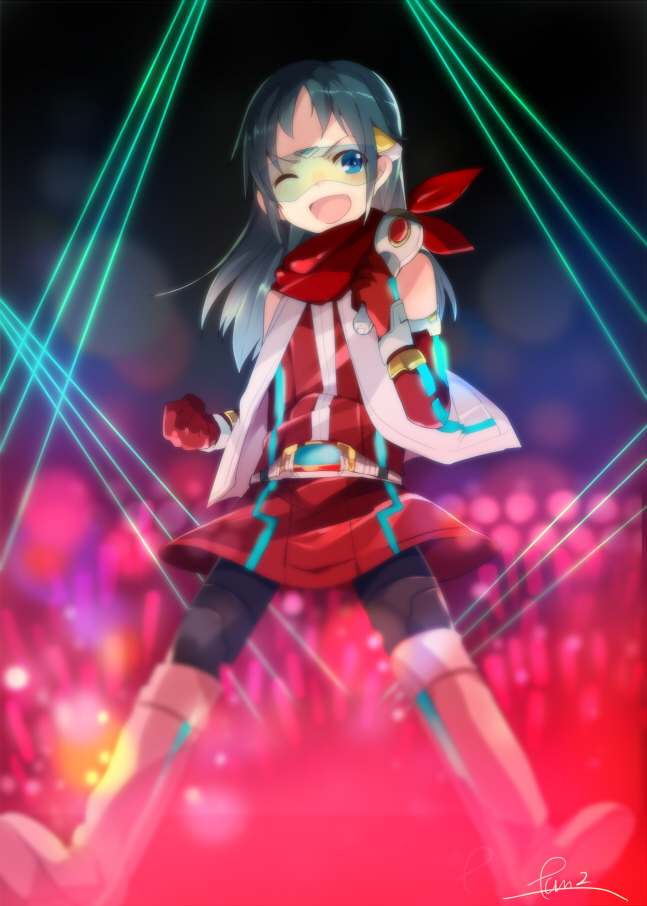 "I'm AFW's newest superhero! And I have arrived on the scene! From tonight onward, I'll be fighting to protect the smiles of everyone here! I won't stand for the villains that bully the weak! Cause that's what a superhero does!" Hikaru exclaimed with a big smile on her face as she pointed up in the air, "So I hope to get along with everyone here!" The audience would stare at Hikaru for a moment, silence falling upon the arena...before one kid would cheer happily. And then the arena would erupt in a thunderous applause and cheers with Hikaru giving everyone the biggest smile and a big thumbs up. She waved goodbye to the audience before jumping out of the ring and onto her bike, the woman who caught the mask also getting on. She would rev up the motorcycle before spinning it around and driving back into the backstage!
_________________
Ragdoll Jobber's Jobbers Wonder Emporium