Riley’s strategy focuses on practicality and simplicity, using a combination of simple, fast throws like suplexes and snapmares, incredibly hard kicks and knee strikes, most of which targeting the head, and limb based submission holds, often picking a single limb and working it over the length of a match to wear an opponent down and make them submit or pin them after a hard head strike.

While Riley’s strategy is far from flawless, as heavyset power wrestlers are more difficult for her to take down, and she lacks the power for quick match endings, her high stamina and well conditioning usually allows her to hang into matches and wear opponents down long enough for her big finale, a series of effective finishers that she can, and often will, combo, one into the other, to put opponents away.

Kicks and knees. Lots of kicks and lots of knees.

Other than that... Fast paced strikes, dropkicks, springboard strikes, various wear down or “rest” holds, plenty of limb-based submission holds.

Beckett Banger A high impact move meant to stun and disorient her opponents, Riley sets her opponent up for a suplex, lifting them up into the air, only to swiftly drop them head first onto her knee.


Beckett Buster -  A strong brainbuster, Riley sets her opponent up for a suplex, grabbing their tights for leverage and lifts them as high as she can, before falling to the mat, dropping the opponent head first onto the mat. Usually following with a pin, but can be used as a combo with her other finishers.

Cabbage Mutilation - A unique hold, Riley puts an opponent on their front and mounts their back. From that position, she hooks both her opponents arms back in a double arm chicken wing, clasping her hands together, then flips her body forward, bridging her own body in an arc over her opponents, while bending the opponents arms inward, wrenching and squeezing painfully until they submit.

Last Chancery - Meant for heavyset opponents she can’t lock the previous hold on, Riley instead gets her opponent on her front, and applies a front headlock, while also trapping the opponents left arm at the same time, then flips her body forward, bridging her body into an arch while pulling back tightly on their head and neck with a modified Arm Triangle Choke

Beckett Breaker - Another move meant for heavyset wrestlers she can’t use her other moves on, or just for the very stubborn, Riley gets her opponent on their knees, grabs both of the arms, pushes the opponents upper body back, then pulls on their arms to pull them forward, while driving her knee, usually with her knee pad down, right into their face. On lighter opponents, this can be followed by a Beckett Buster or a Last Chancery for good measure.


Highly motivated and driven to excel, Riley is all about pushing herself and others to being their best, often trying to motivate her opponents even in the middle of fighting them. Takes great pride in her body and abilities, and is, by her own admission, rather arrogant about it.

Considers losing to be failure, and failure means working harder to compensate. Can actually get rather disheartened by losses, and get stuck in her own head, sulking about it for some time after.

In the ring, she insists on fighting fairly, and refuses to take a count out victory if it can be helped, wanting to defeat her opponents the right way, and absolutely hates cheaters.

Outside the ring, Riley can be quite sociable and friendly with others, though as her idea of a good time is physical activity like running, hiking, exercise at the gym, and she doesn’t partake in the usual wrestler “party” lifestyle, she can be a bit a stick in the mud. Can be overly critical of others of their choices, but it mostly comes from a place of wanting others to be at their best. Is highly opinionated and has no issue making her voice heard on any subject.

Past/History:
(I hate doing these, so for the moment, let this brief blurb cover the most important main details of backstory until I’ve more time to give it a proper finish)

- Born in Wellington, New Zealand, to an Irish father and European-Kiwi mother, Riley spent her earlier years with constant activity, often running and playing through fields and participating in youth sports early, encouraged to run and be outside, fostering in her a love of activity and a dislike of standing still and doing nothing.

- Eventually moved to West Virginia so her father, a chemical plant worker, could get better pay. There, in the most obese state in America, Riley got her first true glimpse at massively obese people, and was shocked at how lazy and inactive people could be.

- As she got older, and interacted more with the world around her, she gained a healthy disdain for what she would soon see as a lazy culture, and that abundance of fast food, daytime television, and a lack of general activity affected the parents and children around her, with even her own stay at home mother falling under the influence and gaining weight, eventually becoming diabetic in Riley’s teen years, much to her distress.

- Motivated by her mothers plight, as well as the plight of the country she moved too, Riley was motivated to stay as healthy and in shape as she could get, taking part in as many sports as she was able too over the years, eventually gaining a career competing in athletic competitions as an adult.

- Years of competitions eventually led to Riley, convinced she was in the perfect shape, to compete on American Ninja Warrior, where, while she wasn’t able to finish the full course, she put on the best performance of anyone competing in her city course...except, to her shock, one person, who actually managed to complete the entire course.

- To her shock, she discovered that the person who completed the course she couldn’t, despite being of similar size to her, was a professional wrestler, a sport she had long since disregarded as being the realm of steroided fools, only to realize, as she looked into the sport, it had some of the most athletic people she had ever seen in her life, competing in the most athletic types of physical competition, to the point of even pitting against each other sexually.

- Fascinated by the world of pro wrestling and seeing it as a near perfect world of sexy and fit people, (aside from the few out of shape fatties, she would find), Riley immediately declared it her new passion, and went straight into training, moving from home to Japan to join the AFW league using contacts she made in the world of athletic competition and modeling.

- Honestly pities and dislikes fat people, as she considers them to be slaves to their own appetite and unable to control themselves, but has no desire to ever gain weight.

- Despite not being part of the Maori people, Riley saw many of them engage in sport when she was young, and was impressed by their physical stature, influenced by them to take up sports herself. As a result, she would study and later learn how to perform a traditional Maori “Haka” which she would do before each match to psyche herself up.

- While she may not admit it, Riley is an absolute narcissist, obsessed with her own self image and having a very high opinion of herself.

- Her overall goal in life is to open her own gym and wellness center, and help people get into shape, even if she has to force them to do so, her first goal is to help her own mother get into shape.

- Riley often models in her spare time, and greatly enjoys the attention it brings to her, intensely proud of her physical attributes and enjoying getting to show them off.

1. Riley makes her debut against the loveably adorable Blossom Fields! 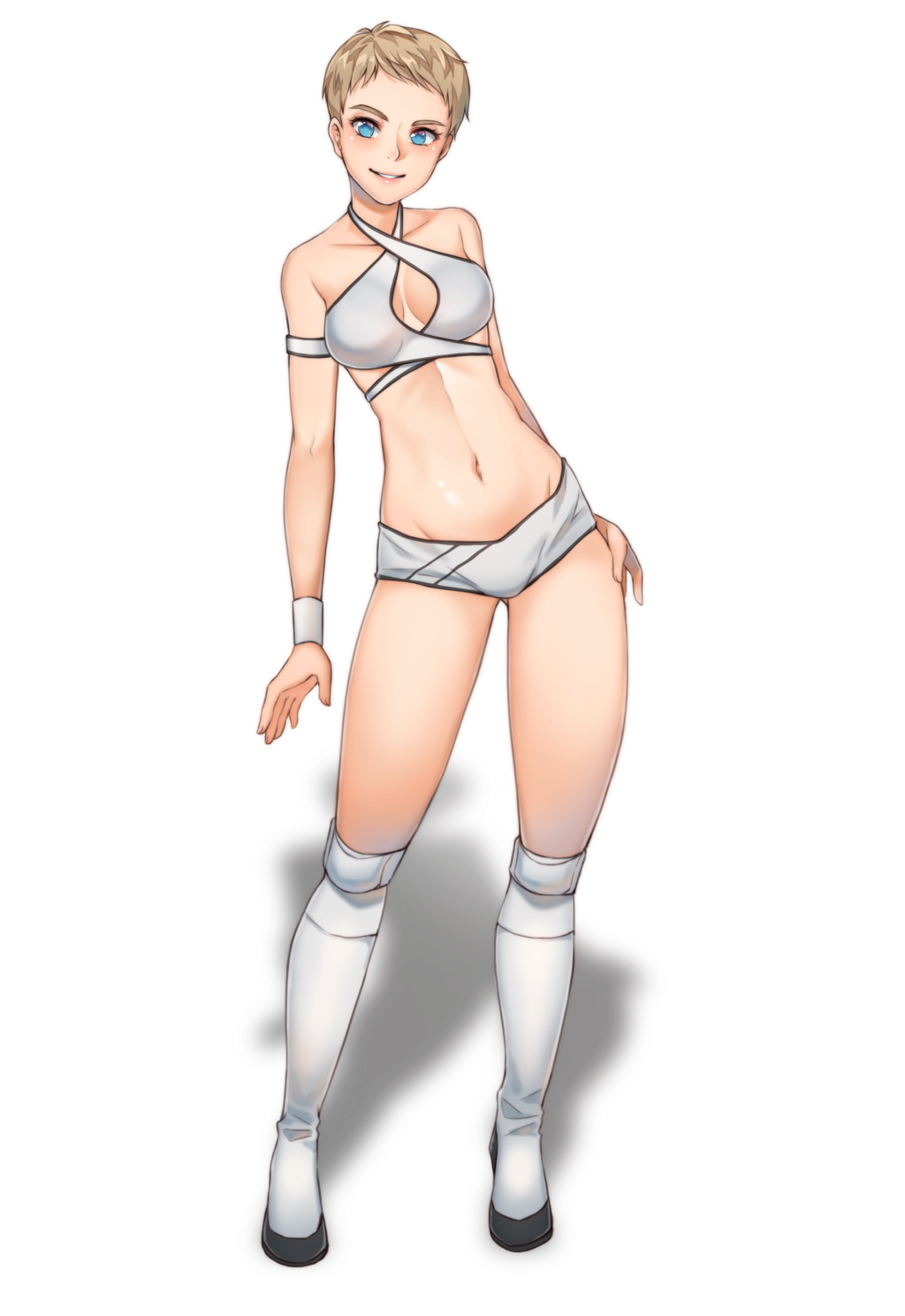