Nico was in the school courtyard, all alone as usual when he needed a quiet place for his concentration exercises, working hard to improve at focusing his spiritual pressure. 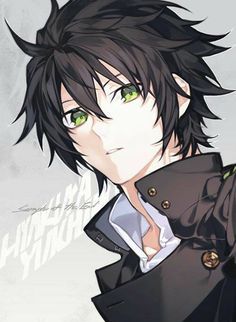 Like in the whole realm, things were changing at impressive speed in the Academy. And not for the best, at least for the male genre. After the Demon King had been destroyed, a large number of women in Luciana had misteriously started to grow taller, stronger, curvier. In no time, the kingdom itself had become a proud Queendom under the embosoming rule of Queen Eiruferu.

Accordingly, boys in the Academy had been quickly outnumbered and outclassed by girls (or should I say busty vixens?) in every aspect of life, while in a not-so-far past female students were a rare occurrence in the historical fighting academy.
For boys like Nico, unwilling to accept a subservient role in this new matriarchal society, wanting to assert himself as a student, a future hero, and last but not least, as a man, life was not easy.

And that was a further reason nudging the kid from Sundland to get better, faster, stronger.
Nico: "Concentration and.... Yahhh!". A fairly enhanced palm strike shook its target, a big oak, leaving a scorched circular mark on the thick trunk. Good, he thought with mild satisfaction: a decent spiritual punch this time. Better than yesterday in any case.

“Huh, not a bad mark for a novice.” Behind Nico, a girl’s voice would speak up. Walking to the courtyard training grounds, Ritika would approach the boy. Ritika was an upperclassman of Nico, having been in the academy a year longer. “Making som progress I see.” 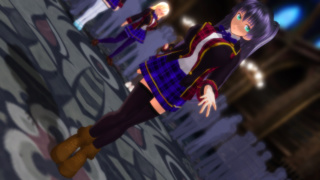 Behind Ritika we’re three fellow students, all in the same year as Nico but much more recent admissions. Each we’re learning in the arts the academy taught, although in light of recent changes have been branching out their experiences, learning different Magic’s and such like Nico had been. 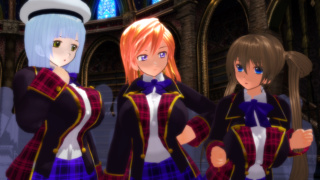 “Apologies, I’m a little loose on names but I do recognize you. Nico correct?” Ritika would question, looking to Nico for confirmation.

Lost in his daydreaming of future quests, stopping evil witches, succubi and monstergirls (whose number was strangely increasing recently) from bullying travellers and villagers, Nico was somewhat startled by Ritika's sweet voice as she surprised him from behind.

"Eeep...! I mean... h-hello Ritika, I didn't hear you coming. Uhm.. thank you for your kind words, I guess?",
he replied slightly raising an eyebrow. After all, spiritual pressure was not much popular among the all-female teaching staff, neither it was among the female students as it was considered... too manly. A different way to say "weak".

Three female students were with Ritika, all of them easily taller than Nico in spite of being his same age. All of them had flawless bodies complimented by large womanly bosoms, typical for Luciana girls these days.

"Correct I'm Nico.. the one and only h-hehe", he rubbed his head with a nervous smile. "Oh, and nice to meet all of you girls of course!".

"What's wrong Nico? We're all just fellow students, nothing to be too shy about." Ritika would tease, placing a hand on her hip as she continued. "And besides, you are in the courtyard, this is where many of the students go to train. It's a very common decision to spar out here over all places."

"Unless of course, you're nervous of that possibility." Ritika would call out, giggling as she did. "I thought you were aspiring to be a noble knight like that Anthony guy, why shy away when nothing's happened yet?"

"It's because he's scared of a challenge." Himari stated, the firey orange-haired girl mocking him with her tone. "He's working on something as simple spiritual pressure, he's not expecting on beating anyone half competent in a fight."

"Well I mean, she isn't wrong." Lucia added in. "The boys have been going lower on the ranking scales over the past few months. Maybe they're just getting weaker, or not training as hard as needed to be top-tier fighters?"

Nico was getting ever more nervous, which inevitably showed on his ever more flushed face as the four girls surrounded him from all sides toying with him with knowing teasings that were meant to provocate the poor boy into some adorably stupid decision like accepting a wrestling challenge.

And Nico fell so nicely for it. Fuming at hearing some rookie girls look down at him, not to mention unable to stand that "Anthony guy" comment, he snapped into a predictable reaction.

"It's that ANDREW guy please! And, spiritual pressure is a grand manly technique that was used by the four heroes to defeat the Demon King, just so you know!"

Too hot tempered for his own good, he would then add: "And finally, I am no afraid of challenging any of you girls in a sparring match! Uhh... o///o".

"Oh, is that so?" Ritika would giggle, finding his outburst entertaining rather than anything else. "Well, I would take that as a challenge in itself, and I'd be more than glad to accept it." She'd announce, rolling her shoulders to let her bag fall to the ground before getting into a ready position.

"Oh, I'd say it's more than a challenge." Himari agreed, getting into her own stance. The two other students appeared less intending on such a unfair advantage, but considering the important new goals the school was implementing (ones the unfortunate boys were not made aware of yet) they followed suite.

Nico certainly got himself into a mess. One that he wouldn't be able to get out of unless it's either by managing to win, or being dominated by the busty students, all aspiring to be adventurers or knights themselves.

Nico was starting to regret his previous brave outburst in defense of manly pride... but it was a bit late for second thoughts now, with all the four girls approaching and somewhat enclosing him from all sides, thus cutting off any possible escape in case he would wisely decide to try and run away.

"Hmm, how we'll do this." Ritika playfully thought, tapping a finger to her chin as she pretended to think hard on it. "Well since you've given us the ability to choose. I think I have the perfect idea." Ritika would then quickly rush Nico, placing her hand on his chest before hitting him with a blast of magic. "I think we'll just dominate you until you see that spiritual pressure is an outdated magic art."

"Sounds good to me." Himari would agree, quickly grabbing Nico as he was sent back from the blast and wrapping her arms around his hips. The busty student would then grin before quickly amplifying her strength with her magic, aiming to bring Nico down to the courtyard ground hard with a german-supplex. Luckily for both the participants however, the courtyard was made especially for the chance of sudden sparring matches, and as such the ground that wasn't part of nature was made of a similar material as used in a ring's canvas.

Although it would still certainly hurt to be slammed down hard by such a busty and strong opponent.

Gasping in shocked surprise, Nico was energy-blast pushed into the awaiting arms of Himari, who didn't miss a quick chance to tease him with with the marshmallow pressure of her bosom before stunning him with a lightning-fast german suplex.

"Uuunghhh.... d-dam..it.. @_@", the cute boy would groan waiting for the world to stop spinning, even though the soft training ground had saved him from worse damage.
Laying at the girls feet needing a few seconds to recover, the poor boy had got a clear idea of how the busty quartet of girls intended to do it: all four of them dominating him to their heart's content!
_________________
Ryu's team:

The four girls wouldn’t waste any time, now having the prime opportunity to play with one of their fellow students in a show of dominance. And to start, each would go down and get a hold of him, Lucia and Yukina putting him into separate leg locks while Ritika and Himari both put him into arm bars.

It most certainly wasn’t going to be a fair “match” for the boy, as they all immediately put pressure on the limbs they had a hold of. And as they did, Nico would feel the softness of the two girl’s bosoms surround a part of his arms from their hold. And after a few seconds of the hold, Lucia would build the confidence to shift one of her legs down, placing it on top of his covered boyhood before beginning to rub it quickly.