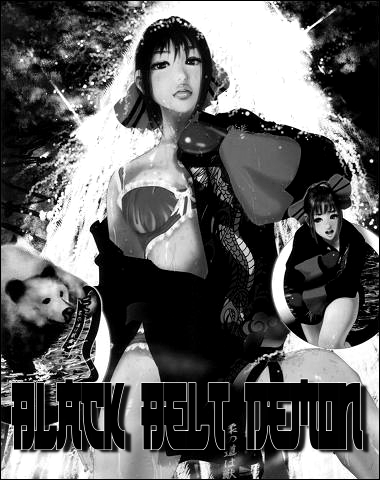 Physical Statistics
Endurance:★★★ - Years of wrestling have toughened her up a bit.
Strength:★★★ - Has improved her training regimen under Anesthesia’s guidance.
Speed:★★★ - Fairly nimble, can weave through attacks quickly.
Defense:★★★★★ - Excels at turning enemy attacks against them.
Technique:★★★★★ - She's a black belt in Judo and an Olympic gold medalist so...

Wrestling Statistics
Strikes: ★★★ - Working with Aisha has upped her punching game.
Submissions: ★★★★★ -  Despite her gentle nature, she can and will make you hurt.
Powerhouse: ★★ - Has been known to bust out a power move on special occasions.
Aerial: ★ - Ha. No.
Counters: ★★★★★ -  One of the finest technical wrestlers in Rumble Roses.

Makoto grabs her opponent's wrist with both arms and turns around so she's back-to-back with her opponent. The Black Belt Demon then bends forward to throw her opponent over her body, causing them to land on their head. 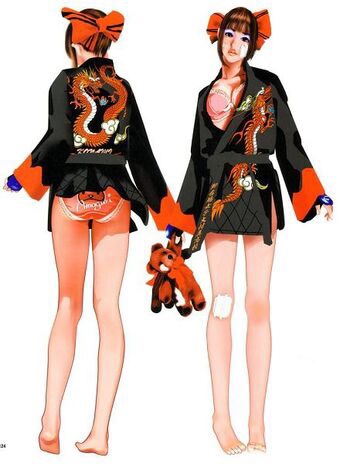 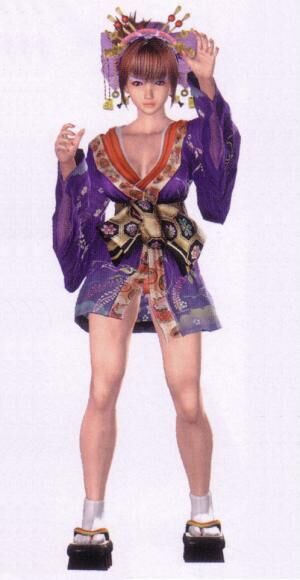 Personality:
Makoto was once the nicest, sweetest, happiest, lovingest person you could ever hope to meet. But the AFW changed all that.

After being abused and mistreated in the leagje, Makoto has soured on the sport she was once loved, and developed a deep disdain for the fans who cheered on her abuse. As such, she created a newer, darker look, one that fits the tone of the AFW better, and has became more ruthless and unforgiving. She’s out to prove that she can beat the AFW at its own game, that she can be as sensual and conniving as anyone, and she’s became merciless in her pursuits.

History:
Makoto’s career in the Rumble Roses is fairly well documented. She came in with a bright future ahead of her. A judo prodigy who’d captured gold before she even reached her twenties, the Judo Babe did well in Rumble Roses. She never claimed gold, but managed to have a fruitful career all the same, holding her own against bigger, stronger women with her tight technical style and patient mindset.

What’s less known, however, is what happened to her after Rumble Roses closed and she went about her way. During her time with the company, she’d developed a relationship with Aigle, a former rival and good friend. As they frequently teamed up and trained with each other, it became rapidly apparent that their friendship was becoming way more than that, and that they had genuine feelings and attraction for each other. In the final days of Rumble Roses, they became a couple, and when the doors closed, they went off together.

For a year or so, things were good between them, with Makoto finding fame and fortune throughout Japan in her Judo competitions and Aigle managing to get by in a lesser wrestling company, All Stars Wrestling. However, as time went on, Aigle grew more and more homesick - she’d never quite grown accustomed to life in the city, and the call of the wild proved too much for her. Makoto convinced her to stay, but this created friction between them, and it eventually came to a boiling point in a fierce argument between them. Words were said that couldn’t be unsaid, and Aigle wound up leaving Japan and returning home, to Mongolia.

Distressed and alone, Makoto felt like she needed to do something to take her mind off of the breakup, and recoup the monetary losses now that Aigle wasn’t helping pay for their apartment anymore. Though she wasn’t the biggest fan of the company, she decided to accept an offer from the AFW, figuring it would be a good distraction.

She came into the AFW with bright ideas, looking to restart her career, and finding herself in the best shape of her life. But that, sadly, wasn’t enough. The AFW was so different from Rumble Roses, encouraging a sexual style of wrestling that she simply had no answer for, and she took more early loses than she would’ve liked.  Losing was nothing new to her, but losing to women who were glorified pornstars was a different sort of thing. She also found herself tricked on several occasions, suckered by women pretended to be friends, only to betray her and beat her around soon after, with one such incident nearly costing her life.

She was saved from that incident by, of all people, Anesthesia, a woman she’d learned to distrust in the AFW. While she was initially skeptical of the woman, she couldn’t help but be grateful for the save, and the nurse did seem to have her best intentions in hear. She suggested that, in order to thrive in the AFW, Makoto needed to stop resisting the flow and embrace it, try a harder, darker style of wrestling. It didn't’ sit right with Makoto at first, but the more she thought about it, the more she realized the wisdom in the woman’s words. A changed needed to be made.

And so the Black Belt Demon was born.

+Has started to get into heavy metal recently, and has became a big fan of Des Row. She reached out to them on Twitter, and they agreed to do her new theme song.

+Spent a frankly  inordinate amount of time learning how to create her new ‘intimidating’ face. Has also been reading some self-help books.