Entrance Theme: Piero Pelù - "Fossi Foco (if I would be fire)" 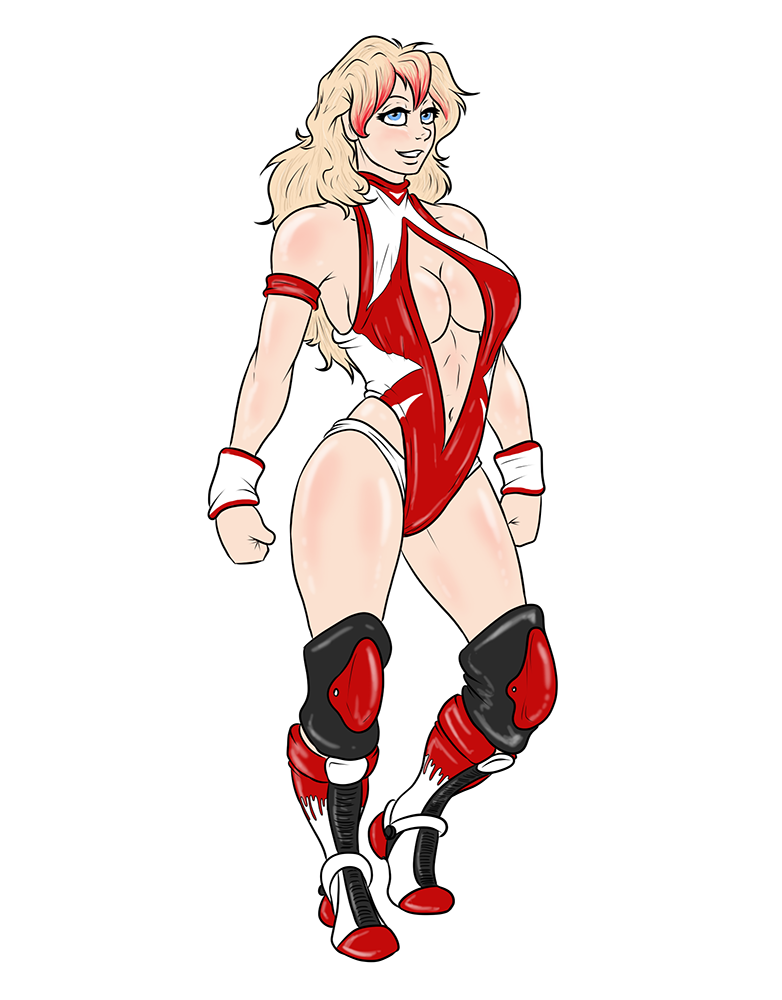 ((THE SIGNATURE MOVES WILL GET UPDATED SOON- for now she got the same 3 signatures of her team partner,with differences regarding the finisher and the submission hold.)

--Special/favourite moves -finishers--
(THE SIGNATURE MOVES WILL GET UPDATED SOON- for now she got the same 3 signatures of her team partner,with differences regarding the finisher and the submission hold.)


Gessica loves to show off, she isn t just a wrestler,but also a model,her fighting career usually takes too much time from her other job,and that helped her character in the ring to come out,why don t mix both?she is used to tease her opponents with her body,she is an energetic and funny girl to fight and hang out with.

Gessica had a simple life, and she thanks her parents for that, never had a lot of problems,without considering school bullies; she wasn t passionated in fighting sports like her friend and current tag team partner, Samanta, she always prefered the photografy and modeling,but her friend in the past managed to convince her to watch some matches,and slowly,she started to get interestes into it as well.
Gessica started to train around her 16 years old,helping a lot her body appearance,and especially strenght, and she managed to get into professional matches as well,her parents never wanted a life of violence for their daughter,but after all,wrestling isn t just violence (and no,she isn t a relative of the guy who invented the carcano rifle-) , they still don t appreciate her career,loving her too much maybe,they are scared about the idea to see her with a broken leg someday on TV.
Anyway,she prefers to stay in Italy,she lives in a little private villa,and fight in local tournaments,she doesn t like to travel,she s kinda lazy,but she gladly does that for international events,and especially when there is a tag team match with her friend.

-She lives in a small villa,her wrestling career gives her enough to be indipendent and have fun in the free time...well...the less time she got to relax,at last.
-Gessica is fluent in italian,and speaks a decent english.
-She loves red wine.