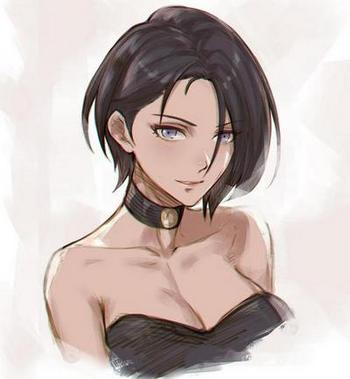 The source of her sexual sadism is all of her bottled up feelings that she keeps locked away, all of her frustrations and anger welling up and boiling over that she takes out on unfortunate women put in front of her. 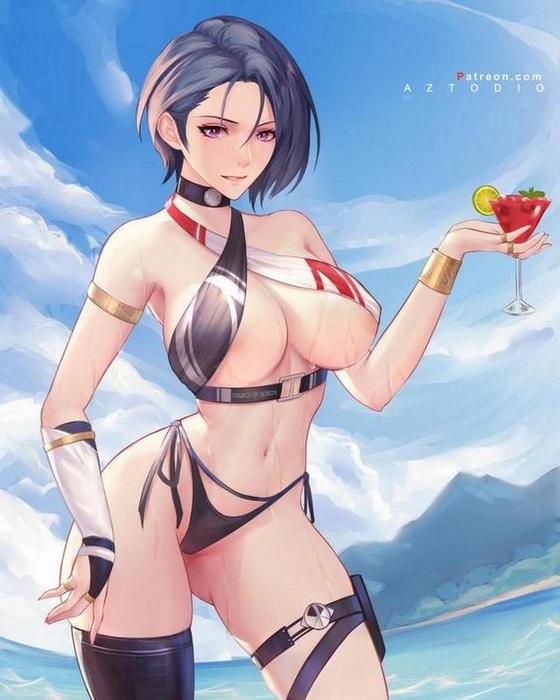 Background: Ichika was always a cold woman, never one to openly accept anyone with open arms. Such a personality was always noted by those around her who were quick to label her whatever they wanted with little repercussions as word would spread. Being beautiful from a young age always attracted dishonest attention to her, Ichika never wanted to include herself among those sort, but life had a weird twisted way of working out.

Upon graduating high school and a year into college, Ichika found work as an escort, her beauty and disposition making it rather easy for companies to find her and despite her reluctance, the money was far too much to pass up on. She did the work and very quickly she got a bad reputation for being unfriendly, rude, and an overall bad escort.

But she became famous for something else.

One day a client decided to have a little fun with Ichika and another escort he had hired after their job. He pitted the two of them against each other for his viewing pleasure. At first Ichika wanted nothing to do with it, but the other escort was willing with the amount of money he was offering the winner, goading Ichika to accepting the challenge.

The two stripped down into their underwear and what happened next was possibly the most enlightening experience for Ichika.

Bras and panties were quickly torn off as the two then tore into each other. With scratches and bite marks, Ichika got the other girl underneath her. And started to fuck her. It was the most satisfying thing that Ichika had ever experienced, to dominate and force her will over another woman as they writhed underneath her.

Her new found interest also made her a lot of money. While her personality was considered ‘unbearable’ many clients were willing to shell out the extra money to see her work her magic as none of the other escorts were ready to deal with her ruthless style. But quickly Ichika found that she wanted more, eventually none of the other escorts wanted to partake against her even with more money as Ichika descended into the world of sexfighting, going to clubs to find other girls willing to take her on. The amateurish ventures got her a few takers but nothing too exciting but she didn’t go unnoticed.

A promoter soon got in touch with her, claiming to be part of an underground sexfight club and wanted to bring Ichika into the fold of their sexfighting ring. Opposed to her earlier apprehension a few years ago, Ichika accepted with little hesitation as she threw herself headfirst into a world of pleasure and pain. In a short period of time, Ichika quickly made herself one of the premier girls, battling against other more experienced women in hot sexual encounters that pushed Ichika to her limits and rise above them while also finishing off her rivals in cruel fashion.

Ichika enjoyed it, spending the next couple of years riding the rollercoaster of wins and losses, but she knew that this kind of life was what she wanted. Which was why she was in a foul mood when the club shut down. She wasn’t not happy that her lifestyle was taken away from her and before she could go back to the grinds and find another club, she was approached by a manager who said that she could get exactly the same sensation she craved in a place that will never go away…