» [Sauna Match] Hawk Moth vs Asuka Kotori - Hot And Passionate
by LunarWolf Today at 3:05 am

It was time for Lucille's first match on AFW.  She had signed on to AFW a bit ago but it took her a bit to finally get into a match.  There were all sorts of real-life issues and additional paperwork that she had to work out.  Not having a manager made it hard for her to do so but now that was all out of the way and she could wrestle.  Part of her was excited, she was finally going to get in the ring and show the world what she could do but another part of her was nervous, she would be fighting in front of the whole world.  The French wrestler would slap her cheeks, psyching herself up, she needed to do her best tonight and put on a good show.

With that she would exit the locker room and make her way to the entrance of the ramp, just staying out of sight.  She would wait until her entrance music started to play.  Upon hearing it, she would make her entrance and be greeted by a cheering crowd.  It was a lot for her take in at once but she would simply inhale and wave back towards the crowd.  Lucille then made her way down, giving high fives to the crowd before getting to the stairs and and entering the ring.  She would then make her way to her corner and wait for her opponent. 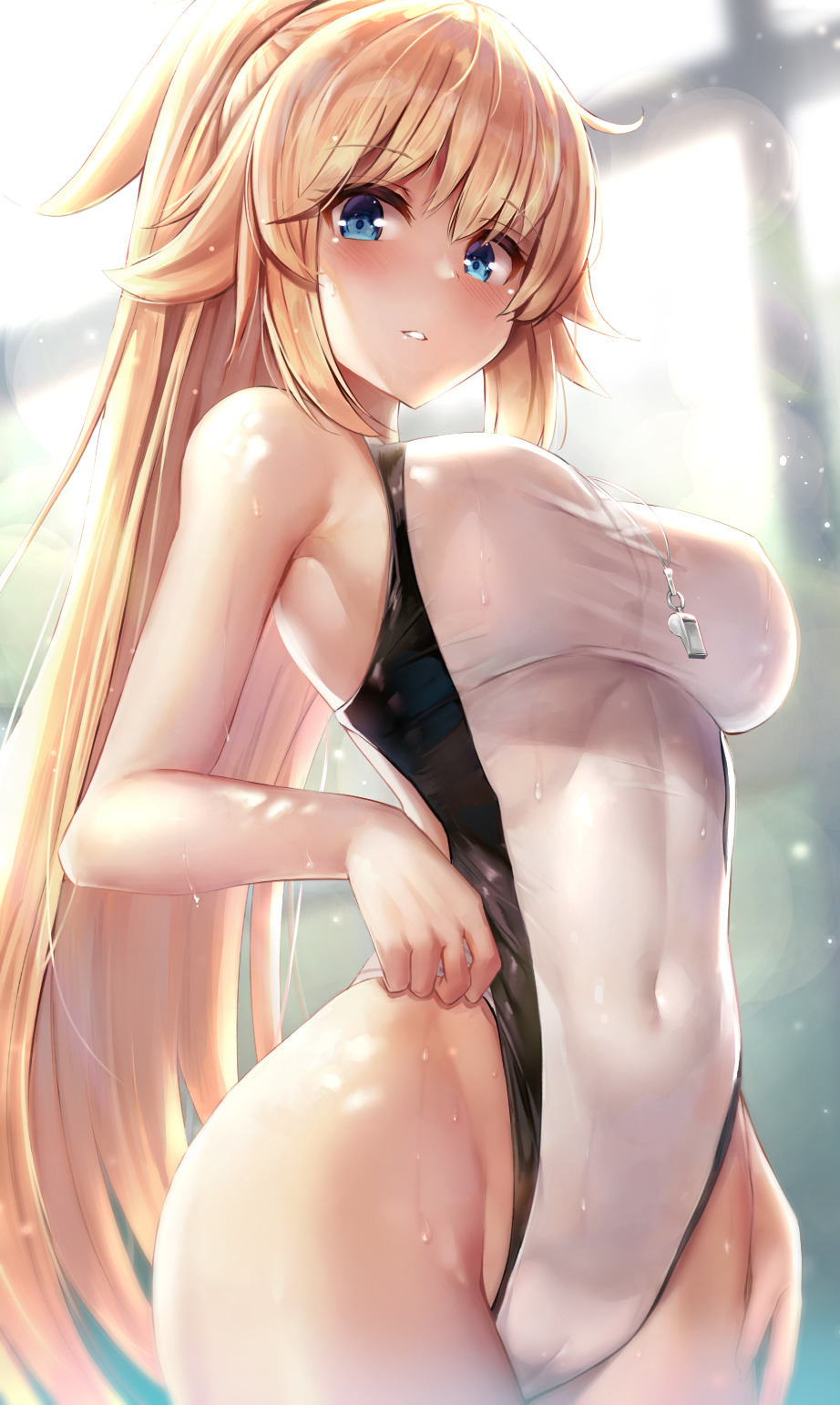 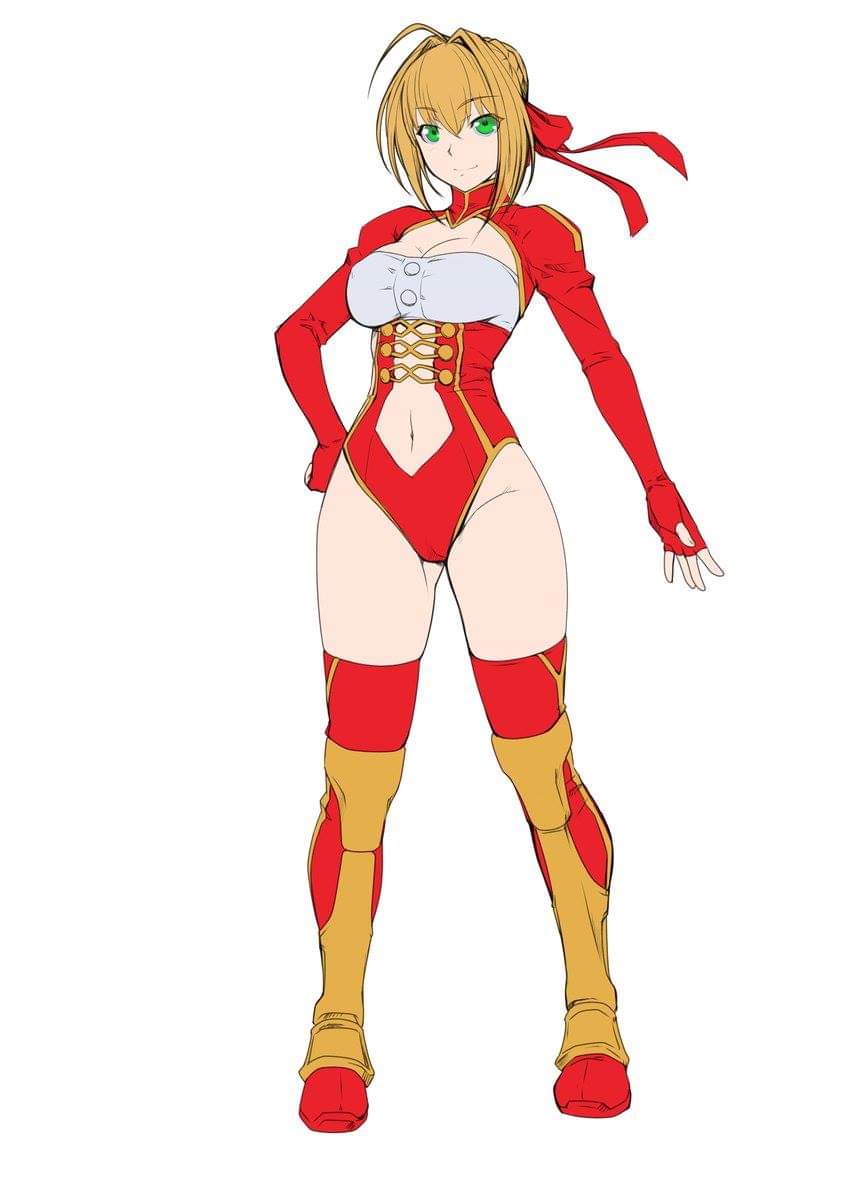 The Symbol of Love would take the stage as she graced the audience with her visage and was ready to give them another graceful performance of her wrestling abilities. She stood with her unyielding confidence that shined off of her, presenting herself to the crowd watching with her arms extended before lowering them to her sides as she turned her gaze towards the ring. Even though they were far apart, Claudia could see the beauty of her opponent...or at least an idea of it as she began to strut her way towards the ring.

Walking up the stairs in the corner, she reached the apron where she got a look at her rival. Another beautiful blonde, one could say that she matched Claudia in terms of beauty with her striking features. Claudia was already smitten with her opponent’s beauty as a smile curled on her lips, stepping through the ropes and entered the ring standing across of the other stunning blonde!
_________________
COME HERE FOR THE COLLECTION

Lucille watched as her opponent made her way down to the ring and entered. She had a great looking body and seemed to have an air of confidence. With that Lucille would make her way towards the center of the ring. The referee would keep an eye on her but the French wrestler would stop when she reached the center. With that she would extend her hand, wanting to give a friendly handshake before the match started.

"Greetings, I am Lucille, let's have a good match!" she stated in a happy voice as she gave a smile and would wait to see Claudia response. This would be a good way to judge her character and see what kind of opponent she was going to get.
_________________

Claudia kept her eyes locked on the beauty in front of her, never once breaking as she saw her approach from the other side of the ring. Claudia would move out of her corner and met her in the center of the ring as the girl politely extended her hand, “Such a polite beauty you are~” Claudia cooed as she extended her hand out to accept the handshake, giving a quick and firm one before turning Lucille’s hand over.

Bringing the back of Lucille’s hand up, Claudia would give a quick kiss to it. “Greetings lovely Lucille. I am Claudia. Let us indeed have a great match!” She replied with the same glee, such an innocence was impossible not be infectious as she released the hand, no matter how much she wanted to just take the blonde right there, Claudia wasn’t going to sully her good name with anything but a clean break.
_________________
COME HERE FOR THE COLLECTION

Lucille would watch as Claudia made her way to the center of the ring. She would then have her handshake and be told that she a beauty. This would cause her to blush a bit. Things would get even a bit more intense as her hand was kissed by Claudia. With that, there would be a clean break but it seemed that Claudia was a kind person who didn't break the rule. It looked like the two of them were going to have a good and clean match. "Oh my, aren't you very polite." stated Lucille and with that, she would make her way back to her side, giving a bit of room for the two of them.

The bell would indicate the start of the match. Lucille would start to circle the ring and extend her arms forward, trying to see any weaknesses in Claudia and get a better idea of her. Though if she really wanted to get a good idea she was going to have to move in and that is what she did, with arms extended she would try to start a collar and elbow tie-up to get a good feel of her opponent.
_________________

The look on Lucille’s face was adorable, Claudia really wanted to just jump her and take her as a conquest. As Lucille pulled back from their exchange, Claudia released her hand and let it slip through her fingers as she backed towards her corner, excited to get her hands on Lucille for real as she waited for the bell to sound.

And the second it did, she was off meeting Lucille near the center of the ring as they circle each other. Claudia had her eyes on her blonde cutie as the two of them sized each other up, before they closed in on each other. “Oooooh, want to feel me up? That’s fine, because I want to do the same to you~!” She cooed as she extended her hands, pawing at Lucille’s arms and hands before they got in closer, grabbing on the other’s collar and elbow!

Locked in their tie up, Claudia grunted as she shoved into Lucille. The cutie was also pretty strong for her looks as Claudia dug her feet into the mat, the taller blonde had the advantage in leverage that Claudia needed to pay attention to as she pulled down on the head and elbow, trying to get Lucille to hunch over as she pushed into her!
_________________
COME HERE FOR THE COLLECTION

Lucille would start to circle around as she moved in and would lock up with Claudia. She would smirk as she then heard Claudia comment about her. "Well, it's a good way to start the match and see how well I compare versus you. Though I think you have other desires in mind." stated Lucille in response to Claudia little comments. She would then attempt to overpower her opponent but it seemed the two of them were equal in strength. If the contest could not be determined by strength then it would then be determined by skill, willpower and speed.

The two blondes shoved into each other, neither one of them could get the advantage off of power alone as Claudia demonstrated by forcing Lucille to hunch over and take away a portion of her strength by not allowing her square up and push with her full body. But Lucille would be the one who would demonstrate her skill when she shifted her weight, pulling Claudia off balance and stepping behind her!

Claudia’s hands quickly reached down to grab onto Lucille’s wrists as she squeezed, trying to pull them apart and free herself as the struggle ensued. “Nnnngh...p-pretty good.” Claudia let out feeling those impressive breasts squish against her back as she tried to reach back, twisting to try and hook her hand on Lucille’s inner leg to use it as a leverage point to pull herself out of the rear waist lock and spin around Lucille’s to get her own locked in!
_________________
COME HERE FOR THE COLLECTION

Lucille had managed to get around and secure her arms around Claudia. She would then start to squeeze, trying to take the oxygen out of her. She would then smile as she heard Claudia comment about her. "There is more to me than just my looks." stated Lucille in a confident tone. Though she would then feel her grip on Claudia starting to weaken before suddenly feeling a shift in weight. Before she knew it, she would find Claudia had reversed the hold and she was now feeling her breast pressing against her back as her hands tighten around her.

"Using my own trick?" stated Lucille as she would then try to pull Claudia hands off her waist. As she did she would also try to push back and attempt to get the two of them into the corner. If her plan worked it would let her get out of this hold. Though she had learned something from the collar and elbow tie-up, this was not going to be an easy match, Claudia was just as strong and her skills were impressive.
_________________

Claudia managed to shift around Lucille to take her back as her arms wrapped tightly around the waist, giving the French Beauty a tight squeeze as her breasts mashed into her back. "It was rather nice!" Claudia quickly responded to her opponent's quip about taking her idea as Lucille immediately began fighting back against the hold, trying to pry her hands off! Claudia growled and grunted as she fought to keep her hands locked, twisting and leveraging herself to her hands closer to each other to give her more leeway in keeping her hold locked.

But it was much harder to do so as Lucille began shoving into her, forcing Claudia off balance as the Symbol of Love was forced to take back step after slow step. She was strong but being strong meant nothing if she didn't have a solid foundation as it showed with Lucille slowly pushing her back towards the corner. Seeing their position in the ring, Claudia knew that it was only going to be a matter of time until she was shoved back into the corner and forced to break and be put in a defensive position so she took action. Releasing the waist lock, Claudia tried to wrap her arm up and hook Lucille's arm as she tried to twist and shove Lucille into corner!
_________________
COME HERE FOR THE COLLECTION