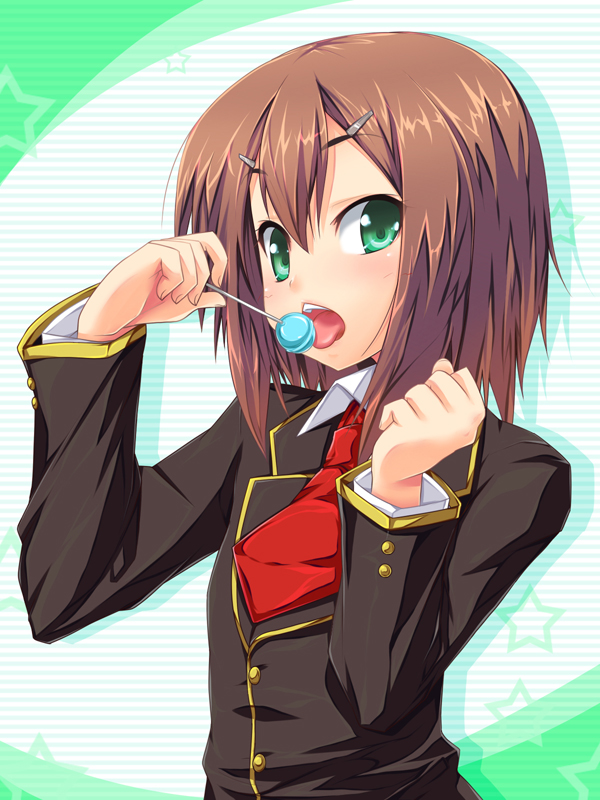 Endurance: 3/5 – He isn't the most durable, as Akiko can tell.
Strength: 4/5 – For his petit size and fragile looks, he really is a strong fighter
Speed: 3/5 – He isn't the fastest, but his reflexes are slightly better
Defense: 4/5 – Product of constant beatings courtesy of his sis
Technique: 2/5 – As green as they come

Strikes: 3/5 – His lack of experience would weaken him here if it wasn't for his raw strenght
Submissions: 3/5 – He doesn't have the heart to make people suffer for real
Power Moves: 4/5 – Is quite capable of lifting people several times his size
Aerial Moves: 1/5 – Putting him in the air is like putting a fish in the grass
Counters: 3/5 – Should be difficult to submitt him

Daichi normally acts like a kid, even if he's a young man, his looks don't help either. He's honest, bratty and unwittingly rude at times, but he also is also very kind and friendly with the people he likes. He normally acts with cockiness, even if it's clear that it's just an act, he is not really that self-confident with his appearance, is a bit of a scaredy cat, and is afraid of hurting people with his strength.

Daichi, alongside with his sister, where raised entirely by their mother, not really knowing anything about his father. He lived a happy home life despite the low income they had, but outside of his home things weren't so bright. Daichi was constantly harassed by other kids for his girly looks and meek attitude. He was bullied for not being man enough for roughly all of his school life, until he decided to stand up for himself.

The kids that made his life difficult where not having any of this new attitude, they cornered him and where fully ready to beat him up, the leader of their little pack even pulled out a dagger in an attempt to intimidate him. The sudden feel of having his life at risk made something wake up in Daichi's mind, survival. With a punch to the arm of the boy that was holding him, the feminine boy broke his arm with ease, after that he tried to punch the knife away, resulting on the leader's broken wrist. Ever since then, he acquired the constant fear of hurting people with his strength

Daichi was suspended from their school despite telling them that he was defending himself, but the leader of his bullies was the son of an important politician in their neighborhood. Later after that, he was expelled from the school before he finished Highschool, The assault against his reputation ended here for some reason and for his good fortune.

With his chances of studying being virtually ruined because of his reputation of a "thug", Daichi decided to work on other things. After finding out that he was gifted with strength beyond the normal, he decided to try a career in wrestling. He found AFW sooner than later, and decided to find fame and fortune there, hoping to give his mother and sister the lives that they deserved,

Hideyoshi Kinoshita belongs to Kenji Inoue, writer of the light novel Baka to Test to Shōkanjū
His website: http://inouekenji.blog.shinobi.jp/
His Twitter: https://twitter.com/Kenji_Inoue_