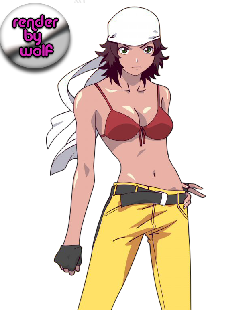 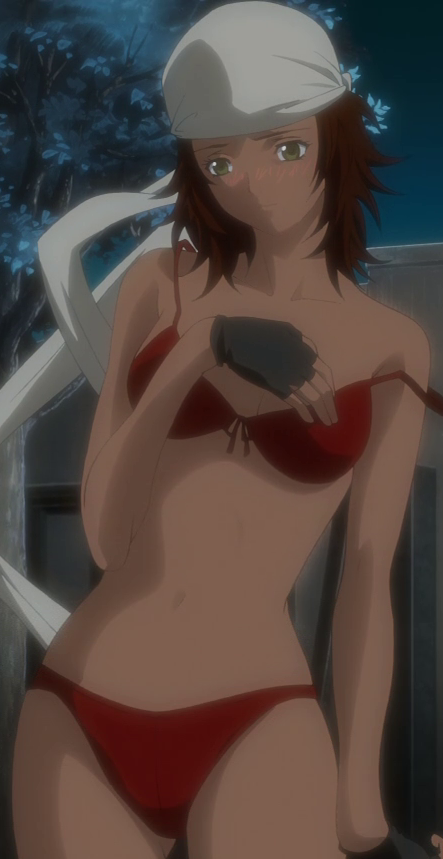 Personality: Very head strong and loud woman, makes everything a competition even the smallest of things she can make it into something competitive to prove herself as the better woman in and out of the ring. Is also very shy when meeting new people but once she knows you beware she will try to bug you to do something with her until you do.

Past/History: Iriya doesn't enjoy talking much about her past or family most would say she is a orphan who made her living by being the baddest kid on the block in her old area in Jpana, but after moving to __ it was there meeting a a senior student who took the young freshmen under her wing has known Ryo since they were in high school and when ryo went to college in Tokyo Iriya followed to be close to her friend.

After graduating she moved in with ryo and every job that ryo would take she would force iriya to join with her which to iriya didn't mind since she figured to help out her close friend but has been getting used by ryo for a long time and wants to stay by her side even when ryo made the jump to wrestling and got signed by AFW, Iriya decided to do the same so that her friend would not leave her behind.

Fun Fact
Loves Ryo in a Mistress/slave kind of way due to Ryo bossing her and humiliating her at every chance.
Is a heavy drinker and loves to party... but is a mean drunk
Sees Chloe Mason as someone who she wishes she could have been.
Will defend ryo treatment of her as ryo making sure she safe