Strategy and Style – Toned and physically fit to slender perfection, Nessa can be whatever she needs to be for most any given situation. Be it a wrestler flinging powerhouse or a resiliently flexible submissionist getting the absolute most out of her Olympically trained figure. While she is a relative newbie in the scene, she has in fact been wrestling as a part of her training regimen for quite a few years now and had developed a mapped out strategy in the form of showing off her physical prowess through overpowering slams before taking matters to the ground with cranked in submissions. Arrogance will usually abound once she’s in the driver’s seat of a match, rife with bicep kissing and a set of push-ups over a fallen adversary being some of the tamer examples.

1) Flip Turn – A move inspired by the technique used by swimmers when they reach the end of the pool. This one however sends her opponent against the turnbuckle and in a Tree of Woe position where they’ll be easy pickings for whatever demeaning, humiliating or just straight up painful maneuvers she can think of. If they really piss her off though she'll use it to throw her opponent over the ropes.

2) Anchor Lock – A masterfully applied rear naked choke that has their neck slotted into the crook of her arm with strained pressure being leveraged against them. Complimented further and made all the more inescapable by Nessa’s legs interlocking around their thighs and behind their ankles. The Olympian’s taut, sculpted frame bearing down on them until they tap or nap to the superior athlete. 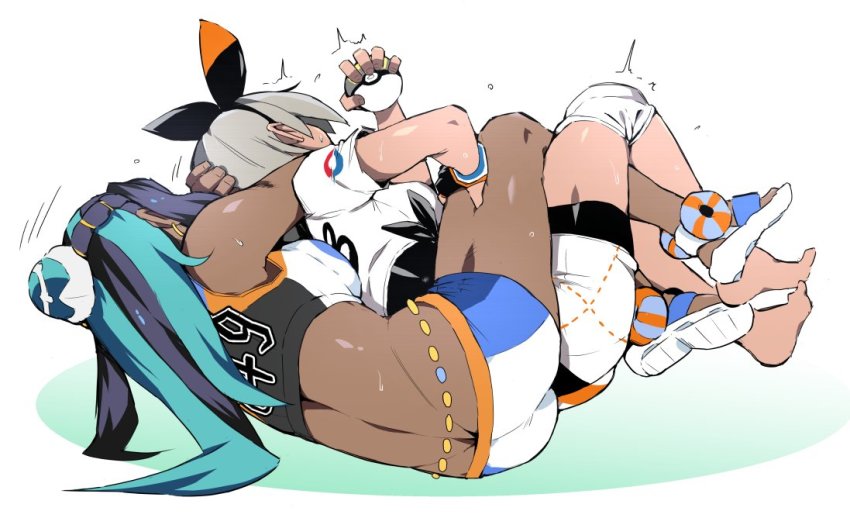 3) Crushin it~… – What’s a girl to do when she needs to get in her daily workout in the middle of a match?  Improvise, of course. Nessa applies a stifling headscissors made even more constricting and humiliating as she turns around to begin a set of pushups. Squeezing her strapping thighs and making her opponent look like a pitiful pushover all at once~...

1) The Olympic Clutch – Nessa wastes little time in taking advantage of a downed adversary by straddling them from behind and interlocking her fingers behind their head after tucking her arm’s underneath her opponent’s. The Barracuda has her seasoned swimmer bod cranking their spine backward while squeezing their shoulder blades together. Perhaps even swinging them left and right in a Full Nelson Camel Clutch that has them submitting like the loser and inferior athlete she’s showcasing them to be.

2) N.K.O. (Nessa Knock Out) – Nessa’s total knockout finisher (vaingloriously named after herself) that has her hauling her opponent atop her shoulder’s in a Fireman’s Carry. For now using them to show off her seasoned swimmer body by performing a few flexing squats before bringing down the hammer in a booming cutter that has their jaw rocked on impact and easily puts them down for the count.

3) Tropical Storm – Nessa's finisher where the threat level stems not just from the thunderous downfall, but from how she can spring it on an opponent from out of nowhere. Upon punting her adversary in the abdomen and stuffing their head between her sinewy thighs, Nessa hooks their arms behind their back and hauls them into the air with a rolling rotation before slamming them down in a double-underhook powerbomb. 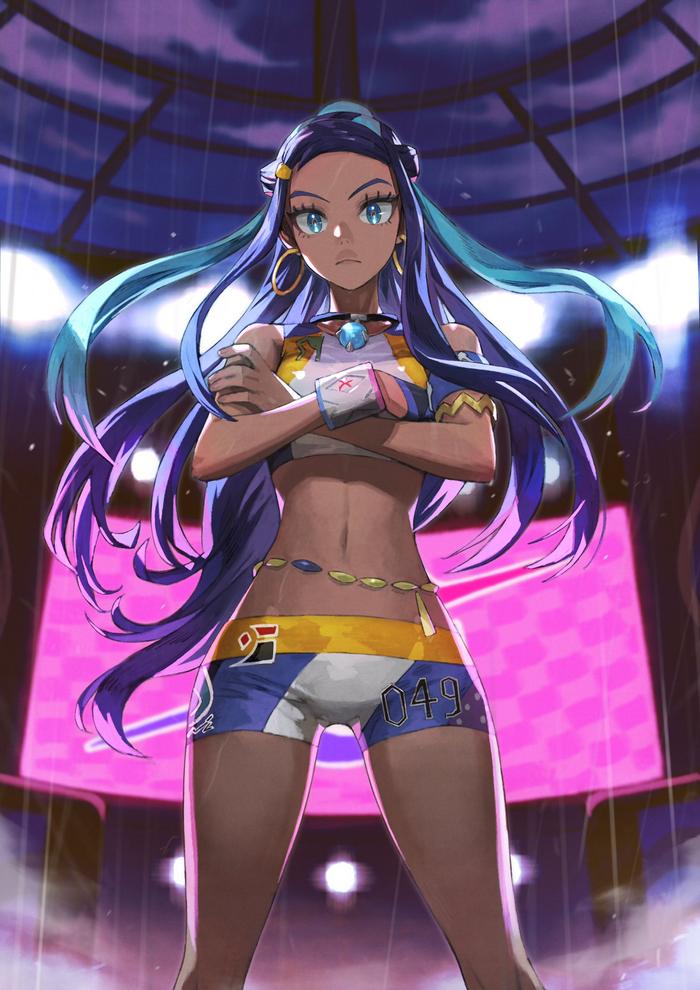 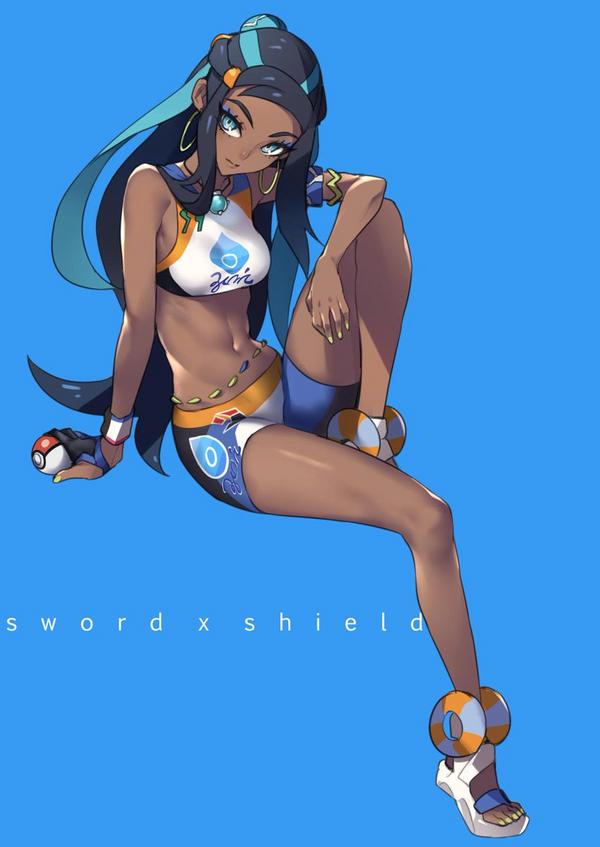 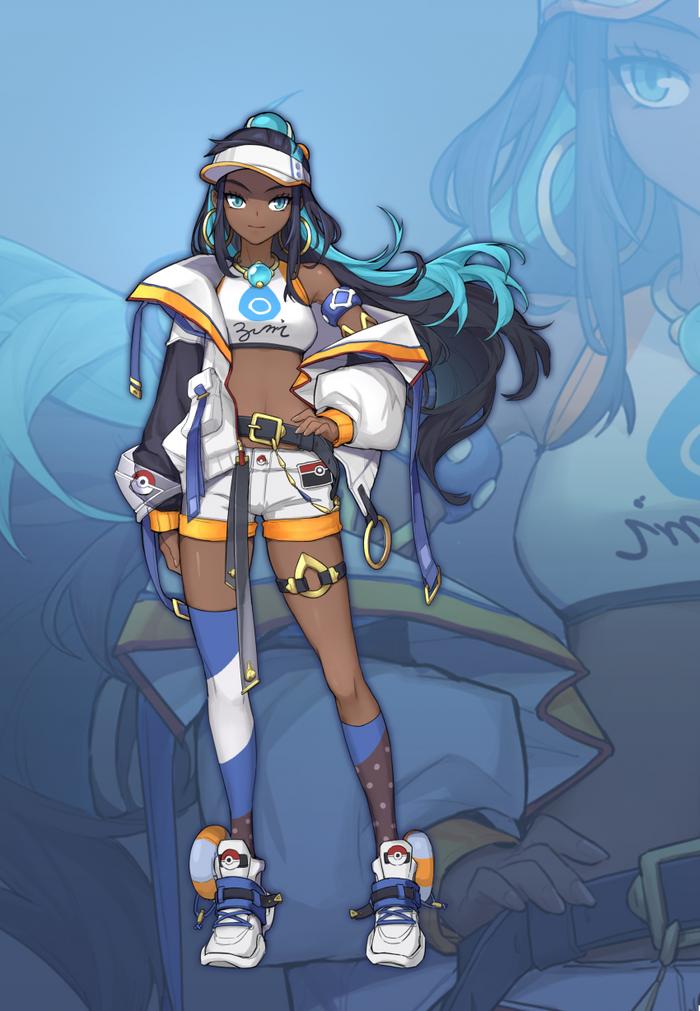 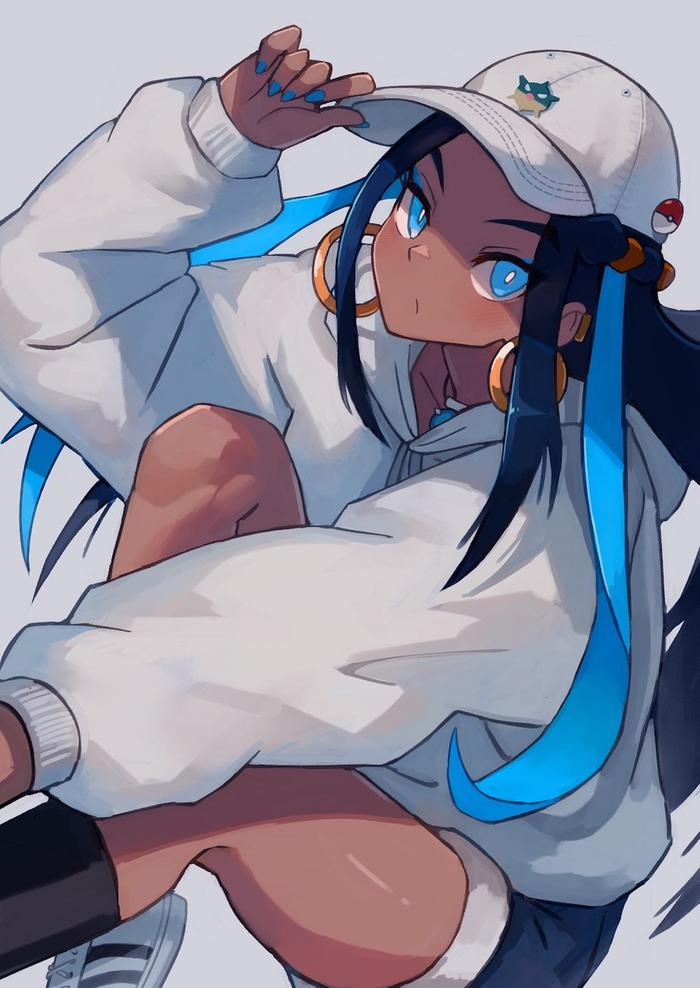 Right Before A Game Winning Spike~… 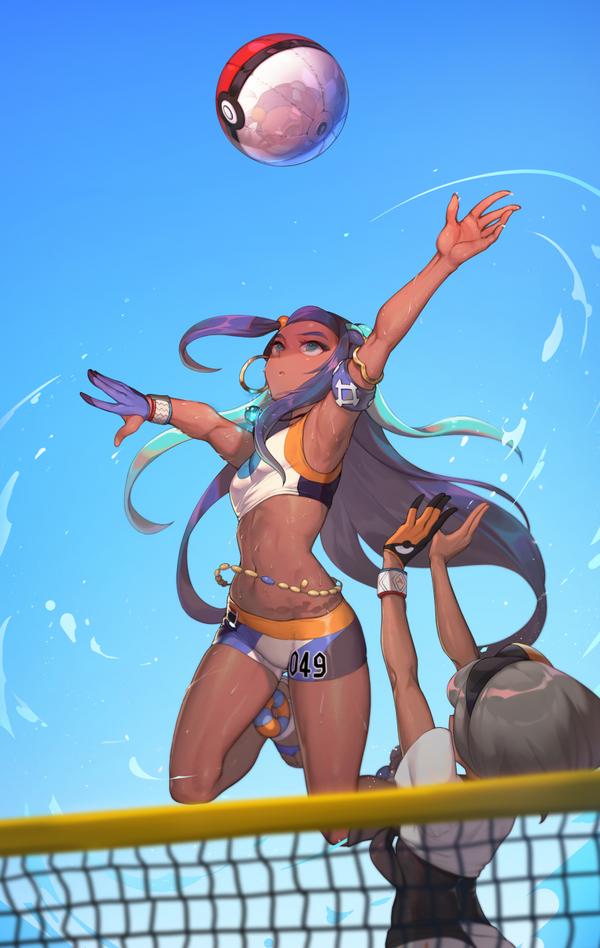 Personality: Nessa possess the arrogant side of a winning attitude and is pretentiously competitive. A high achiever in many sports and has seamlessly transitioned into wrestling in a short time. Before the battle has even started she wants people to thank their lucky stars that they now have the prestige to be beaten by someone hotter, better and far more experienced and physically fit than they are. The muscles don't lie, the abs neither. She's sadistic in the ring and unafraid to throw in some lustful overtones when she’s in control. The Championship trophies adorning her shelves showcase how driven she is to succeed and how diligent she is in her training, although the celebrity high life has her draped in false friends who bolster her ego further. A reminder of her humble beginnings may help…but she’s only concentrating on looking ahead.

Past/History: Although born into a modest seaside village in Aruba, Nessa’s remarkable penchant for deep-sea diving and swimming in general ended up having her be raised by distant relatives who could afford better training and accommodations for her. Living in high society was indeed a boon to nurturing her hidden potential, but with that upbringing came an obsession at excelling with gloating glee right in the loser’s face. Athletically gifted in most sports, swimming indeed became the one sport she loved over all others throughout her high-school and University years before being signed onto the Aruban Olympic swimming team. Gold medals being slung over her neck in the Backstroke, Breaststroke, and Freestyle with more to come as the years went on. A world-class and ravishing beauty like her garnering numerous sponsorship deals from Gatorade to Speedo while posing extravagantly on Sports Illustrated~…although press junkets ended up revealing her flamboyant arrogance and tendency to gloat about her achievements. Eventually she became a polarizing figure in the sport with some believing she was either a condescending bully who kicked competitors while they were down, or believed she was simply an athlete hungry for competition and accolades. Whatever camp you sided with, the recognition and debate didn’t exactly hamper her ego loving all of the attention.

A brawling catfight with one of her competitors one day did lead Nessa into taking self-defense classes that eventually became straight up wrestling lessons since it proved to make the most use out of her sculpted figure and muscled strength. It was mostly just take downs and wrestling holds to prevent her opponent from attacking her but ultimately she grew fond of actually manipulating her opponent in holds and embarrassing them by displaying their own weakness. As of now she’s amassed herself quite a mini-fortune with even a few movie credits to her name, but she ultimately settled down along the coast of Tokyo due to it’s beachside accommodations…and the proximity to AFW. Which was a new venture to tackle in between Olympic events, a place to showcase her beauty and strength over pretty little stepping stones, and where she made her inclusion official with a contract signing that had the sports news world buzzing and her name trending.

Dislikes:
- Arrogant Bitches
- People Who Underestimate Her
- Men Hitting On Her Who Have Zero Chance
- Losing
- Jellyfish

Fun Facts:
1) Nessa earned her nickname of “The Barracuda” from sport’s journalists making note of her ferociously competitive instincts and how she seemed like a natural predator whenever swimming during her Olympic trials.

2) Revisiting her family can be a strenuous experience to say the least as their laid back, rural, seaside lifestyle contradicts sharply with her private jet riding and extravagant way of living. Moreso when they pay an unexpected visit to her house and make a mess of her apartment…

3) Nessa’s aquatic experience pertains to more than just her swimming capability, as the APEX athlete is one of the better drinkers amongst all of her swimming compatriots. But those scant few who do somehow see her black out drunk are in for quite the hilarious treat. 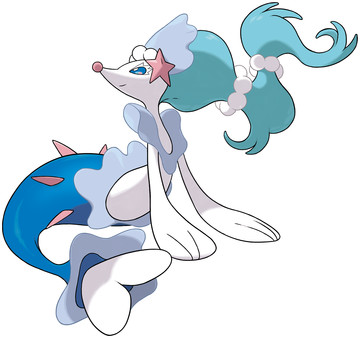