Time to work the rust off [For LunarWolf]

Time to work the rust off [For LunarWolf]

To say that Sophie Greene needed a good workout was putting it lightly. She hadn't been nearly active enough lately. So when she was contacted about a potential sparring match, it seemed more than worthwhile to accept. It hadn't been made clear who she as meeting up with. Just that she had to head to the gym and wait for her in the training ring. While it wasn't exactly mandatory, Sophie couldn't imagine a good reason not to go. And besides the girl could always use a good workout. It didn't much matter who she was up against, a chance to get the blood flowing and maybe tie that into a future match seemed worth it for her. 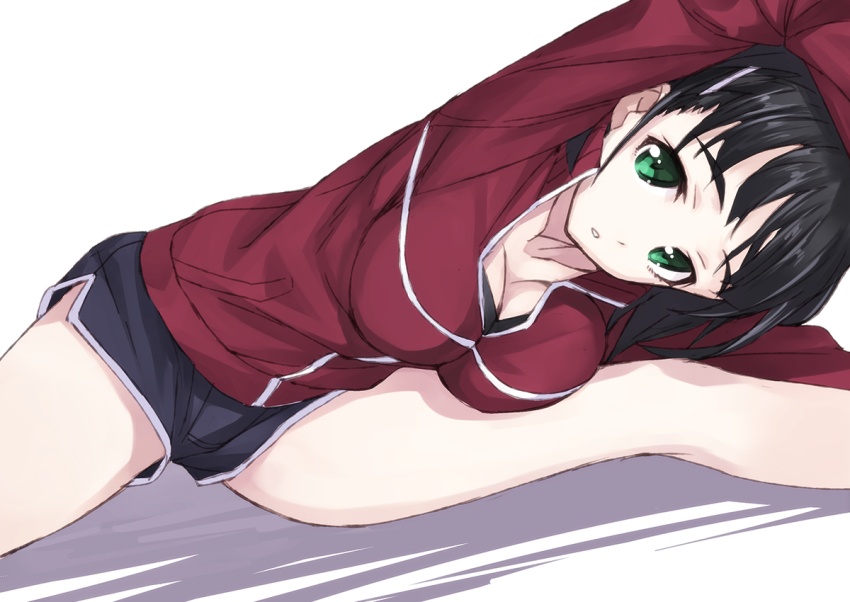 With all that in mind, Sophie made her way down to the gym. It was the usual place and same as always. People working out, a good amount of chatter, and in some ways pretty relaxing. Sophie herself wasn't the center of any sort of attention and instead she could just take in the atmosphere. A smile on her face as she got more hyped up for this. It was after all a good chance to work off that rust so she wasn't going to pass up on it.

The training ring did have a notice about it being scheduled for private use for Sophie and her opponent. With that in mind the dark haired girl slipped inside and got to waiting. Stretching herself out as she looked forward to what she thought would be a good and friendly training session.
_________________
Fairy World Characters

Lucy hadn't been in many matches lately, her latest one had been against Sakura Hagiwara and it seemed that since then she wasn't very popular for the way she had treated the pop idol. Not that that mattered too much to her. Though because of that now that the higher ups seemed to want to get her back into the ring, she would have to undergo some warm up, practice...and that sort of thing.

Having been gone from the ring for so long, they had decided to set her up with a sparring partner, apparently it was someone else who had a fair bit of ring rust herself. Stepping out into the gym, Lucy wore a pair of black yoga pants, clinging tightly to her legs along with a black tank top with a sports bra underneath. Her hair was tied up into a pony tail. She would walk up to the training ring and look over at her opponent, buxom, with short black hair. Scoffing a bit, Lucy kept looking her opponent up and down with her mismatched eyes. " So I guess you're the loser that's gonna spar with me huh?" Lucy said in an annoyed manner.
_________________

At the very least she didn't have to wait forever. Some stretching and eventually she could notice someone approaching. Unless it was a fake-out she had to presume this was her opponent. Or well more accurately she supposed just a training partner. It wasn't exactly some official match.

"Huh?" Sophie standing up after listening to a rather rude introduction. "That's how you are starting off? Guess I couldn't expect a sparring partner with manners." Shaking her head with a sigh. She could only imagine what kind of personality this girl was bringing to the table.

Getting a last bit of stretching in while she was standing, her breasts pressing out a bit against her top as she did so. "Well guess I can be the mature one here. I'm Sophie, your reluctant sparring partner."
_________________
Fairy World Characters

Watching her opponent stand up and talk back to her, Lucy would simply grin at her and place her hands on her hips. " Yeah I feel pretty good about that start." The redhead let out as she would walk up to her opponent, stopping a step or two away from her.

" Manners? I thought you were a wrestlers. Don't tell me you are here to make friends and have a jolly good time. So freaking lame." Lucy rolled her eyes at the raven haired girl. Watching her stretch and arch her back.

" Huh? I only give out my name to people who've earned it." Lucy cockily spoke as she heard Sophie introduce herself, " You seem like...you won't be able to earn it. Miss Flab." Lucy said as she would bring her hand up and poke at Sophie's generous bust. " Have you tried going on a diet?" Lucy continued mocking her sparring partner.
_________________