General Info From AFW Files:
Hailing from America, Marisa Evans was a model before joining with the AFW. Early in her modeling career, she discovered that whenever disputes between two people came up, brawling was generally frowned upon, out of fear of wrecking their valuable faces/bodies, as were loud arguments, due to bad press. Sexfighting, the art of forcing orgasms from another, was the model's preferred mode of fighting, and Marisa excelled at it, and grew to love it. Soon, the love of sexual combat drove her to leave her modeling agency and seek out the AFW's Hentai Division. However, in recent months, it seems as if Marisa has either formed or taken over a modeling agency of her own. Although the details of how this happened are unknown, she does use the agency's resources to help promote the AFW from time to time (for ads, commercials, etc). The running of Siren's Endevaors (the agency's name) has made Marisa take more time away from the AFW and it's fans than she would like. But she still remains on the roster, eventually planning to make a run for and take a prize that has eluded her for so long: The AFW Hentai Championship Belt.


Her friendly and flirty nature seems to have earned her face status. Marisa loves to play to the fans, more than willing to strip a foe and bring her to a screaming climax in front of them. Of course, the same has been done to her, but her fans don't seem to hold it against her. The former model rarely engages in violent matches such as hardcore and the brutal cage matches. Instead she views the sexual matches as ones of 'true skill' stating that "Any fool can club someone into submission. But, to force someone to surrender to their lust, to make them come against their will while resisting them doing the same to you, that takes skill, and willpower."


Note: The photo comes from one of Marisa's fantasy based photo shoots. She liked to wear the gown so much she chose it as her in ring attire, but the staff she decided she could do without.

Although the model has changed her hairstyle and haircolor, Marisa still uses this as her standard ring attire...at least for matches that require it. 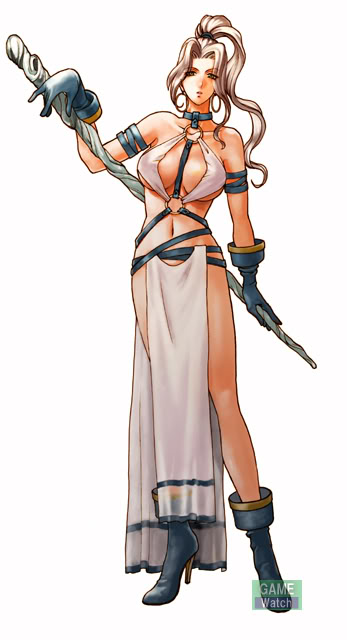 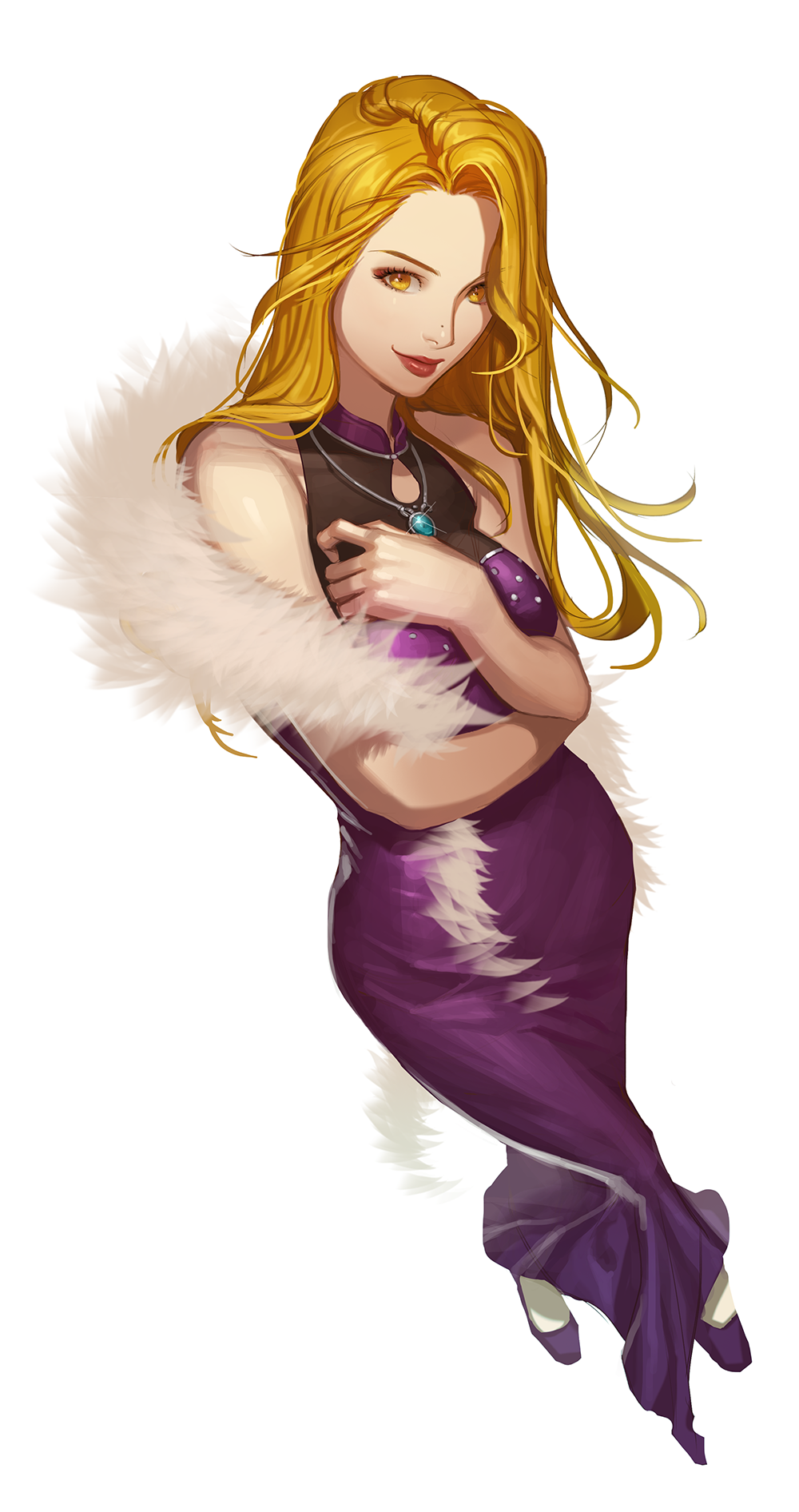 One to save for the swimsuit competitions: 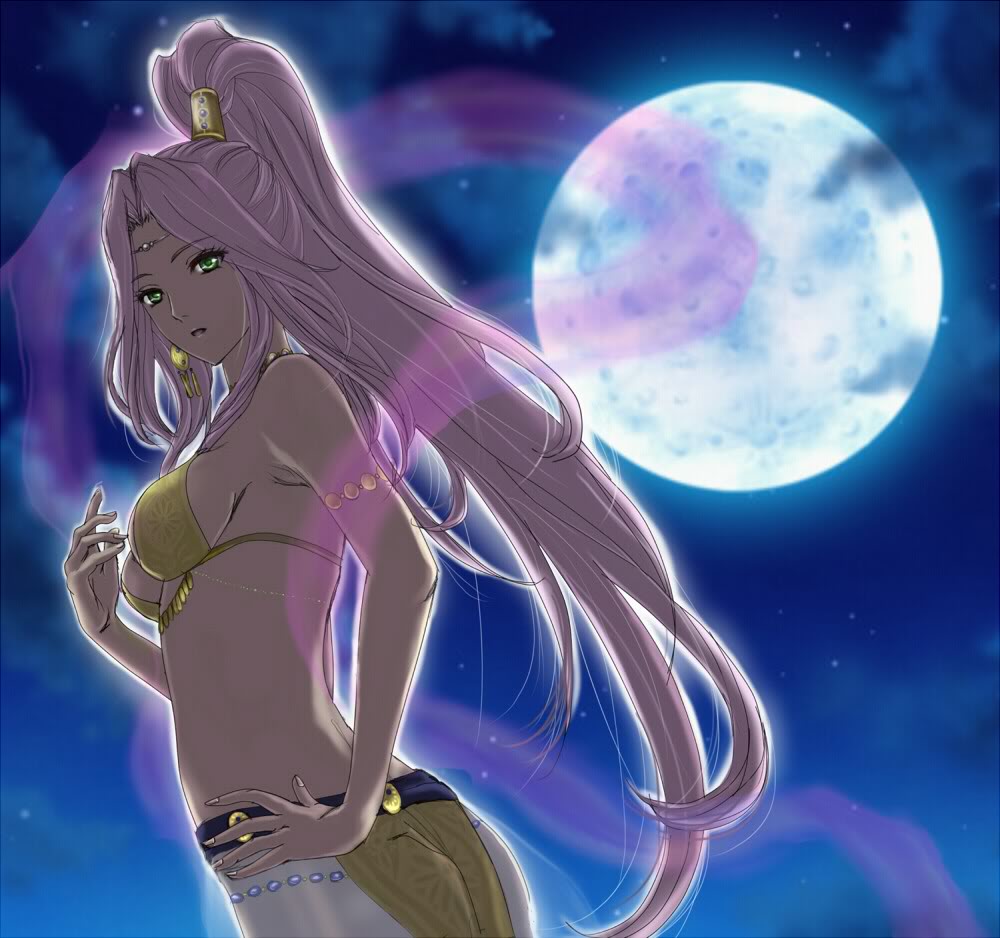 Record (Marisa has competed in many more matches than this, however, the majority of them have been lost due to our moves through the years. As such, these are the easiest to find and confirm)
Wins: 5
Losses: 5
Breakdown:
Lost to Tana Matahina
Defeated Tana Matahina
Defeated Chelsea Stanton
Defeated Belinda the Blond Bombshell
Lost to Belinda the Blond Bombshell
Lost to Tana Matahina
Defeated Natalia the Dream
Defeated Akashi Tanikaze
Lost to Azami Tsukimori
Lost to Natasha Loclear
Relationships:
Tana Matahina:
Tana has a special place in Marisa's heart and mind as the first rival she had in the AFW. The 'Dominator' had lived up to her name in their first encounter, not only beating Marisa in a hentai match, but also forcing her to call Tana's name as she climaxed in a show of well.....dominance. However, the Platinum Blond had her revenge in a hentai submission match, a match type Tana supposedly held the advantage in, forcing the stubborn girl to submit in the Tree of Ecstasy and then taking Tana as her 'slave' for the night. Since then, Marisa has been awaiting Tana's return to the AFW hoping to renew both a rivalry and a friendship of sorts. That wait ended when The Dominator returned a few months ago, surprising Marisa with a sexual submission match. The former model was forced to submit in a hentai themed match for the first time in her career in the AFW, rekindling their rivalry and the odd friendship that has sprung up from it.
Level of Attraction: 3
Updated thoughts from Marisa's online video blog, made especially for Tana: "Here I am, the day after our submission match. Wow, Tana. Just wow. After such a long absence you come back and force me to submit in front of everyone, for the first time ever in the AFW. (Smile) Nicely done. You did things to me in that match that still sends thrills through my body.  Although, you do realize I'm going to have to do something special to get you back. So enjoy your win while you can, Tana, because you know we're going to meet again. As always, if you're ever in New York, you know where to find me. Until then, kisses.."

Note: Marisa's attraction system works on a one to five scale, with one and two being her degrees of dislike. (And honestly you'd have to do something pretty bad to get to one, cause hate doesn't come to her naturally) three and four her levels of infatuation, and five being love.