Transcontinental: Maricarmen will get onto the top ropes when her opponent is down. As they stand up, she will leap at them, grab their head with her ankles and turn her body as though she were going for a huricanrana. Instead of slamming them down, she will use momentum to spin them around and send them flying towards the opposite turnbuckle she jumped off of. She will then spring up and run forward and leap up to the second rope, raising one fist and grabbing their head with the other. She'll then fall backward, pulling them into a slam as she lands on her butt. 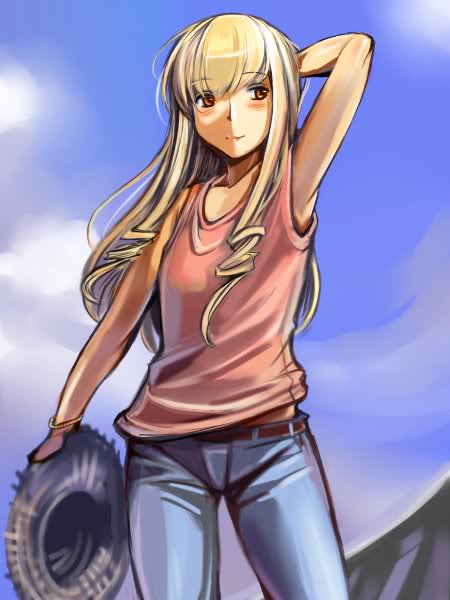 Maricarmen outside of her Grandfather's ranch. These are typical clothes she'll wear outside of the ring. 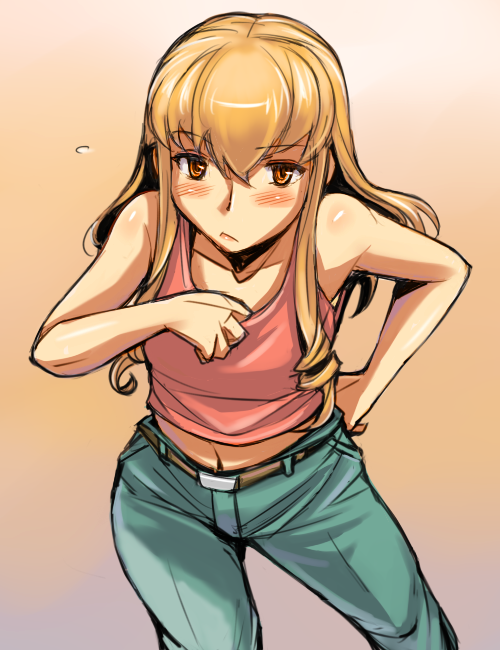 "Excuse me! W-What are you staring at?"


Personality:
Maricarmen is a stubborn and prideful girl. Though though she bears a tender heart deep down, she is reluctant to show it. She'll trust people but is not naive. She doesn't like to be toyed with and can get a bit rough when pressed. She isn't a mean girl by nature but sometimes she can come across as a bitch because she doesn't like being poked and prodded about things. She'll do her best to be civil to strangers and if you make her your friend she might tease you a bit. But she doesn't like to be teased back.


Past/History:
Maricarmen is born to an Albanian fashion model and a Mexican business man. During his travels, Maricarmen's father would take trips all across the world and stay in top scale hotels. by chance, he had met the same woman several occasions at the same hotels. never one to believe in coincidence, he took it upon himself to track down the woman and they two began a relationship. Heated at first, eventually Maricarmen's father convinced the woman to come back to Mexico and marry him.

She agreed and had several children the last of which was Maria-Carmen. Because of her father's work and the amount of kids int he family, Maricarmen and her siblings spent much of their childhood on their Grandfather's ranch. Growing up, she worked hard and played hard and became somewhat of a Tomboy. During the days she played in the fields and helped attend to the animals but at night the whole family would gather around an old grainy television and watch Los Luchadores! Carmen was enthralled by the idea and would always be the first one to start up wrestling with her brothers.

In school she faced some difficulties. Out of the seven children, she was the only one who was born with blond hair. She looked the most European and was picked on every so often for her looks. Sometimes she would beat up the other kids, sometimes she would ignore it. The words didn't bother her but she wasn't able to make many friends. Only a girl named Therese, who had ended up in Maricarmen's school, and who had no Mexican heritage at all, befriended her, suffering through the same fate. The two bonded and eventually they attended university together in America. While there, Maricarmen signed up for the wrestling league, learning some of the more classical style moves. After graduating, she knew what she wanted to do She felt alive when she was inside the ring and moved to Florida to try and get into Indie-Leagues. 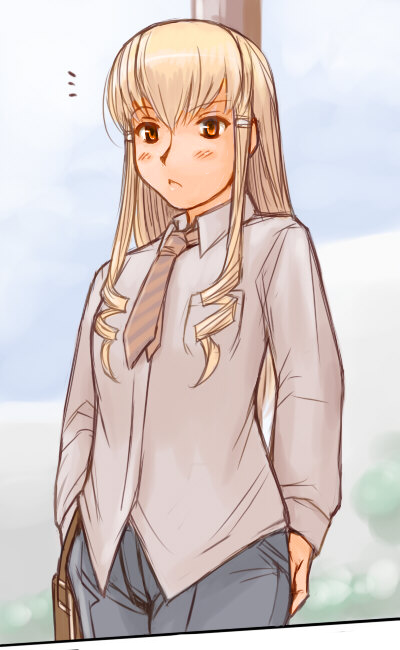 Maricarmen in business casual attire. Her preferred 'Dress up' attire.

After two years of learning some more moves and getting some experience, she decided to try and enter a pro league. She had heard that Japan was a veritable breeding grounds for pro-wrestlers and saved her pennies and moved to Japan. There, she was astonished to see how prominent the AFW league was and signed up eagerly. 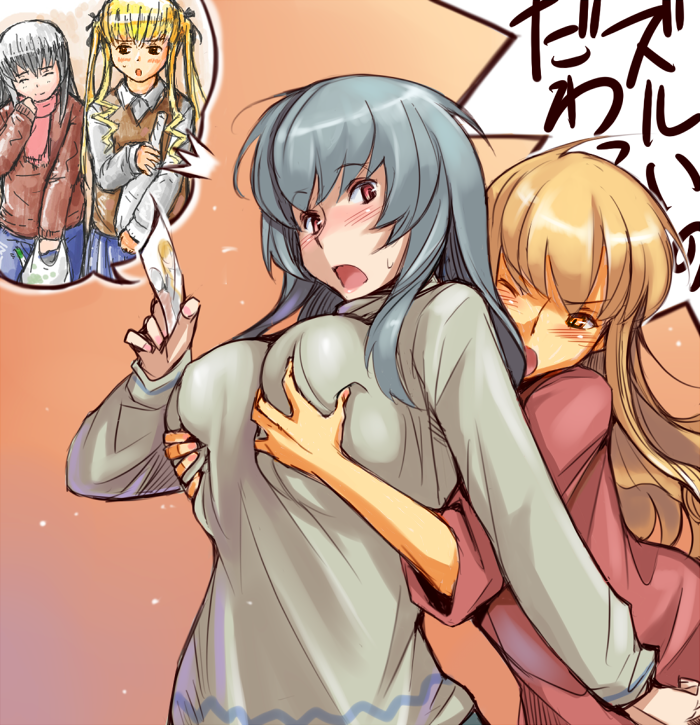 Maricarmen and Therese. Maricarmen's too upset to realize where she's grabbing. 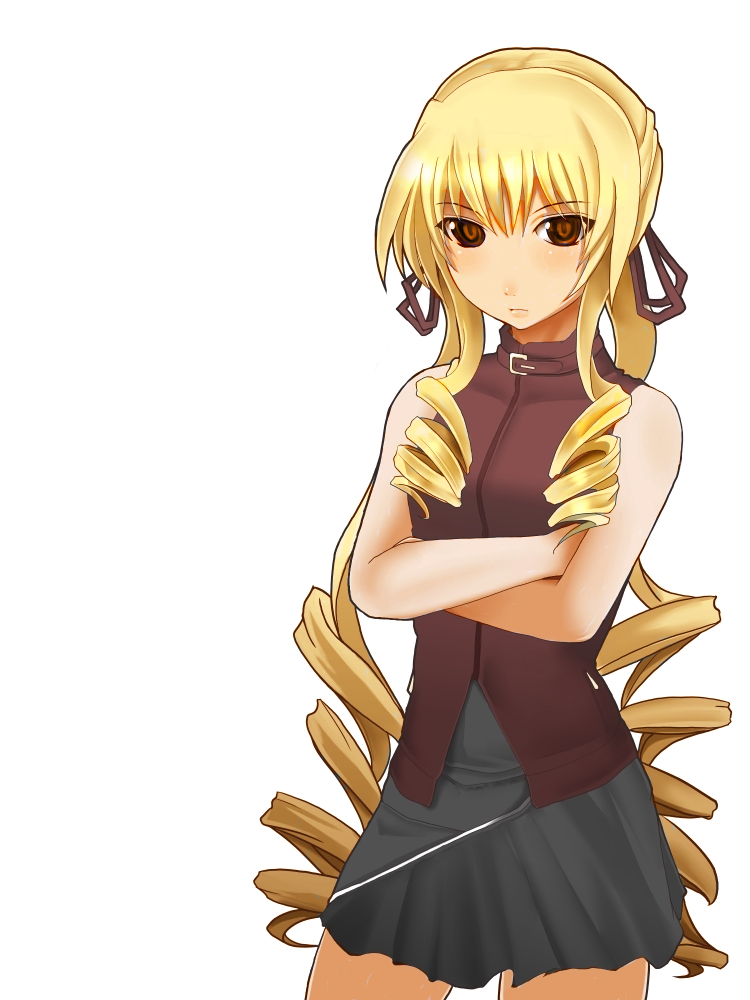 Maricarmen knows it doesn't hurt to look a little sexy int he ring. A good persona can make or break someone in this business. This was her final attempt after a long day of her and Therese trying out outfits and doing her hair over and over. She's a little upset from the long day and finally just said 'We'll do whatever the next outfit and hairstyle are no matter what!" Because this was the final shot  the promotions mistook her for a heel of sorts. She still wears the outfit but not the hairstyle.

Maricarmen loves dogs! Her Grandfather had always had packs of them ever since she was little as he ran a small dog shelter/kennel/dog breeder business on the side along with his ranch. 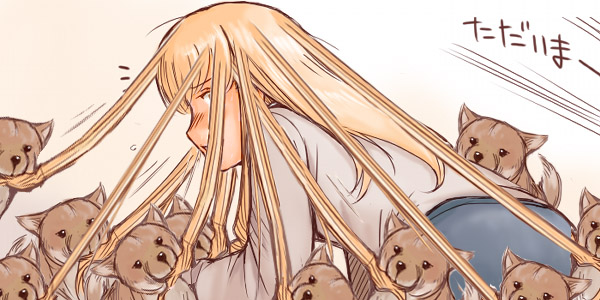 Here she is being buried in puppies!

-Therese moved to Japan with Maricarmen. They live in the same apartment.

Vs. Jamie Valentine via disqualification [LOSS]
Vs. Masako via pinfall [WIN]
Vs. Syd via Submission [LOSS]
Vs. Emily Clarkson via Pinfall [LOSS]