» To Continue The Way, Sometimes You Need To Stop
by HighFly Today at 12:36 pm

» Shibita Aruku vs. Peggy McIntyre
by HighFly Today at 12:32 pm

» The Wrong Door
by Teenwrestler Today at 12:24 pm

Style: Sena, in essence, is quite the powerful fighter. Being quite toned, she hold quite a bit of strength behind her frame, able to keep up with most powerhouses, possibly overpowering some of them. While she could probably slam her opponents around, she enjoys teasing her opponent much more, sensually and sexually.

Strategy: Sena will more than likely try to mess with and tease her opponent from the start, the amount of how much she does judged on her opinion on her opponent's looks and eventually attitude. She loves to trick her opponents into convincing them that they want Sena's teasing and sensual embrace, moreso if they are very against it at the beginning

Favorite Moves - Any sort of smother or moves that gets her close to her opponent so she could work her teasing.

- Untitled Capriccio: Getting her opponent in a headlock, she will lift them in the air in a vertical suplex position. Holding them there for a good few seconds, she'll then jump up in the air and drive her opponent's head into the canvas, giving them a jumping brainbuster. This move can be also performed from the top rope if her opponent is giving her too much trouble.

- Muramasa: Named after the replica blade that she carries around with her. Sena kicks them in the gut, getting them in a gutwrench position before picking them up, resting their back on her shoulder. She will then bring her hands up to their head before jumping and falling backwards, hitting a gutwrench neckbreaker.

- Sensual Assimilation: After flooring her opponent, getting them on their back, she would crawl over her opponent in a 69 position, placing her crotch on their face as she undoes the ribbon in her hair to tie their hands together. Sena will then begin to play with their breasts and crotch, or just crotch if it is a male opponent, talking to them the whole time, slowly untying them as she figures she has made him or her her posession, bending them to her will, adding to the humiliation of their submission or knockout.

- Big Sister's Care: As she has her opponent on the ground on the brink of begin knocked out, she'll place his or her head on her thighs as she sits on her legs, exposing her breasts before slowly lowering them down onto her opponent's face, smothering them. As she does this, she'll continue to tease them and caress them up and down their body slowly, going as far as slipping her hand under their pants and underwear, stimulating them. 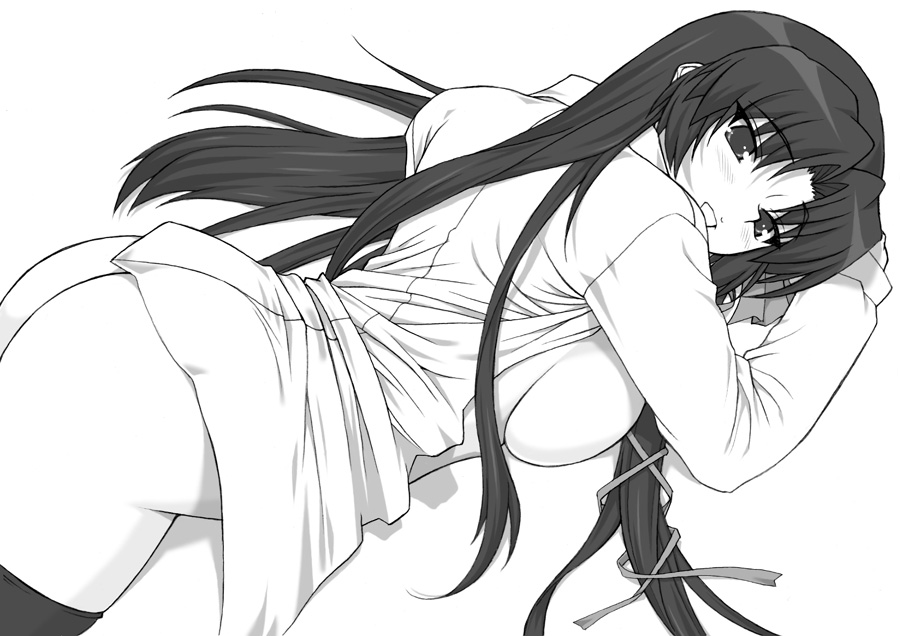 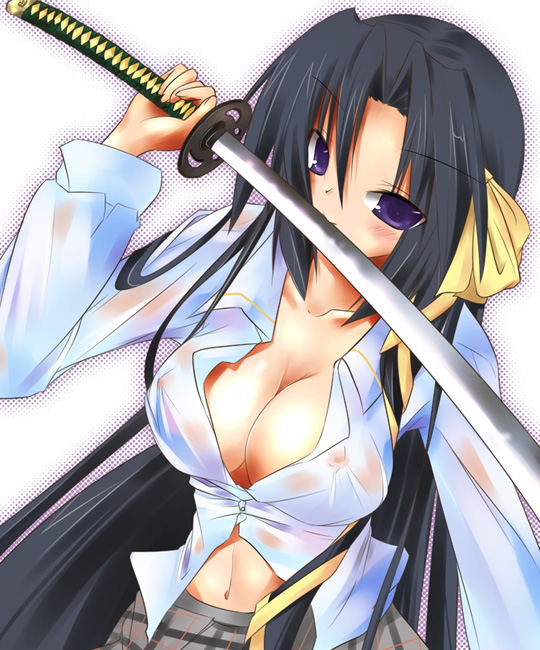 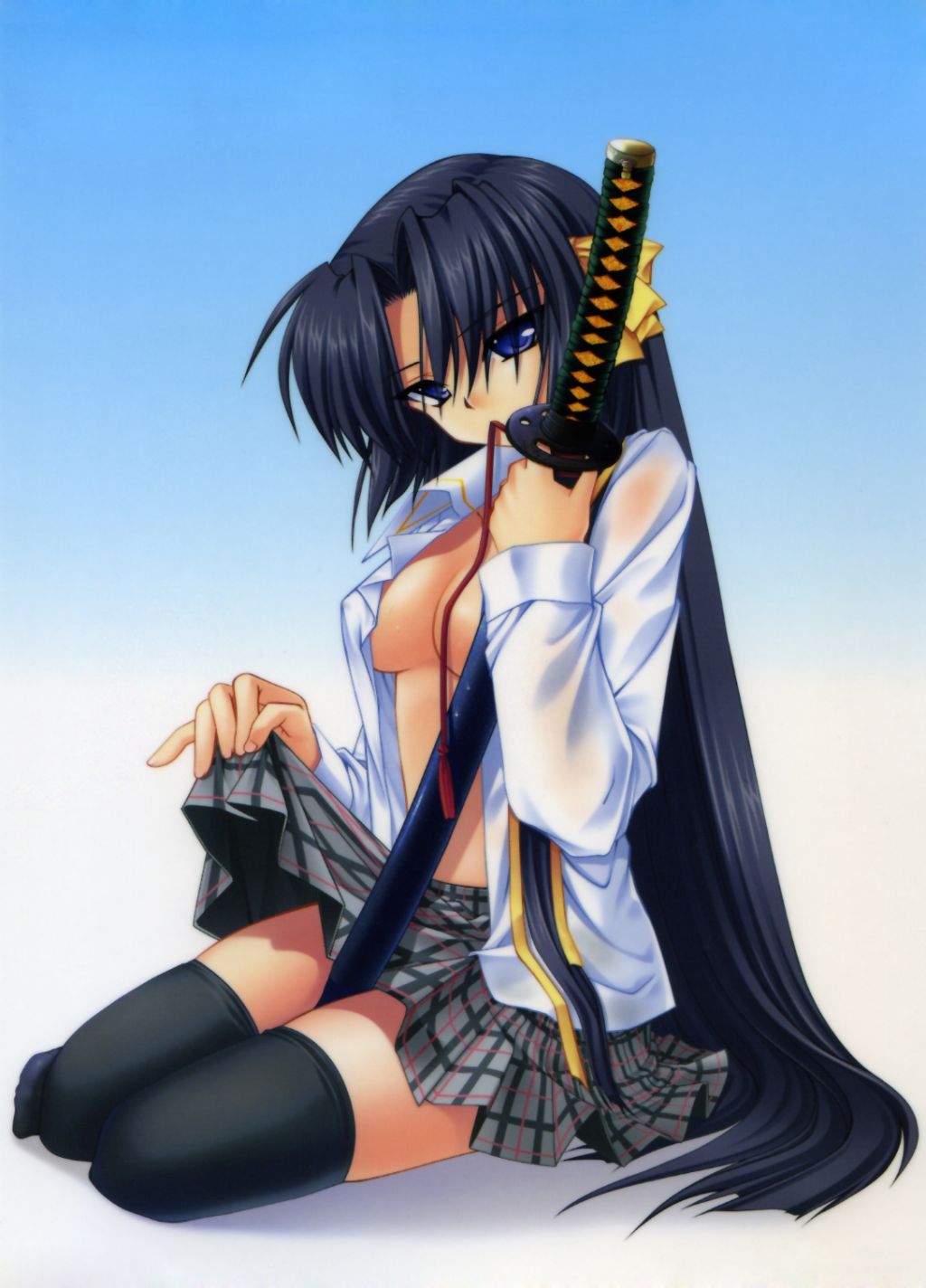 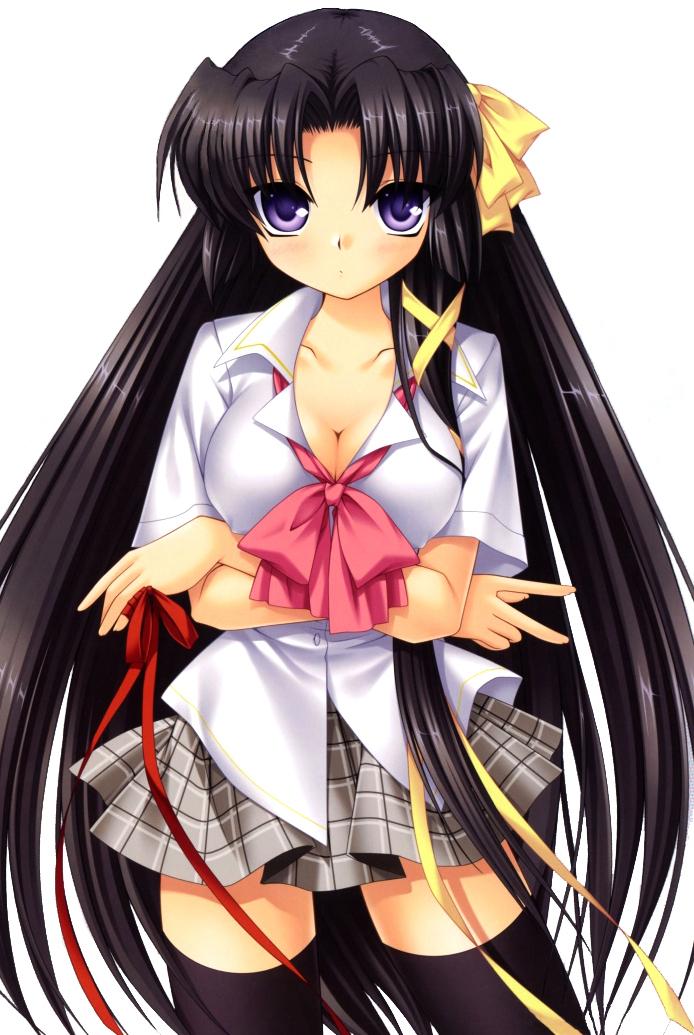 Personality: Sena is a natural tease to almost everyone she meets. When she isn't doing stuff like this however, she comes off as almost emotionless, stating things to the point and mostly flaunting her quite extensive knowledge about almost anything and everything. This attitude has brought quite the lack of friends and acquaintences for her, however she doesn't seem to really care when it comes down to it. Her teasing attitude being how she provides herself with fun, and how she gets through the day.

When it comes to the way she teases, she will take almost any opportunity to mess with the person she is talking to, knowing how her attractive look and body could seduce them. Never is she actually looking for a relationship or even for a good fuck, just the activity of teasing people is what she enjoys. She'll look for the certain things in people that she can exploit to aid in her teasing, and this shows through quite a bit in a match as she might even attempt to get friendly with her opponent, finding out things about them just to make it easier to tease them.

Whereas Sena is quite the tease to everyone, she is probably one of the most easily teased out there. Sexual taunting doesn't really do much to her, but any type of compliments or suggestions of her good looks or body embarrasses her straight away. Never actually being in a relationship or someone want that from her, she isn't one to know anything about that sort of stuff.

History: Sena was born to a traveling family who would mostly spend their time in places like England and America as they left her to a tutor and a babysitter. From the time she was able to read to the day she was able to go on her own, she was taught throroughly by the best tutors and trainers hired by her parents. As they would travel, their worries about their daughter would rise up, causing them to go almost overboard with the methods they chose to bring her up.
Because of this, Sena came to be incredibly smart and strong as she grew old. She had everything she needed to be successful as a child, but the one thing she didn't have is a sense of what was fun or boring. It was something she wanted to discover more than anything.

This attitude she had lead her to take as many methods as she could to find out what she liked. Entering a normal high school in Japan, she tried to lead a normal life, doing all she could to join any club that caught her eye. At the age of 18, she even decided to participate in a study group that was conducted overseas in America, one that studied offspring of a group of rare virus carriers and was played off as a orphanage. Being told that the sessions she would have with the 'subject' she was studying would be erased from his or her memory, it was there through talking to her that she seemed to realize what she really enjoyed. Although she might not admit it it was there that she first experienced how much she enjoyed teasing others with that girl three years younger than her, experimenting with how she felt in each of the few sessions she had before she removed herself from the study group, realizing it wasn't right.

From there she went on her daily routine in classes, earning a hatred from almost all of the other students and teachers as she only seemed to attend the classes which had a scheduled test, acing each one as she did. All other times, she would be seen hanging out in the courtyard, exercising her newfound pleasures on any passing-by students that she saw.

After her high school years, she decided to use what she found and her years of training somewhere where it would be welcomed. Hearing about a popular wrestling company nearby, one that accepted things like the desires that she felt, even going way over the boundaries that she had set for herself, she knew she had to join up. Bringing her to where she is now, a member of the AFW Friction and Tension joint roster.