- Straight coat spear - Tannis recall her days in the mental institution and charges at her opponent trying to hit them with a spear filled with rage.

- Crazy pills = Tannis just charges at her opponent and punches like crazy until she become tired which because of her stamina may take a while. 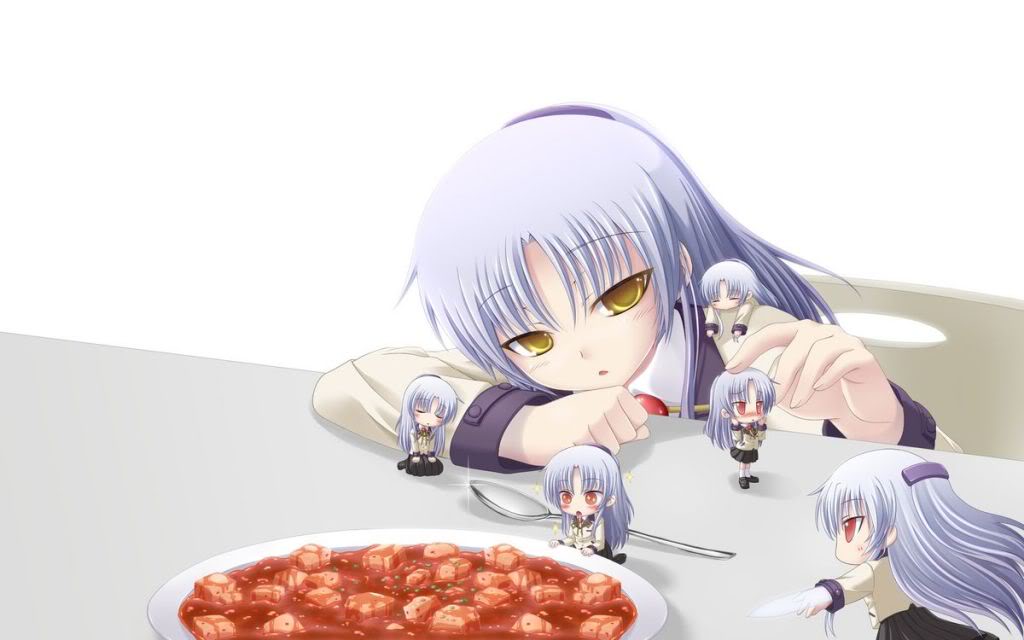 Personality: Tannis is pure crazy, tahts all there is to it. Tannis actually sees little chibi versions of herself that talk to her. Each chibi Tannis personifies one of Tannis's emotions so Tannis sometimes acts very differently depending on which chibi is talking to her at that moment.

History: Tannis had a rather natural childhood with nothing  out of the ordinary happening to her until one day she just snapped for no reason and began seeing different versions of herself. Her parents noticed this and sent Tannis off to a medical ward for most of her life. However at the mental hospital the orderlies were actually quite mean and treated Tannis like crap, constantly making fun of her and beating her when she talked to her personalities. After years of this one of Tannis's personalities (most likely rage) urged Tannis to fight back and escape. On that day Tannis managed to beat up three orderlies before jumping out a window and escaping into Japan. A few days after that and a few helpful bandages from friendly people Tannis made her way to the AFW where she now hides from the mental institutions while her craziness remains intact as Tannis never did take those pills she was supposed to.


Facts of : Tannis is crazy but rather docile unless one of her more aggressive personalities takes over.
Tannis actually has an overactive imagination which causes her personalities to do some rather weird and entertaining thing.

Most Used Quotes:
- "i'm not crazy your crazy"
- "No I don't think burning the building down is a good idea"