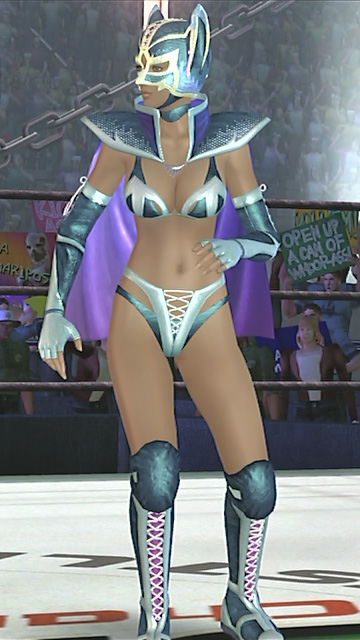 
Entrance music: Generic Music (Til I find something better)

Personality: Lisa is a wrestler like her friend Tina Armstrong. She had trained with her in various moves and holds. She's kind, sweet and loveable, but as her wrestling alter ego, she's dominant, unforgiving and deadly.

Past: Lisa grew up watching wrestling with her friend Tina. They grew up, watching Tina's Father, Bass Armstrong in various matches and decided that she wanted to be a wrestler. But for a good while as she trained, she decided to pursue a career in modeling. Which lead to the events of DOA: XBV where her and Tina Reunited after a few years apart. She Finally decides to make it official by disguising herself as the Luchadora, La Mariposa

Style: Lisa is a highflyer, which means she could use aerial moves to her advantage