Strategy:
*Apply a Submission hold(preferably one with her own hands free to explore her opponent, draw it out as long as possible. Prefers to cross-body-press(Front applied Crucifix Pin) her opponents with wrists grabbed and trapped between her legs.
Type: Defensive

Visual Appearance: Kelly likes flashy clothes and give a damn about the fashion of the year. Most of her outfits consist of a loose tie and other elements of a school uniform. Her hair has grown so long that it easily covers her behind. A nice faces compliments a good looking body.

Physical Appearance: Kelly dances quite a lot and loves to make fitness and aerobics in girl groups. She has a nice face and a fitting body. The facial impression she tries to give is that of a sweet little mouse which makes you say *aw, look at that little mouse over there. Sweet!*.

Personality:
*Kelly isn't the brightest light in the christmas tree. She truly believes that every time she does her entrance and tries to sing, her microphone is cut short by accident, not for a reason. One sound guy once even made her believe that her voice sounds much better while unplugged, so he just cut her microphone off on purpose.
*She is so full of herself that she barely notices that her priced singing talent can't keep up with her dancing skills. Reality is that she is a good performer but a piss poor singer and no soundboard in the world could make her voice better than just average(and to reach average, it must be a damn good board).
*She always looks to have as much fun and excitement as possible and uses her skills as a performer to further her goals by manipulation. With that in mind, she can be a ruthless dominant sexual predator or a totally excited, struggling prey in a match yearning for more.
*She is very proud of her artists name and hardly notices the speaker if someone calls her Kelly. She loves to give autographs.(outdated except for autographs)
*Is BFF(Best friend forever) material if she gets her way, but whiny and likes to bitch a lot if not.(lessened)

Past/History:
*Kelly is the daughter of a lumberjack and a waitress from some backwater region(Sixtoe or Dumbwater or whatever) in Canada she can't even remember herself. Her parents were stout nature type people and had no desire to even have a TV, just a radio for emergency help. So she saw her first movie in elementary school and was thrilled by it(The Muppets of all things).
My Dad looks like Grizzly Adams! And my Mum like the Dad of Grizzly Adams! Ugghh...
*Teenage Kelly learned a lot about cutting wood as her father wanted her to have a good job in the local sawmill. She even went to a vocational school to become a personal assistant, but it was to no avail.
All this talk about red cedar pine, blue cedar reminds me only of cheese. What should I do?
*After a rather poor high school diploma and her first day as an apprentice in the sawmill, Kelly just wanted to get out of dodge. Opportunity knocked as the local radio station was looking for cute girls to send to the regional finals of miss contests. Kelly applied, won and left her hometown the next day, never looking back.
I had to go, that village was slowly killing me. My father will thank me when I release them from their suffering in this backwater hole when I am rich and famous.
*Regional finals went well, and Kelly even managed to go to New York to perform for a small label. Sadly her voice was total crap and after her first hearing was clear that she was to be a better background dancer for various videos as long as her won contract was up. Kelly didn't adjust very good with that, but needed the money and sat her contract out, but at least learned to perform.
I bombed big time by that audition, ok? But it wasn't my fault! These guys couldn't scout a talent if it would have kicked their ass all day.
*Her next station was L.A, where to go else if you are as good as broke and a piss poor singer? Shouldn't come as a surprise that Kelly instantly was invited to do some porn, mostly for corporations who sold erotic wrestling videos. Surprisingly enough, this suited the taste of Kelly as good as singing. She took some basic submission wrestling classes and constantly performed well. So well that the AFW took her in to join the AFW Kawaii League.
Yeah well, I am not a singer yet. But wrestling nude for money isn't that bad. At least I don't have to dress in flannel...

Wrestling Attire:
Laila dances seductively to the rhythm of her music when on camera. She sports black lingerie in most of her matches(or short wrestling gear like Brooke Tessmacher if lingerie is inappropriately) and sandal style boots if possible. 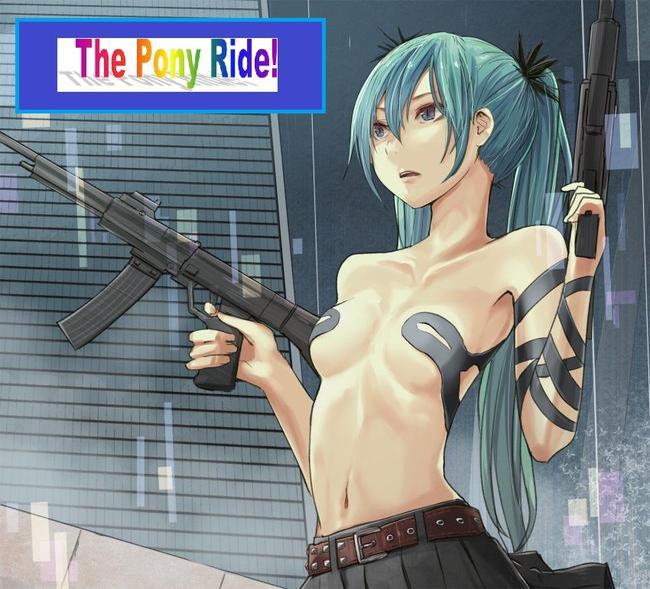 Matches/happenings:
Bathroom girdle match: Cougra vs. Kelly.
Kelly "trains" with Cougra aka Deborah
Innovative Training: Rias vs. Kelly
Hisako vs Kelly: 5 count full body press submission match
A rain of surprises: Kelly meets Hisako in the showers
Tsukasa vs. Kelly: Best of 3 Hentai Submission Match
Private Interrogation
Sarah vs. Kelly: Time for blue beauties!
Lisa vs. Kelly: A big surprise!
BTM vs. Kelly: Thunderman!
Rachael vs Kelly: Bitch slap match!
Maria and Kelly: Kiss the Cook!
The Carnival Van with Lisa and Kelly.
A promo vs. a strategy: D.D. and Kelly
A strategy tested: Coco vs. Kelly
A strong match: Mindy vs. Kelly
Kelly and the brat pack experience! Coming to a club near you soon...
That was not my fault! Kelly and a belt...
A misunderstanding solved and a belt for Kelly!
Charlene vs Kelly: Blonde temptation.
Announcing her first PPV.
Interviews and Kelly.
Brat Pack: Statement of Intent.
Teanna vs. Kelly.
Rematch! Black Cougra vs. Kelly.
Title match! Aoi vs. Kelly.
Dani & Kelly vs. Josey Wales
Victoria vs Kelly and Dani
Lilith vs Kelly: 3 Stage Bikini Fight
Kirika vs Kelly
Hisako vs Kelly Part 2
The Brat Pack vs. Julia Night.