» Kyo Akamatsu vs. Valley Doll - The Road To Recovery
by acuya Today at 6:37 pm

» The Limits of Hardcore (Alexia vs Zena)
by OmegaVan0 Today at 6:33 pm

Fear the hypno~give in to the Asami. 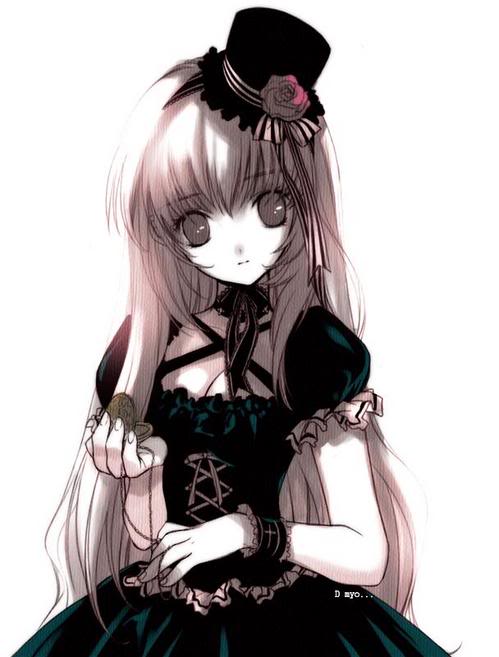 Combat Style: Beth is a submission based fighter, from her quick movements and agility, she uses many submission holds on her opponents. With a blend of hypnotism and daze mixed in, her punches, kicks are quite effective, but her overall look and ways of stalling her opponents, will fool many. Taking them by the element of surprise, than force, for Beth learnt to fight from being on the street, street fights and a few underground circuits.

1.Look into my eyes.
Fairly simple, she waves her hands in a rhythmic way, as well as looking to her opponent eyes locked, she will begin to hypnotize their minds. This helps if they are bigger than her, gives her time to avoid serious attacks from her opponent.

2.Dazzle me.
Jumping to her feet, Beth will leap of the top turnbuckle, and land with her foot straight in her opponents gut.

3.Obey me.
On unknowing opponents, she will jump, sitting on their backs and begin to punch them in the rear, for when they are hurting in pain, she will smack it hard with her hand.

1.You are mine.
Using her hypno ability's on her dazed opponent, she will make them hit, punch themselves until they pass out. If successful, she will smile down at their dazed, K.O'ed faces, delivering a powerful leg drop to put them out for good.


Personality:
A control freak, without control she becomes rather a spoilt girl. As well as that, she is demanding and needy, often using others to get her stuff like cups of tea, or forcing them to grow weak and obey her words. The only time she smiles is when she hears the slurs of a victim, inside and out of the ring, Beth is one girl not to upset. But behind all the smart remarks and arrogant behavior, Beth is pure lazy, cruel, to most of her friends, Beth believes if you want to become the best, and get all the cool stuff, you have to surpass everyone.


Past and history: Bethany Asami from a young age, was brought up by her two loving parents in the Aomori district of Japan, there she went to school with others, continuing her education to be brought up in the proper way her parents wanted. But behind those cute smiles and polite manners to her classmates, little Beth had a darker side to herself.

School in general, bored her, as well as her classmates did when they wanted to be friends, for one so full of a pleasant attitude, she hated everything and everyone. What was her problem with the world? people, people who treated her wrong, just because she and her family was upper class, and that Beth was called "a tea drinking hypnotism freak", Beth was bullied a lot through the stages of growing up in the school. Something that made her take it in, but grow controlling and demanding from it.

However apart from dislike of the people who cared little for her, she did enjoy the ways of hypnotism, many of her classmates and friends said her parents are loyal to her, following her every word trapped under her unique ability for someone so young. She trained as a college scientist in the ways of controlling minds, human biology, mystery's of the mind itself, in where she quickly learned to master it fully. But everything was true about her, she did hypnotize her friends, family, pets into doing stuff for her, even if it meant stealing a nice ruby or diamond from a bank. Now taking the guise as a magician and hypnotist, Beth wanders the streets, fighting people with her slim skills in hand to hand for money, until her attention came to the AFW, which offered more than she expected.


Casual attire: Pic 1. Mainly black clothing, her Lolita outfit is one of her casual wears.


Fun facts about Beth:
-Was spoiled by her parents.

-Always saves a time in the day for tea, for her and her victims.

-Runs a little street entertainment, with her hypnotized servants, making them embarrass themselves.

-Learnt how to fight on the streets.

-Not really that bad of a person, only consumed by control of those who bully her.

-She does control her parents, through hypnotism, though she tends not to see them as much anymore.

-Is in need of more human slaves.

-Has a sense of style and fashion, as she says.

-Sometimes brings her table and chair, tea set, to the side of the ring while awaiting for her opponent.

-Master of the art of hypnotism, mind control of the human mind.

-Pure disregard for others happiness, unless she makes them happy.

Loses-1.
Loss ,Beth VS Phoebe, Beth lost by being uppercutted into a K.O finish.