The door of the local saloon opened up and all eyes in the room turned to look at the newcomer. The town sheriff had recently been enforcing the law in whatever way he saw fit. Everyone knew the deputy was sitting at the table in the corner and was always ready to duck in case an outlaw walked in. It wasn't because this place was crawling with lawbreakers, though it was at the time. It was because people knew just how quick the sheriff and its deputies were to jump to violence should a criminal show their face. Fortunately for the newcomer and the saloon owner, the deputy did not recognize the new patron as an outlaw. In fact, he was surprised to see a woman wearing ranch gear topped with a cowboy hat. A woman he had never seen before.

After a short look at all the other patrons, the woman looked to the bartender and sat down at the first stool. The people slowly turned their heads around and returned to what they were doing. The deputy laid the revolver he had hid back onto his knee and out of sight. After a few seconds of silence, the saloon returned to its normal routine. The bartender walked up to the woman and asked, "What'll you have?" The woman gestured to the bottle of whiskey at the end of the bar. After returning with a shot glass filled with whiskey the man continued to ask the usual questions.

"I don't think I've seen you around here before. Where are you from?" The woman took the glass and instantly downed it and tapped it on the bar three times. After another refill and chug, the woman let out a sigh and turned her head to the right to look at the rest of the saloon. "Why's everyone so uppity?" she asked. "You think they'd never seen a woman before."
_________________
Active:

Shauna, Frost
"I've learned what it takes to survive in this league. And I learned it the hard way. I'd be an idiot to forget that lesson." ~Dark Angel

Edward arrived in this small town just minutes earlier stages. His apaloosa was tired of his long straddled across the country and longed for a well deserved rest.
Rest that Edward was not slow to offer in a stable located in the city.

Once his horse supported Edward went to the saloon with the intention of a good drink and a bath.
All saloons do not offer this kind of service, but a resident had assured him that yes.

Pushing the double door feature of the place, Edward walked to the bar where they served mainly decrepit drink.
Steston well concealed his hair and his eyes light blue swept the room for a moment before acouder bar.

"A-scotch, a room, a meal tonight and a bath. I pay in advance."

Posing a small purse on the counter, he returned it to advise the cowgirl that many people watching.

Taking a second scholarship in his hands, Edward had a wicked smile in the blowing once in the air and saying:

"This award would be appreciated, I think by a man, a truth which can shown to the woman who is the boss here."

An individual was not long to come forward, grabbed the purse theft and advanced on cowgirl to give a good lesson.
Pleased to have been shit, Edward took his glass in his room while bagare would be in place can ... 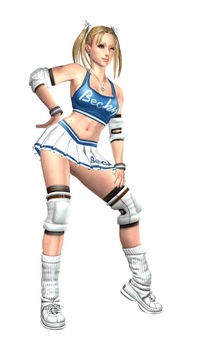