Combat Attitude: Cool, calm, collected, unlike her sister she chooses her spots and can figure out an opponent in a matter of seconds. She doesnâ€

t get frustrated and keeps true to her friendly nature. When she is usually â€œfeudingâ€ with someone she is more stern but she does not get mad with them.

Combat Strategy: Pick apart her opponent, get the feel of where he/she is going and focus on wearing them down and give the fans a show.

Combat Style: Japanese wrestling a graduate of the Kaientai Dojo which is a perfect mix of power, brawling, submission, and flying but she tends to focus on her submission and brawling skills. Trained in many martial arts but is known for her deadly kicks.

Personality:
Tsukiko is one of the nicest women in the wrestling, known as a kind woman who is always thinking about others before herself. She is always looking out for others and willing to help out anyway that she can. She always looks forward to improving on her skills and helping others improve on their own skills. If someone is upset with her outside of the ring she will try to make things better.
History:
Tsukiko is a native in Japan and is the older sister of the young up and coming Tsumi Yoshida. Tsukiko unlike her sister is wellâ€¦Is a legend when it comes to wrestling in Japan. Tsukiko was trained at the legendary Kaientai Dojo She was known for wrestling in 144 matches in her whole career, winning 120 of them, losing 20, and four of them ended in a draw. She has held over five World titles, three Tag titles two with her sister Tsumi, and two Middleweight titles. She has wrestled with many legends both female and male in Japan and has defeated them. When she was apart of the Kaientai Dojo many of the trainers knew she would become one of the best wrestlers in Japan taking on all comers. She is known for how she can counter most attacks and her powerful kicks which seems to be a tradition with the Yoshida family as Tsumiâ€

s kicks are just as hard as Tsukikoâ€

s. At the age of 25 she met a photographer named Hiroki Watanabe they started dating and once she was 28 she asked to marry him in front of packed Tokyo Dome in the tournament for all the top joshi wrestlers in which with a face filled with tears she said yes to Hiroki in front of everyone as she said in the microphone, â€œYou are so lucky that I won. If I had lost and you did this you would have had to waited another year.â€ They kissed and later that year they were married. When Tsukiko came back to the ring at the age of 29 she didnâ€

t come back wrestling but dressed very nicely. She walked to the ring and with a smile on her face thanked everyone that has followed her since she was just 18 years old, the ones that had seen her ups and downs, who saw her and her sister Tsumi have capture the tag team titles, and seeing her get proposed to in the ring after defeating her longtime rival in one of the most legendary back and forth matches in her brands history. But she came out that day not to say she was coming back but to say goodbye and that she was going to retire. Not because she was married, not because she was still hurt. She put her hand on her stomach and said, â€œIâ€

m pregnant with my first child.â€ The crowd cheered as she said what many thought was her final good bye, her rival and true longtime friend even came into the ring and raised her arm up and hugged her. As her theme played one last time she started to break down in front of the crowd as the started chanting her name over and over again as some threw black and red streamers into the ring she ran up the top rope and did her signature gun point towards the crowd and â€œfiredâ€ towards them. Later in the year she gave birth to her beautiful daughter Yumi Watanabe. It has been three years since then and her daughter is three years old and is very smart for her age. Tsukiko has been said to already be training her a little bit of wrestling but of course it was just play wrestling, though she will admit, Yumi is the champion of the Watanabe household right now. Then one day while on youtube she soon found an interview of her sister Tsumi Yoshida who said she was going back to Japan and joining a brand known as AFW and joining the Friction roster. This was the first Tsukiko heard of this and was thinking of why Tsumi was keeping this a secret. Tsukiko decided to make a secret of her own. After discussing it with Hiroki they decided that it was okay for Tsukiko to come back and wrestle. Though when Tsukiko came to sign the contract she asked to keep things quiet, she wanted this to be a big surprise. Now she is back in the wrestling world, a brand new attitude, and is here to help her younger sister with her journey as much as she can.
[size=150:3ipuu9fa]=================================================================================================


Dislikes: Wrestlers who do not respect the crowd, unsportsmen like conduct, wasted food, waking up late, crying children, and leaving a crowd unhappy.


Most Used Quotes: â€œMe a legend?â€¦Sometimes I forget thatâ€¦When you go out and hear that crowd making a lot of noiseâ€¦Chanting your nameâ€¦No matter how many times you do itâ€¦Youâ€

ll always feel like a rookie entering the ring for the first match.â€ 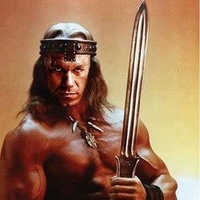