Finishing moves: for having this kind of move, I have to win my match first.... but I work on it... maybe a "critical hit"... using the rope, I run toward the opponent, I try to jump over her and catch her hair. like this, I can force her to hit the ground, and pin her more easily 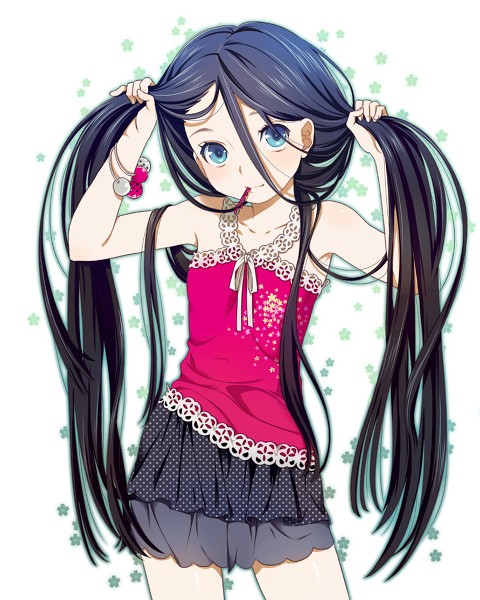 Personnality: julie is a cute little girl, who like many things, and who want to become a famous female wrestler, so she is a little bit naive. But speak about her height and she get crazy, she will kick your ass, or at least she will try it. Serious on the ring, and even a little aggressive, outside she stay polite but a little shy

History: julie born in a family of wrestlers and fighter, so it was normal for her to fight, her idol was her own aunt the "big mama" aline, and she spend many years with her. First she like the way that her aunt play with her opponent, but with the time, she find it disgusting, it was no more wrestling. So juli stop to consider her aunt like a wrestler, and try to train very hard, just by herself. She was a champion in her highschool but now she want more, and start a pro wrestler carrer. She choose the Afw, and hope to show at the entire world, and mainly to her aunt what is the true meaning of wrestling. The league accept her despite her bad result but they really hope that she improve her skill for the future.

like:
_ fight and wrestling
_ watch martial art movies
_ her aunt and her "sisters" louise and nicole
_ strong and cute boy

dislike:
_ losing a match
_ being smothered
_ girl who make joke on her breasts
_ bugs

Re: julie "the last disaster"

At least a normal girl ^_^
_________________
choose your opponent
Louise, the justice maid_____Nicole, the mistress of injustice
Julie, the last disaster_____Aline, the big mama
Emilie the steamroller_____Maria infinity
Alice the fallen angel