Maho Kayuri - Yuzuru no Mai (Dance of the Evening Crane)

Background
Iroha Miyazaki is a maid from the Miyazaki Crane clan of battle maids that serve high class families without question and follows through with whatever order they are given. Iroha's master, however is not a high class family member but is just a regular and average collage student who is her childhood friend which she chose as her master of her own will against the orders of the clan who wanted her to be the maid of the CEO of the AFW Cassandra Sellers to which she refused.

Iroha has been serving her master ever since he was a freshman in highschool and lived in his home with his family and served them faithfully and obediently without question. When Iroha and her master had been kids they spent most of their time together and Iroha one day saw her future master being beaten up by a group of bullies and she fought them off thanks to her training as a battle maid, and from that day forward Iroha vowed to protect her future master and serve him as his maid when she was ready and her master fell in love with her which she remains oblivious about to this day.

Iroha has done everything for her master even sometimes when he doesn't want her to such as going out to buy groceries, school supplies and even made withdrawals and deposits at the bank before he can even though he wants to learn to fend for himself so Iroha teaches her master how to cook, clean, and organize for days he needs to fend for himself without Iroha's aid since on some days she works as, of course, a maid for multiple restaurants and cafes to earn money for her master.

One day after having sex with her master and sleeping with him by his wishes she awakes to see her master watching an AFW match she stumbled onto by accident which made Iroha scoff remember that her original master was to be the CEO of the AFW, but then she notices that her master has developed an interest in the AFW and watched every live match he could, even the Pay Per View matches and this gave Iroha an idea. She decided without her master knowing to register into the AFW's Friction Roster to please her master as he watches her wrestle. 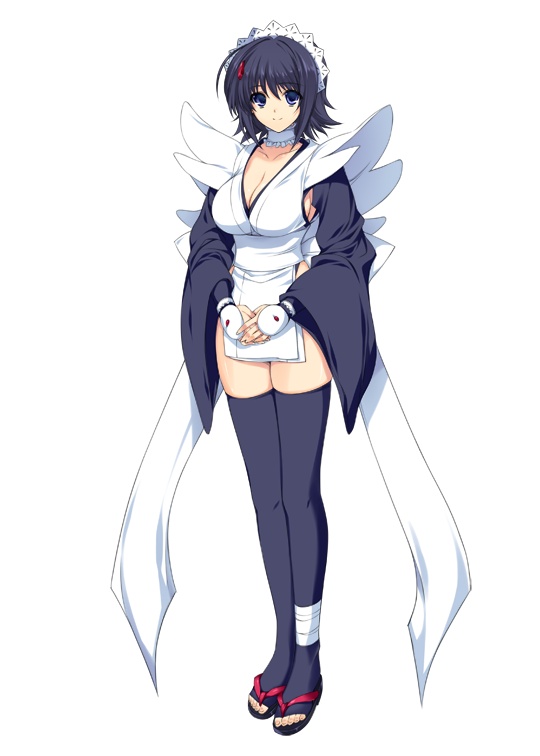 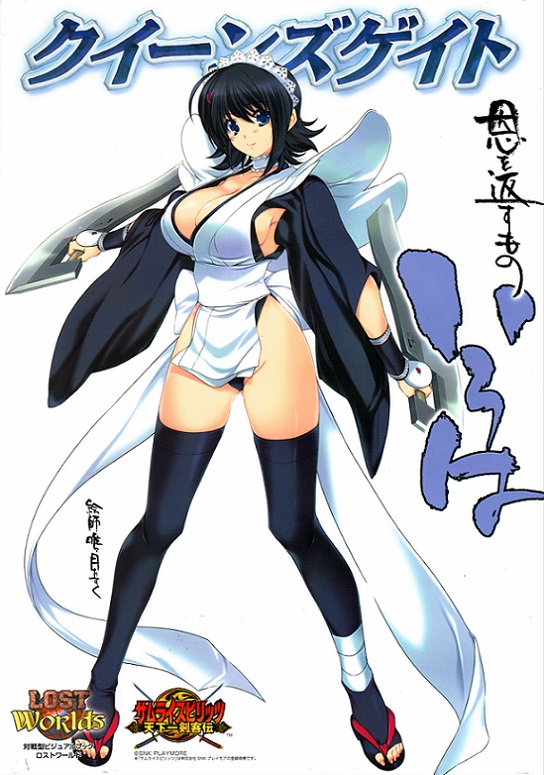 Iroha with her Butterfly Sword weapons 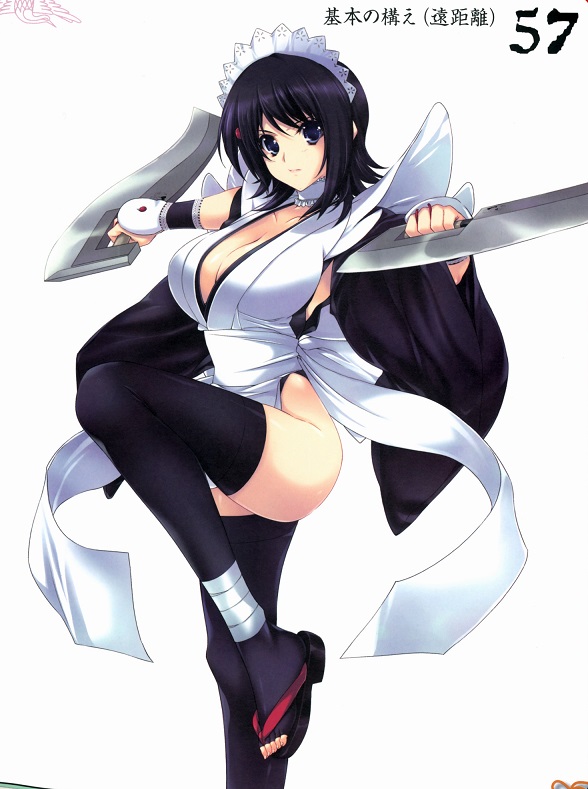 Iroha in her usual fighter stance with her weapons 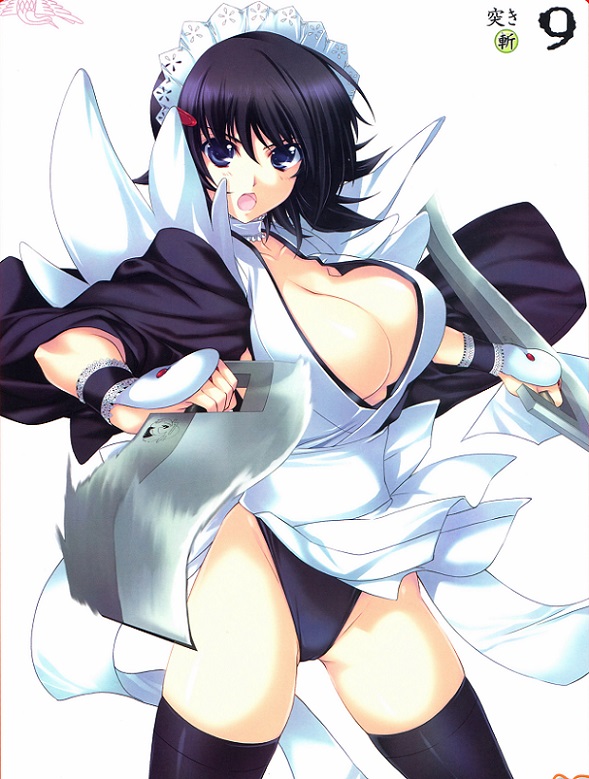 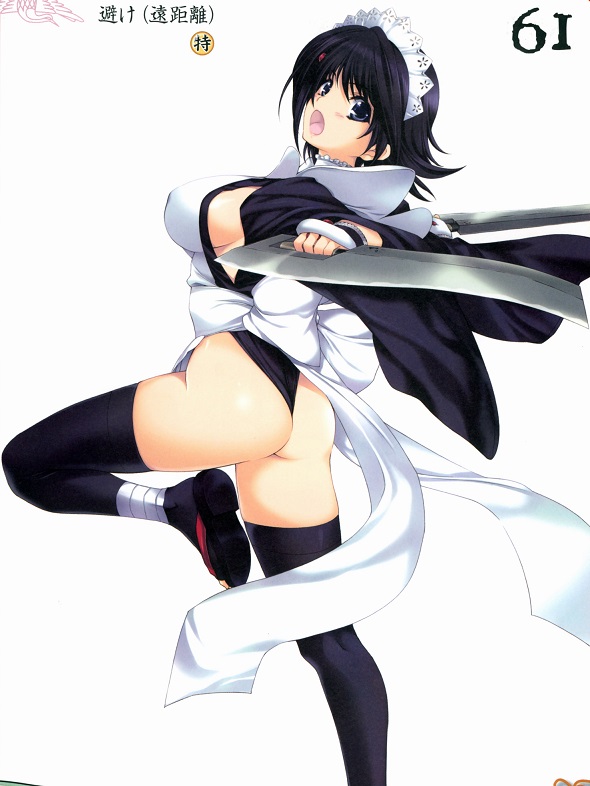 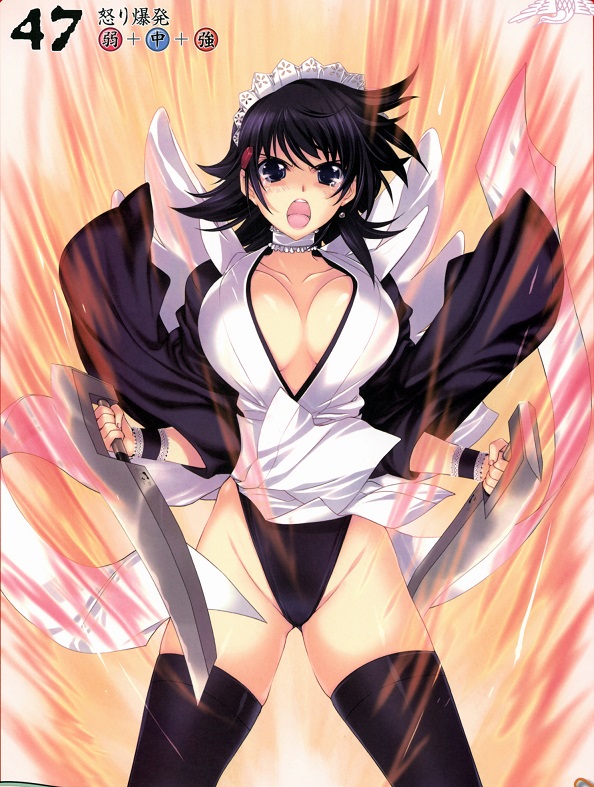 Iroha's anger and rage for anyone who dares harm her master!

Personality
Iroha is an obedient and cheerful maiden. She very deeply cares for her master and will do absolutely anything she can to make sure he is happy and will protect him with her life. She doesn't question her master's orders and follows with them all the way no matter how questionable they are such as stripping herself naked for him and letting him fondle her or even having sex with him to satisfy his needs. Despite how much she and her master care for each other she is completely oblivious to the fact that he is in love with her.

When Iroha is in a match she is completely focused, serious, and determined to win for her master and refuses to lose. Sometimes though Iroha will let her opponent trap her in a submission since her master loves seeing girls in submission holds since it looks sexy and if she is in major pain she will even willingly give up.

Other Facts
- Iroha always wakes up at 6:00 in the morning and is never tired at all when she wakes up.
- Iroha has sex with her master very frequently and even though she is doing this to serve him she actually enjoys having sex with him.
- Iroha's master had one time without her knowing entered Iroha in contests for the best maid alive and won 1st place in EVERY contest there was much to her surprise. The most notable one though was the Sexiest Maid alive contest.
- If Iroha takes part in any kind of match with a penalty or condition the loser must do she will follow them obediently should she lose by her honor as a maid.
- When Iroha says a fellow wrestler's name she always adds the -sama honorfic.

Wrestling Information
Strengths: Iroha's main focus is on her speed but also uses her Battle Maid training to throw precise strikes to her opponent while using graceful aerial attacks like a crane and uses a variety of painful submissions which her master favors.
Weaknesses: Iroha's unfamiliarity with fighting in wrestling will sometimes lead to her being outsmarted and tricked.
Style: Crane Style Martial Arts and submissionist.

Preferred Matches: Any match her master wishes her to take part in.

Wrestling Attire:
Iroha always wears her special custom made sexy maid outfit which every female member of the Miyazaki Crane Clan wears. She wears it EVERYWHERE she goes which leaves a lot of people staring at her, especially her unsupported breasts that bounce all over when moving faster and has more then 10 other maid outfit's just like it.

Losses:
vs Killer King via pinfall