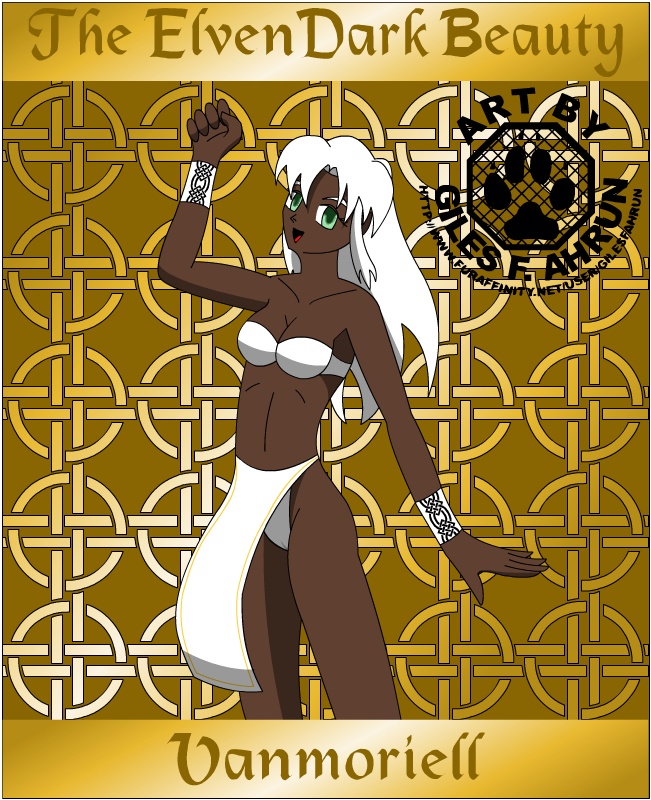 Special Traits: She made plastic surgery to make her ears looks like elven.

Personality: Vanmoriel is a friendly and easy going girl. She don't tells where she had born or what's her true name. Vanmoriel (simply "Dark Beauty" in Tolkien's Elven Language) is a fan of fantasy stories and she loves elves. So much she paid a surgeron to make her ears to look like them. For her, to fight is just to have fun and she's looking forward to fight with another girls specially against someone of her age.

Fighting Style: Vanmoriel is an all around wrestler. She don't really excels in either striking or grappling. However, she have some good kicking strikes and she makes sure her kicking attacks have the most gracious movements to see. From her grappling repertoires, she tends to love to squeeze her opponent's head mainly with her shapely thighs when she get the chance to do it.

Story: Vanmoriel is a 19 years old girl who simply got tired of the life in being a daughter of a noble and rich family (altough she comments it with nobody) and wanted to venture to the world of female wrestling against the will of her father which used to tell her "fighting is a poor people's thing". After a heated discussion, her father allowed Vanmoriel to join the AFW with the condition one of the maids, called Izadora Yoire, follows her. Actually, it was Izadora who made Vanmoriel to have interest to wrestle. Be it as a sport or a fetish. When she follows her, Vanmoriel calls her "Meldiriel" (Mehl-dear-ee-ell. Literally "friend") despite the fact Izadora don't have elven ears....


Fun Facts
*When her father was making some business trip, Vanmoriell (on her 18'ies) got alone with Izadora and complained about having nothing better to do. Izadora half-jokinly suggested her to have some play-wrestle with her. She didn't need to convice Vanmoriell to wrestle her on bikinis since the girl was so bored she would accept anything to pass the time. The rest is story

... And Izadora won via grapevine.
*She likes to be called "Van-Chan" by her friends.
*She wishes to be as beautiful as Pilotes from Record of Lodoss War when she get older.
*If you call yourself a Touhou fan, you should get the joke on Meldiriell's true name. 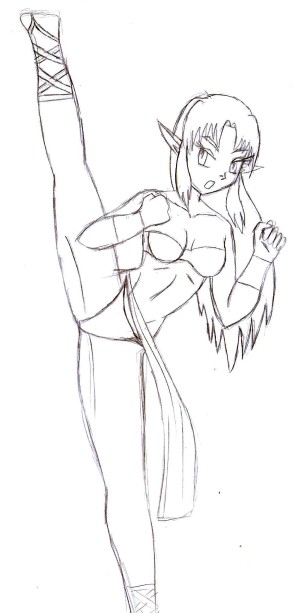