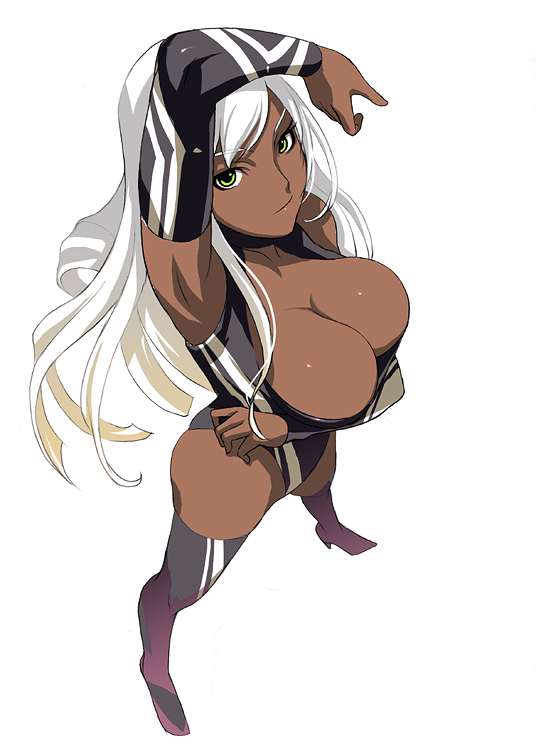 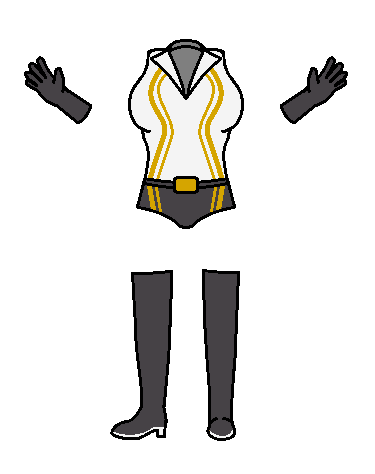 Personality:
Odessa is a veritable titaness, a powerhouse who can toss an opponent easily about the ringâ€”and she knows it. She has confidence in excess, and humility has never been one of her defining characteristics. Still, she is hardly a bully, and comports herself in the ring with some measure of honor, grace, and charm. In the course of earning a victory, she would rather have her opponent come to adore her than come to fear her. Odessa is not above using her ample feminine assets in pursuit of this goal.

Odessa is quite competitive, as well, and is therefore naturally less enthusiastic about fighting a girl who is clearly weaker than she is. Odessa would much rather be locked in an grueling, hours-long struggle with a physical and mental equal than spend ten minutes efficiently tearing down a girl who is clearly out of her depth.

Outside of the ring, Odessa is still quite the impressive woman, but any aggression which she may display during a bout is absent in a social setting. She is not overly talkative, but she has no difficulty carrying on a conversation. Furthermore, she tends to come on rather strong to women whom she finds appealing, and is not afraid to go to some lengths to win them over. If a woman spurns her advances, Odessa will sometimes become rather frustrated, having some difficulty reconciling such rejection with her high opinion of herself.

Fighting Style and Preferred Matches:
Trained from a young age in both boxing and submission wrestling, Odessa is a highly skilled, powerful woman who has a wide range of moves and styles which she can employ in the pursuit of a win. She is as comfortable with a brutal, bloody brawl as she is with a soft and silly bed wrestling match. Most of the matches she took part in while wrestling in her native Great Britain were pro-style or submission bouts, with a little added sexual flair.

Odessa has recently become interested in branching out and trying some of the many kinds of matches that AFW exclusively offers. Extreme hardcore matches, cosplay matches, and smother matches have all aroused her interest, as have stipulations such as the winner shaving the loser's head, or the winner taking the loser as her slave. She will not accept every challenge, but if she finds a worthy opponent, Odessa is more than happy to hop into the ring with them—especially if there are interesting stakes.

Favorite Moves:
While Odessa is comfortable with using virtually any sort of moves, her favorites are primarily suplexes, submission holds, and, as of recently, smother holds featuring her gorgeous, perfect breasts or firm, toned posterior.

History:
Odessa grew up the daughter of two wealthy socialites living in a luxurious flat in London's West End. Throughout her young life, she worked hard to live up to her parents' expectations and, at least in her estimation, she thoroughly succeeded. While her career choice does not demand the utmost respectâ€”her parents originally wanted her to find a job in mediaâ€”the fact that she is able to support herself, and not live off of her family money, is a source of pride for her.

During her childhood, she made the acquaintance of many interesting girls, but her best friend was an American girl named Stella, the daughter of an official at the nearby U.S. embassy. It was Stella who first kindled Odessa's interest in becoming a professional wrestler, teaching her a number of holds and introducing her to several sources, in print and online, where she could learn more about the sport. The two also practiced with each other, and, after only a few weeks, Odessa began to dominate those sparring sessions.

When she turned eighteen, Odessa got in touch with a promoter for a local wrestling federation, and was promptly auditioned and accepted as a member of their roster. She would wrestle in London for the next two years, occasionally making guest appearances on some female wrestling websites, before moving to the United States to pursue further opportunities in the field. She wrestled in Los Angeles and Las Vegas, quickly becoming a crowd favorite, before ultimately applying to, and being accepted by, AFW.

Cecilia Northman. The second of Odessa's three closest friends, with whom Odessa has had her bloodiest and most spectacular matches. They have a fixation with each other's hair.

Karina Rine. Though she met Karina more recently than either Isabella or Ceci, Odessa counts her as a very close friend, as well. Their mothers also get along very well.

More to be added!