Search
Latest topics
» AZUMI vs Chelsea Loski
by Mystery Dragon Today at 2:23 am

» A Battle within the Pudding (Claudia vs Himiko II)
by OmegaVan0 Today at 2:12 am

» Atalante Pallas Vs. Claudia Augusta - Wine Pit Wrestling
by OmegaVan0 Today at 1:50 am

» Rekka Aizawa vs. Halloween Sonohara - It's Terror Time Again
by acuya Today at 1:47 am

Angel Nova Boost(Standard): Hikari does a triple suplex on her opponent, performing one after the other, holding on as she performs the attacks.

t use them much.

Entrance Music: â€œLittle My Star!â€ by U 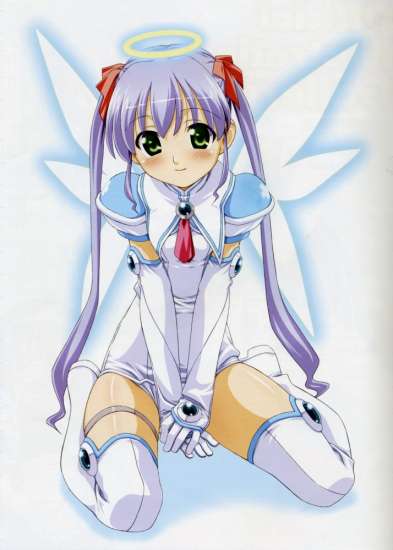 Physical Appearance: Hikari is rather small, but is very cute and attractive. Her breasts may be small, but that doesnâ€

t detract from her appeal, and all the boys at her school would agree. She is much stronger than she looks and can do amazing high-flyer moves. Is it because she can actually fly with those wings of hers?

Personality: Hikari is kind to everybody she meets, a girl content with the way she is and her life around her. She has a strong will, and is headstrong and confident. She tries to make things go her way in every situation. To an extent, she is a control freak. But, seeing as how she is so nice and kind, she almost never tries to force other people to go her way, preferring to use logic and coercion instead of force.

Past/History: Hikari was originally just an ordinary girl, until one day she witnessed a brutal rape murder of one of her friends. In that moment, she lost herself, and killed the man responsible. Although nobody pressed charges against her, the brutal episode lived in her mind for a long time. She became reclusive, until one day she left home saying she was going to hunt demons. Her travels around the world eventually led her to AFW.

Attire: Shown in the pic. Her clothes are actually very fragile, and can be ripped very easily.