"The Queen of Perfect Storms will blow you away!"

â„ƒ-ute- Love is More Innovative
Alternative Weekday Themes! (In case I get bored one day!)

CHAMPION'S THEME! USED ONLY WHEN I AM THE FRICTION TITLE HOLDER!
V i V i D- Across the Border


Background
Tenshi comes from a long line of Italian nobility. Her mother was half Japanese-Half American and her Father was a Norwegian of French descent. Being raised with a silver spoon in her mouth, Tenshi was afforded every possibility in life. She took what was bestowed upon her and ran wild. As a young child, she was extremely active and not only excelled in sports, of which her family was also brilliant at, but nearly anything she touched she was blessed with talent in.

When not training for track and field (her favorite sport) or riding in equestrian competitions (Her family owns a horse farm), she often took visits to her cousins estate where she was tutored in fashion design (her cousin owns a high profile fashion design company) She also liked to visit her uncle who was a world renowned surgeon and listen to his stories. During her studies, she actively studied medicine and thinks that she can become a doctor once she's finished wrestling.

She's won lots of trophies for various activities but she was mostly proud of all the fitness competitions. Eating right and training every day seemed like such a basic thing for Tenshi, but she realized at an early age that if she could master the basics, everything else could be mastered even easier. (She was smart enough to figure that out early in her life but she was blessed to have a family that also sported a few championship body builders throughout the generations as well as several distant relatives who were prominent personal trainers in Hollywood and amongst the New York elite)

Tenshi was on her way to winning her 5th straight Little Miss Fitness tournament, putting quite a point on another perfect year when tragedy struck. On the day of the finals, her dog, Sir Bark had died of old age. It was impossible to bear for Tenshi, who had known the dog for as long as she could remember. The dog died of old age, living well past the normal life span of a dog of the breed. (Not surprising considering the breeding skills of her great-uncle who had placed in several prestigious events) But the pain was so much that Tenshi was only able to come in second place that day. devestated, she thought she may not continue the path of perfection. She knew not what could drive her further!

But she was rescued when she visited family in the United States. They were championship wrestlers in their own league and encouraged her never to give up despite the odds. She was reluctant, but the ease with which she excelled at wrestling (thanks to her already incredible athletic talents) made her decide that she could definitely do it. She wrestled and won easily in amateur leagues and sought, no craved, a bigger challenge. Finding an advertisement for the AFW one day while vacationing in Japan, she knew what she had to do. AFW was the top of the mountain and she was GOING to climb it!


Appearance
Tenshi doesn't wear her hat when in action. She us usually not seen without it otherwise. 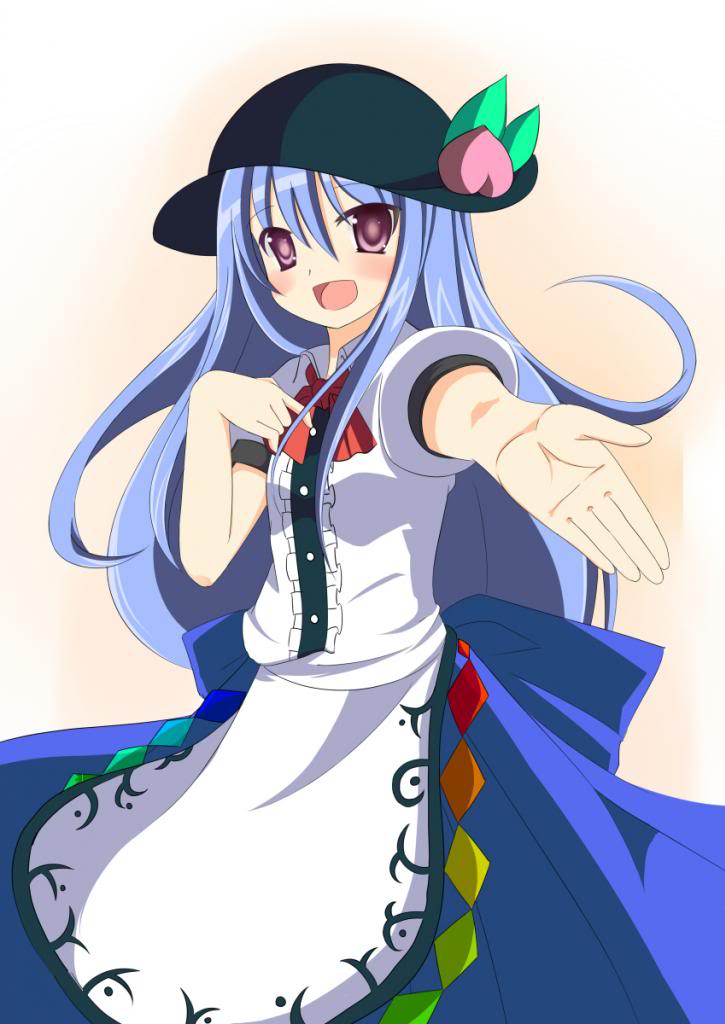 "Pleased to meet you! Let's have a good match!" 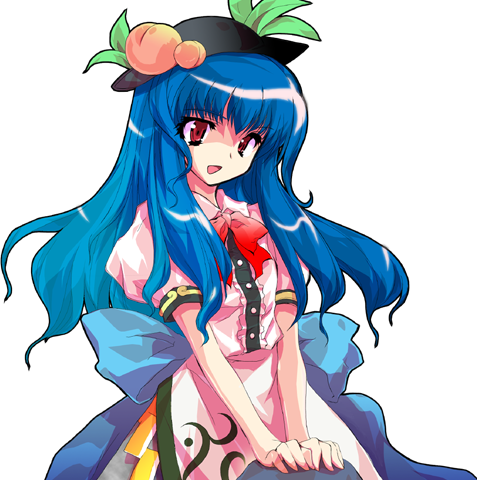 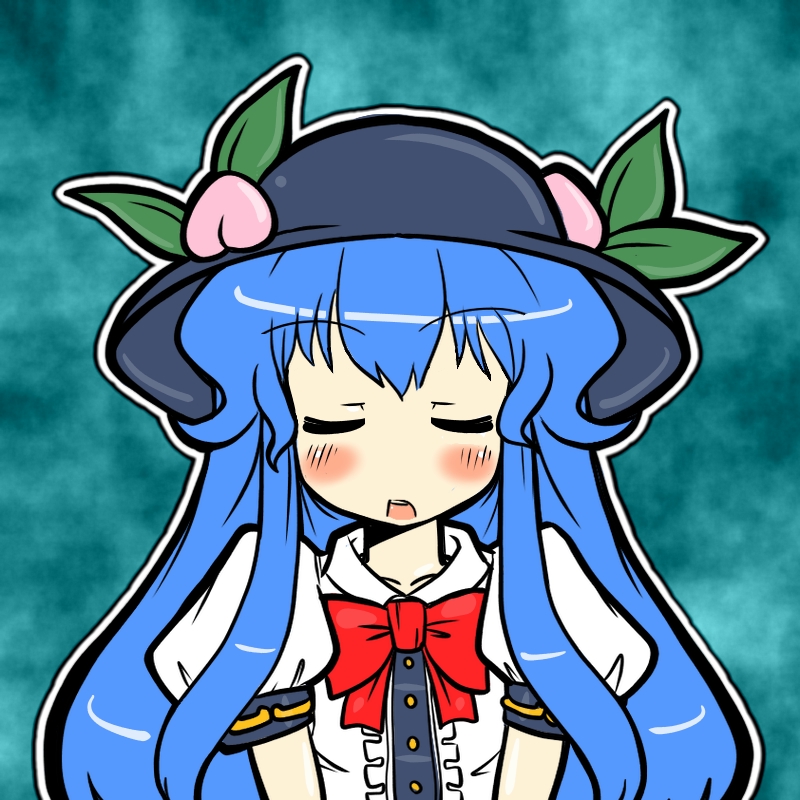 A calm moment before a fight 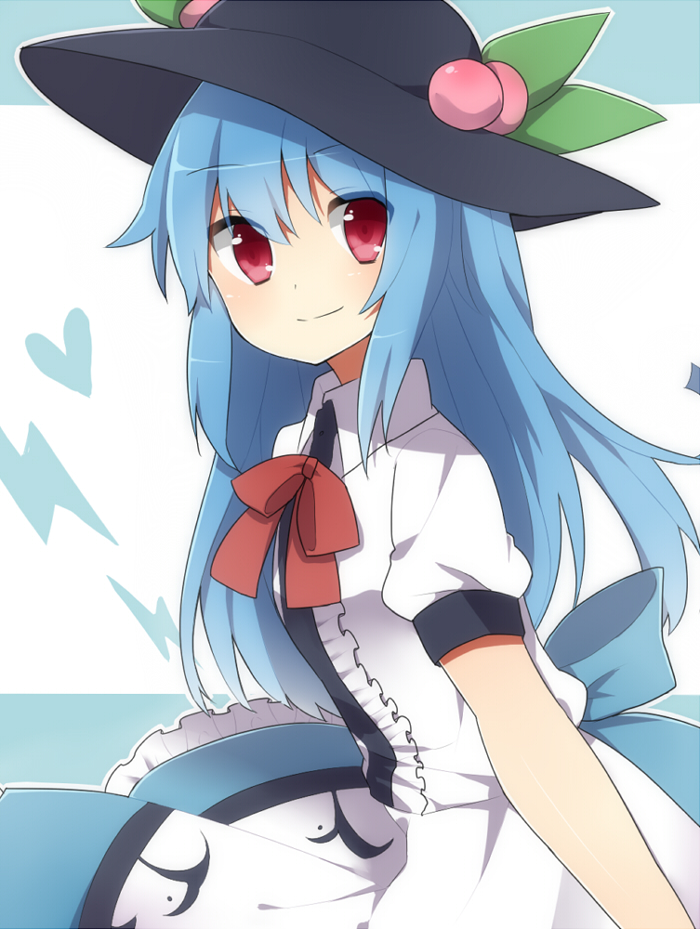 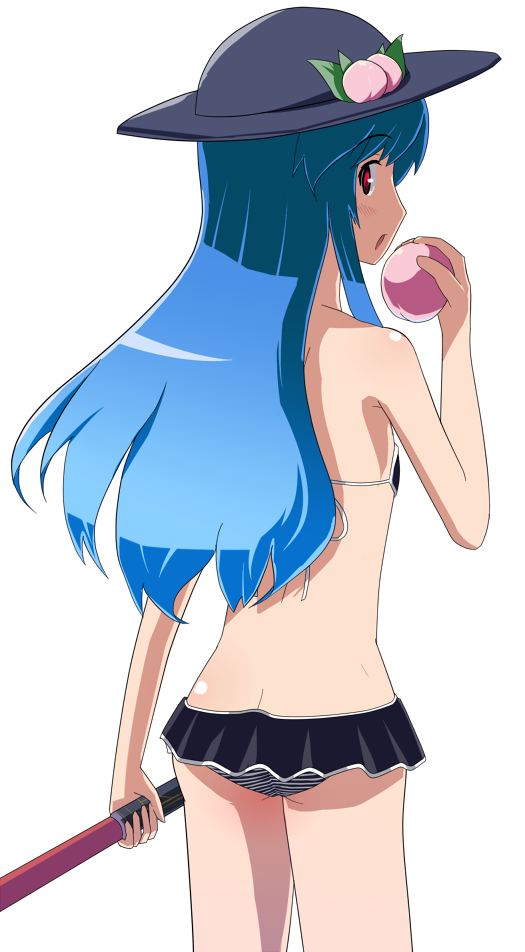 "The closest I'll ever get to taking it off is putting on a swimsuit!" 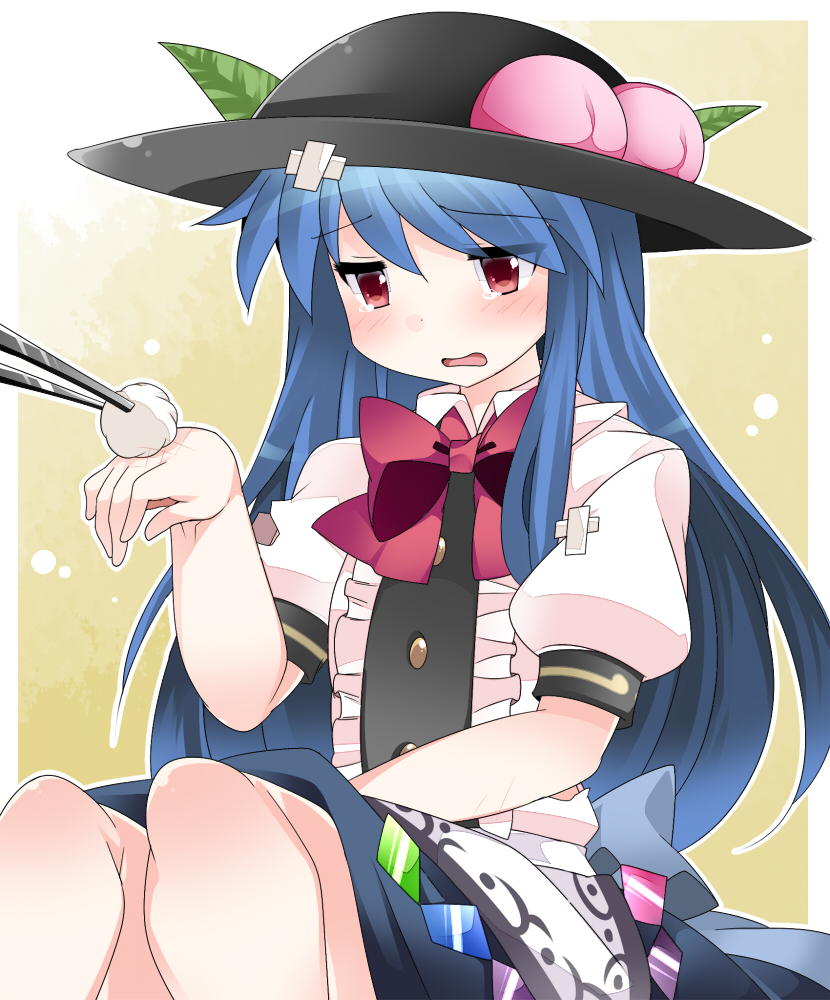 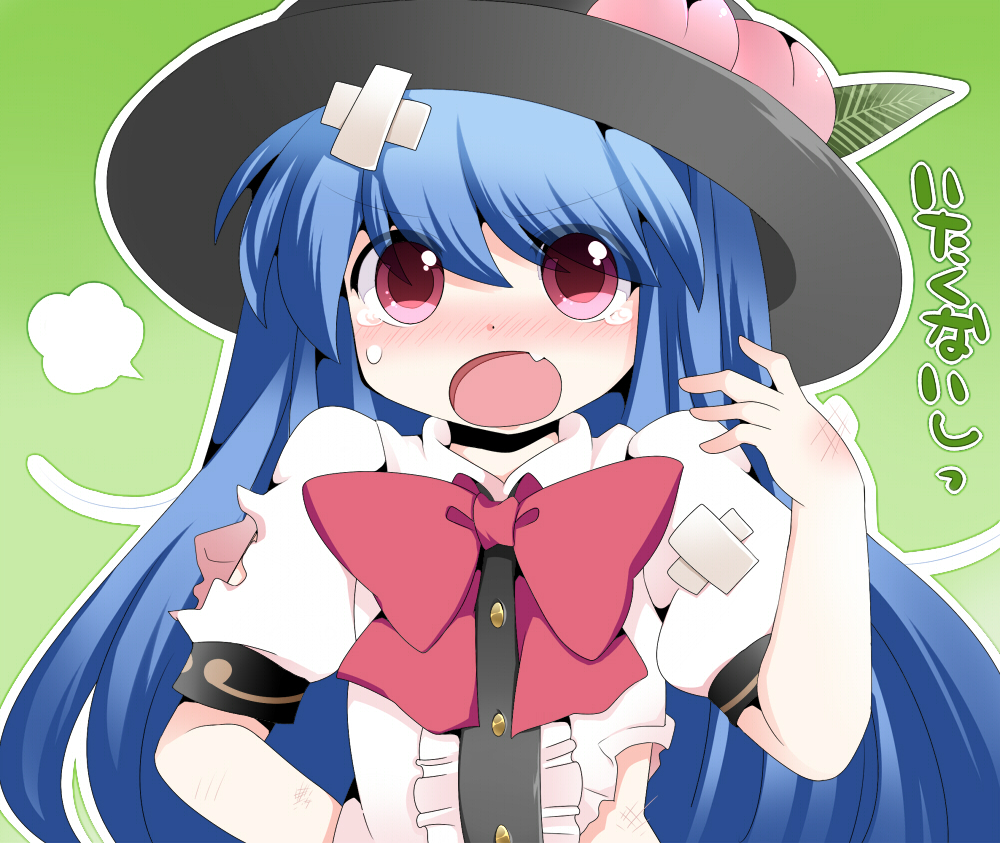 "You should see the other girl? eheh." 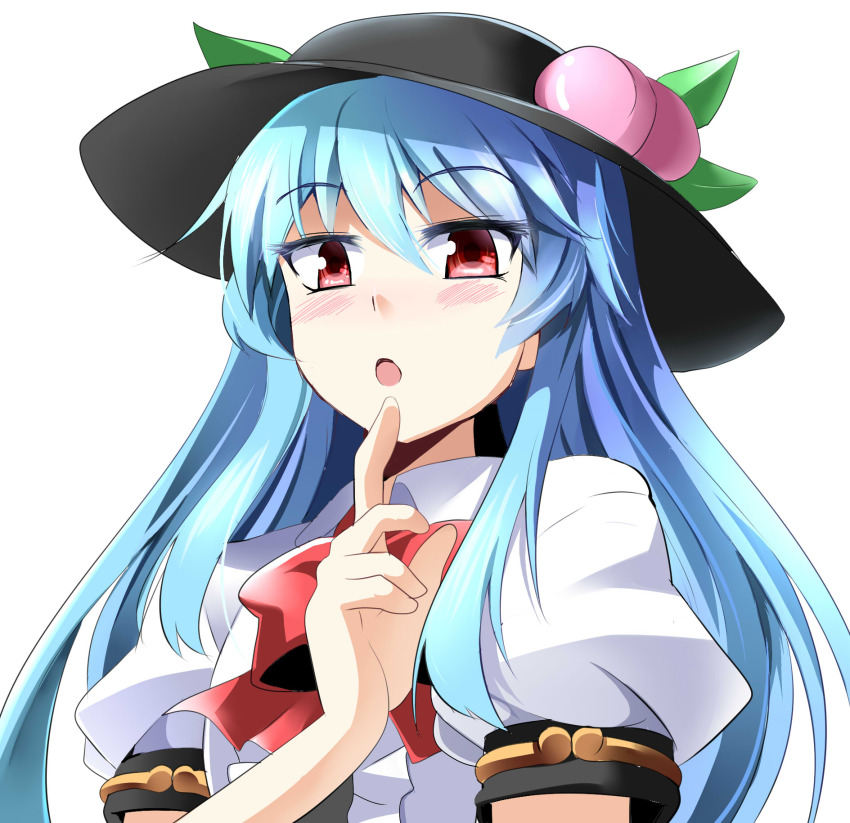 "Now what was my next move?" 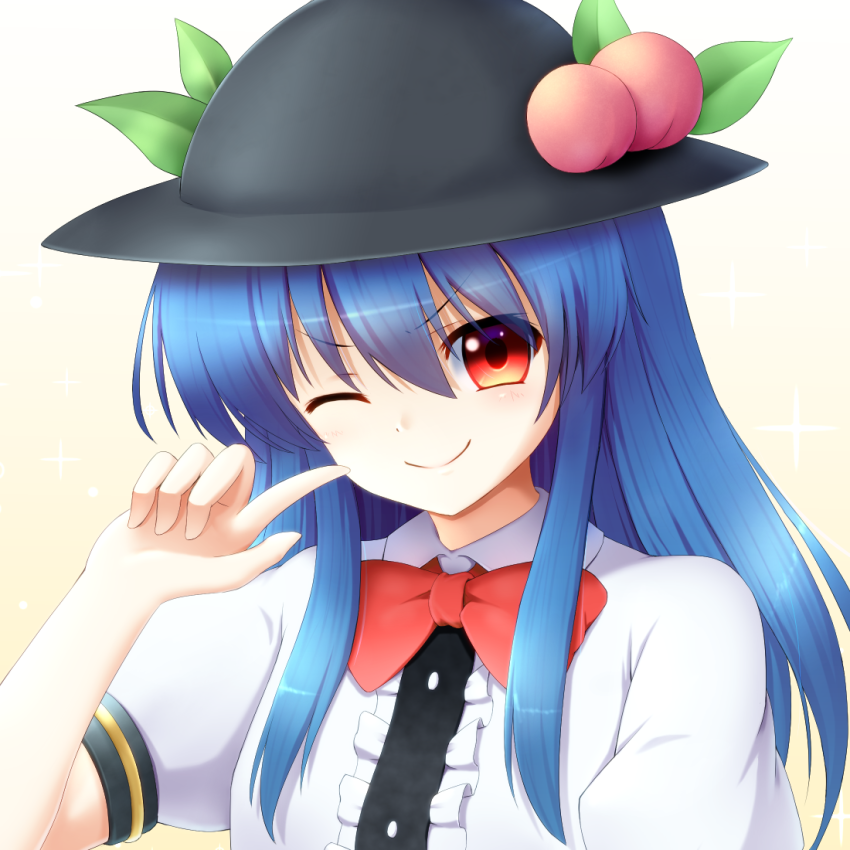 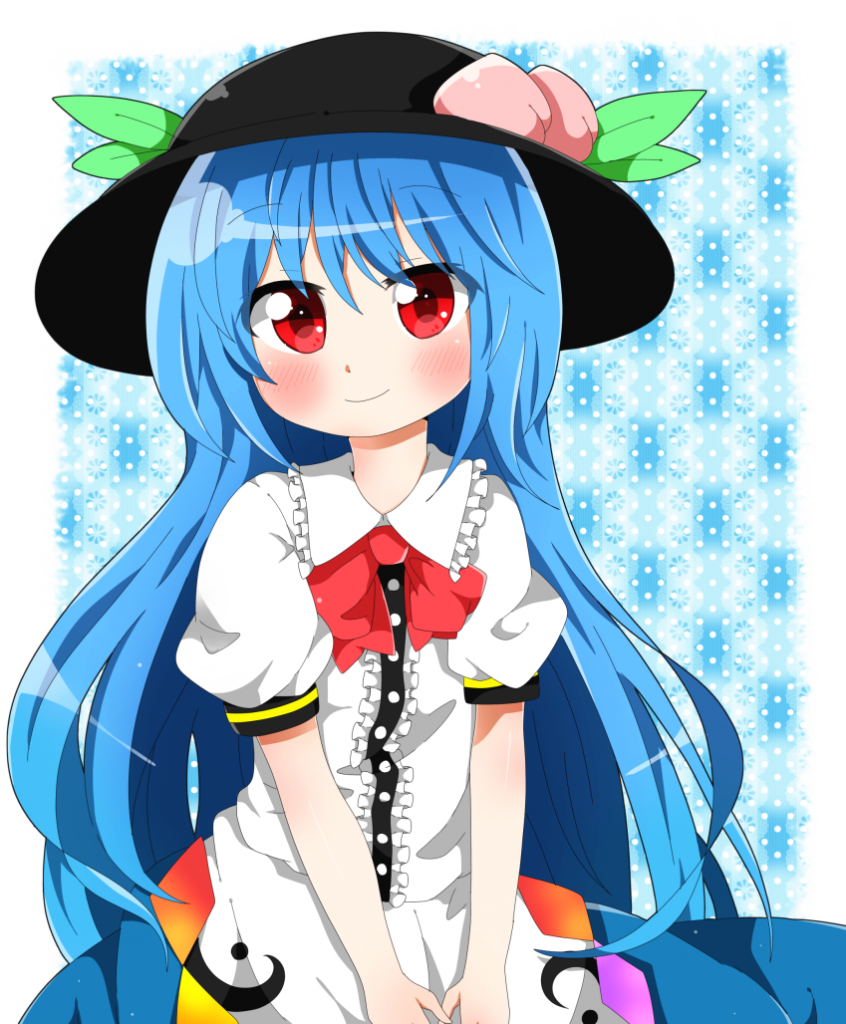 
Personality
Despite having brought up with every available benefit, Tenshi's temperament never turned her into a spoiled brat. She's kind to a fault, magnanimous and selfless. She'll do anything to help those around her and has a natural instinct for seeing people who are troubled. Especially when they are trying to hide it. She believes in competition but never wants things to get nasty between her and her opponent. She also hates cheating and cheaters and those who might try and take shortcuts to get anywhere. Despite that, instead of scolding them, she might try and help them see the errors of their ways.

-Tenshi loves peaches. They are her favorite food to eat.
-Tenshi doesn't like to think about her own sexuality too much.
-She pretends she's too busy but she's found herself staring at guys and girls from time to time.
-She also secretly watches the hentai matches that AFW has.
-She might even secretly want to be in them one day.
-She might like to be dominated by some of the girls.
-Tenshi doesn't like to think about her sexuality too much.
-Tenshi loves hats and especially loves peach themed ones.
-Because of her exceedingly high talent, she was considered a perfect storm in whatever she did. Now, having gotten a little bit older, she was called the Queen. She thinks it might be a bit too arrogant but it is the burden one suffers for being perfect.
-Tenshi still has Sir Bark's collar. When she is out and about, she wears it as a bracelet. She doesn't wear it to the ring because she doesn't want it to get ruined or stolen.
-Sir Barks is actually short for Sir Boers Di Hughes, knight of the land of Barks-a-lot, esq. Barks-a-lot being the area that was reserved for Sir Barks on Tenshi's palatial estate. Itself a veritable doggy kingdom.
-Along with her interest in fashion comes an interest in cosplaying. Though, she mostly keeps that love for herself, some small interest can be seen in her rather unique ring attire.


Wrestling Information
Strengths: Tenshi considers herself an all arounder but she admits that her smaller size makes a more agile fighter than anything else. She prefers to fly high and wear down her opponents but running circles around them and using hit and run tactics. But that doesn't mean she can't keep up with the best grapplers or even throw in a powerful slam or throw when required.

weaknesses: Tenshi believes she has a solution for every advantage her opponent might use against her. If she was pressed she might say that she is TOO good, and that she could underestimate her opponent because she's not able to compare her strength to theirs. She's never lacking in confidence in her own abilities and doesn't see it as arrogant.

Strengths: Her athletic skills make her a great aerial fighter as well as having fast speed to surprise her opponents, all while having great technique in grappling and suplex moves.
Weaknesses: Due to her body type she cannot defend herself from most damage well and takes more damage then usual, making her a Fragile Speedster.
Style: All arounder

Preferred Matches: Tenshi prefers standard matches. Anything else doesn't really prove that her skills are superior. But, if pressed, she might find herself unable to back down from any sort of challenge.

Favored moves
Belly-to-belly suplex: To show off her physical prowess, she likes to grab her opponent and lift them up for a neat and clean slam. A classic move.

Front Flip DDT: After applying a front facelock, Tenshi pushes off the mat with her legs to flip the opponent and drive them onto the top of their head into the mat.

Finishing moves
Victory Star Drop: Tench puts her opponent on the top turn buckle so their back is towards the ring and climbs up. She then leaps, hooks her legs under her opponent's arms and slams her opponent hard into the mat on their head, neck and shoulders.

Split Legged Corkscrew Moonsault: While her opponent is laying on the mat Tenshi climbs up the turnbuckle, poses for the crowd and jumps, hitting the ropes with her thighs to propel her into a corkscrew moonsault that splashes her body onto her opponent.

Wrestling Attire:
Tenshi wears multiple outfits for her fights depending on the type of match. All are variations on her normal outfit. She usually just changes the color of the bow. It's normally a pinkish red for normal matches.

For Tag Team matches she will wear a bow that match with her partner's outfit's colors.

For Gym training or sparring sessions Tenshi likes to wear a white bow. Back to basics!

If a match on the day of Sir Bark's death is scheduled, Tenshi will wear a black bow.