» Homura Kayda Vs Cicilia De'Reignhardt - Clash of Fists
by Cicilia Today at 6:39 pm

Best 2 of 3 round match  -Special rule: 2 minutes penalty time for each ruound lost, during which the winner can do whatever he/she likes with the loser 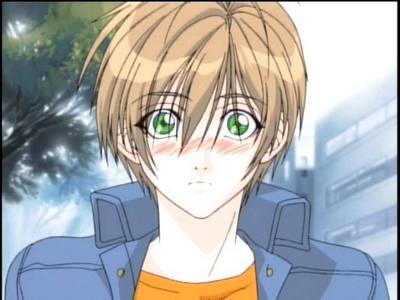 Nico was in the middle of the ring, waiting for his female opponent to show up. Not very tall, or strong, or skilled at wrestling, the cute looking boy certainly had not an impressive score since he had been forced to join Tension. Nonetheless, he was willing to improve both his skills and records, and this could be a good chance to do it... or so he wished.

"Alright, time to win a match!", he said in self encouragement, doing some stretching to prepare his not-so-impressive muscles as he looked at the ramp, waiting for his unknown female opponent to show up.
_________________
Ryu's team:

The crowd was hyped up at Lindsay's appearence, clearly captivated by her bubbly personality, lovely looksbouncy and, last but not least, her large bouncy bosom.

Sure thing, the girl looked more confident, and way less nervous than he was, Nico thought as she stepped right in front of him for presentations, teasingly sticking out her tongue for him in that "naughty girl" fashion.

Lindsay was as tall as himself if not slightly taller, which was not unusual for the Italian boy given his cute and petite built. Apparently, she also had some weight advantage on him... and that extra weight was neatly distributed in all the right places, which couldn't go unnoticed from a normal healthy boy like Nico..

"H-Hello miss Lindsay and nice to meet you. I wish you a good match", he responded stretching out her hand for a polite handshake. He was trying his best to look calm and not impressed there, but the slight blush on his face revealed much more than he would want about his actual nervousness before such beautifully teasing opponent.
_________________
Ryu's team:

Of course, Lindsay had much more in mind that just a polite handshake. Nico gasped and blushed deeply as she grabbed his hand to pull it right into the large, warm mound of her breast with that teasingly sweet "squish squish" comment, arising amused laughters from the crowd.

"G-Gasp... But what are you...? Uhhh... 0///0". Nico would protest with a shocked flustered face... Though his hand was still lingering there on her hefty bosom.

And that's right when the bell rung, catching the boy offguard in such compromising position.

A cute looking blush arose to Nico's cheeks as Lindsay started to gently sway side to side having her large breasts bounce suggestively.
"What....? N-nonsense... I'm your opponent... I can't... 0///0", the flustered boy mumbled in response.

But he didn't move away or bring any attack: he just stood there staring at her lovely boobs. So bouncy and glistening, he thought as his head lolled side to side along with her swinging, like hypnotized by a gently seductive spell.