"Student of the Game," Helvetica Lee

"Student of the Game," Helvetica Lee

"STUDENT OF THE GAME," HELVETICA LEE 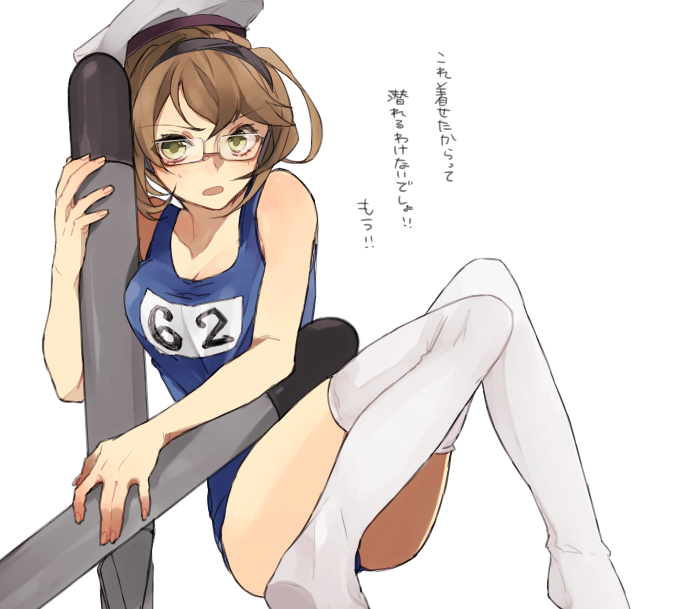 Helvetica in ring gear, an old track and field uniform.  Athletic and functional- why spend money on wrestling gear that's just going to make her look like a skank, anyways? 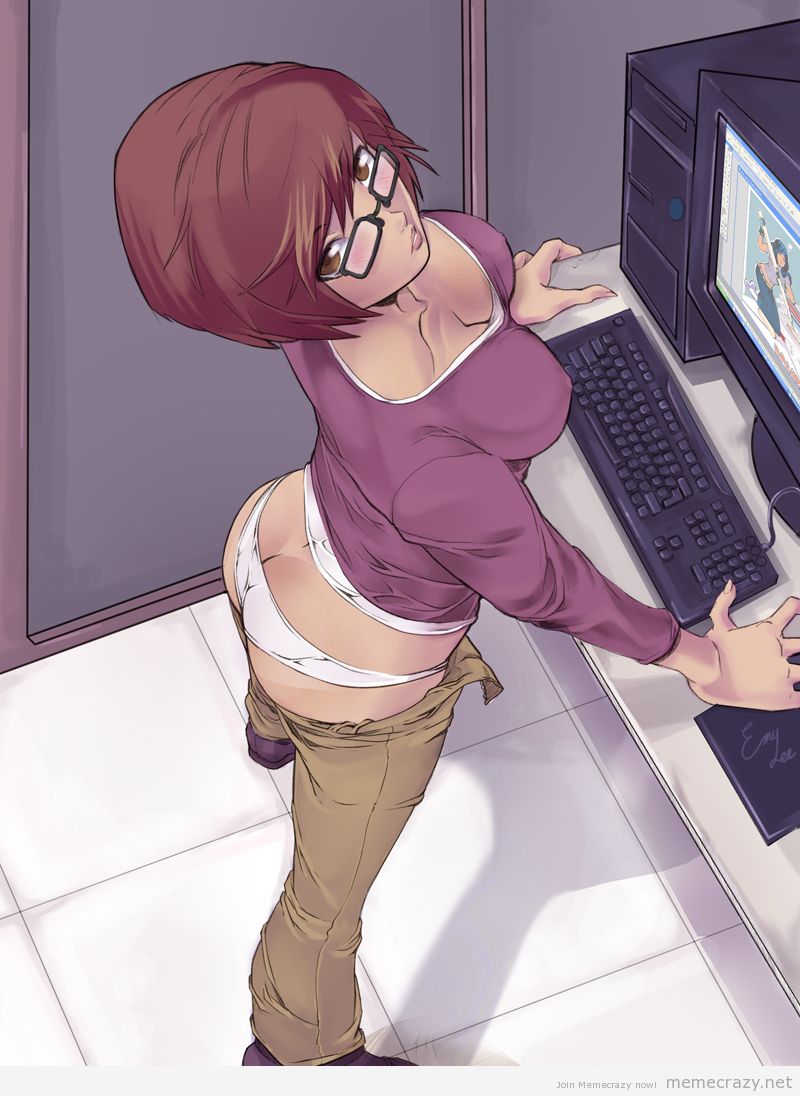 A shot from one of Helvetica's web shows.  Shooting the show from the "camera on the monitor" angle was deemed "too mainstream."

WRESTLING INFORMATION
Helvetica spent years studying the art and science of wrestling the best way she knew how:  via television, grainly old VHS tapes and YouTube, mostly.  Believing the mental aspect of "the game" to be the most essential part of success in the industry, Helvetica has devoted herself to getting as far as she possibly can in the industry, without having to suffer the indignity of being condescended to by some "trainer," somewhere.

Slams and Throws- Helvetica has studied an incredible library of wrestling grapples and holds.  The "Student of 1,001 holds," Helvetica knows exactly how these holds are applied and executed.  At least, what it looks like when they go well.  And, really, that's at least more than half the battle, right?

Technical Skill- With the knowledge of a vast library of holds and grapples comes the knowledge of how they're countered, how best to transition from one such move to the next, and how to optimize each and every one of them for maximum effectiveness.  Helvetica knows the names of counters to moves that "expecienced," "actual" professional wrestlers have probably never heard of.  Honestly, as if ever actually having executed a move somehow means you know better!

Strikes- This is an area in which Helvetica is excellent.  She's pretty certain.  She played LaCrosse for a total of six years, after all, and how much more brutal can professional wrestling be than that, right?  Come on.  Hitting a chick is just hitting a chick, right?  So, by her own estimation, Helvetica is as good at stiff striking as just about any non-Japanese person can be.

Submissions- Like every other hold known to professional wrestling, Helvetica has seen pretty much ever submission hold there is to see.  Surprisingly, however, she's actually pretty good at holding out, in them.  The way she sees it, every time a wrestler steps into the ring, they should be making the statement that they are the best.  Submissions are an admission of being wrong, about that, and the one thing a person on the internet can never do, is admit they were wrong.

"The Mental Game"- Helvetica insists this is a thing, and if it is, it's easily her strongest asset.  Through a combination of back-handed compliments, unflattering comparisons and outright insults, the "Student of the Game" does her best to make her opponent as self-conscious and unsure of themselves as possible.  She seems to think this will make the opponent easy prey, but this hasn't really worked out in practice, thus far.


PREFERRED MATCH TYPES
Helvetica is only familiar with standard, singles matches, from personal experience.  Given the right situation, however, she could be willing to step into any sort of match.  Did you ever see that eight-man, barbed wire exploding electric ropes match that Ultimate Nippon Grapple Extreme did back in 1987, though?  Probably not, they only ever produced seven tapes of the event, and not all of them survived.  If that were the quality of match that AFW was capable of booking, Helvetica would totally own you in it, she's seen that thing, like, a thousand times.

FAVOURITE MOVES
Helvetica has a deep-rooted respect and admiration for simple-yet-effective, devastatingly technical moves.  She loves submission moves like kimura armbar, the figure-four leglock, the indian deathlock, the inverted standing camel clutch.  Her favorite slams include such favorite such as the falcon arrow, the dragonrana, the dragon screw, the enzuigiri kick, the fireman's carry Â¾ bulldog facebuster, and other moves you're probably not terribly familiar with.  If she could ever pull off even one of these moves off in a match, she would conceivably be quite formidable.

Rising to a slight degree of fame (well, internet fame, anyways) through a series of video reviews of wrestling shows, Helvetica Lee quickly developed a following of snarky, "in-the-know" wrestling fans that became fervent followers of her biting sarcasm, vicious criticism of almost anyone's in-ring skills and fearless (and baseless) speculations as to the goings-on backstage at various big-name wrestling companies.  And the occasional ill-fitting top and strategic lean or bend around the camera probably didn't hurt matters, either ...
Maintaining her show for a number of months, Helvetica's harsh criticisms and total lack of filter made her no shortage of enemies, even within the actual (regional) wrestling industry.  Eventually, after badgering a local competitor for months about everything from her ring gear to her figure to the exact way she pulled off a suplex, Helvetica found herself challenged to a match.  To the shock of all (wrestler included), Helvetica agreed.  She boasted her expansive wrestling knowledge dwarfed that of the "bingo hall jobber" who had challenged her, and that she'd run circles around the "glorified ring rat self-marking bitch."  Concidentally, Helvitca's Cafe Press shop rolled out numerous new products, the exact same week.  Refusing all offers of letting Helvetica back down with dignity, and then all offers of training to help her compete, Helvetica went into the match with nothing behind her but a minor (internet) media circus.
She lost the match in less than four minutes, entrances included.  The promoter made bank, the wrestler felt like she'd struck a blow against shitty internet fans everywhere, and all parties involved made surprising cash off of the angle.  And in less than a week, Helvetica had a new video posted complaining about her opponent only performing one body slam in their match.  And a poor one, at that.
Despite her "business as normal" attitude, however, Helvetica found herself faced with a credibility problem.  It was a pretty public ass-kicking she'd just had, and it was hard to maintain the idea that she simply "knew better than anyone else" how wrestling worked.  So, she opened a fan poll, allowing her followers to decide which major wrestling promotion she'd be heading to, in order to show off her superior wrestling know-how.  AFW won the poll by an incredible margin. One successful IndieGoGo campaign and some asset liquidation later, and Helvetica was on a plane to Japan.  Now beginning to settle into her new home, Helvetica's primary goal is to show up as many of these so-called professionals as she can, with her obviously superior knowledge of the sport.  Management's goal, seemed to be to make as much money as they can off this blow-hard and her bizarre fanboys before she finally comes to her senses or got herself injured.
Which, perhaps inevitably, would eventually happen during her match with a wrestler named Beyonce.  Almost pathologically adverse to simply tapping out, Helvetica's arm was broken in the the match, which has left her on the shelf until it heals.  As a result of the match, however, Helvetica seems to have developed an overwhelming fascination with Beyonce, making the woman the first AFW wrestler to earn the "student of the game's" approval ...


QUIRKS AND FUN FACTS
-  Whenever Helvetica signs legal documents, she does so in an amazingly indecipherable scrawl.  Whatever she's writing, it doesn't look anything like the word "Helvetica."
-  Helvetica's iPod is filled with wrestling entrance themes, exclusively covers done in acoustic, orchestral or chiptune style.  She accidentally downloaded a standard theme, once, and had to sell that particular iPod.
-   For all of her snark and vitriol, Helvetica is actually quite a fan of wrestling.  She usually kills time by watching matches, which is the best time to approach her.  Anyone she actually sits down to watch a match with, she'll be incredibly pleasant to.  It's simply recommended that the match one watches with her isn't one that they competed in.
-  Helvetica is gleefully enjoying her time in Japan, taking in as many cultural sights and experiences as she can while she's in AFW.  She's been learning functional Japanese, but is not really proficient to the degree that she believes herself to be.

1.Mai Nagasawa d. Helvetica Lee via pinfall:After barging in and interrupting a stage show by a popular AFW idol, Helvetica manages to get herself into her first match.  A dominant and crowd-pleasing display by Nagasawa.  "If," Helvetica would later say on her vlog channel, "you're into that sort of pandering crap.  She did do all of her moves correctly, at least."
2.Daio-Chan d. Helvetica Lee via pinfall:  Helvetica finds herself in her next match, this time against a veteran trainer in the AFW.  Yet again the result of her poor social skills, Helvetica nonetheless sees this as yet another opportunity to prove her superior knowledge of "the business."
3.Beyonce d. Helvetica Lee via ref stoppage:  After an absence from the ring, Helvetica takes on Beyonce.  Proving brutal beyond anything Helvetica had seen in an AFW ring before, Beyonce takes the match far past her breaking point.  Or, more accurately, Helvetica's arm's breaking point.

RELEVANT THREADS
Beyonce & Helvetica's Post-Game Chat:  Following their devastating match-up, Helvetica approaches Beyonce about a potential business partnership, and expressing her respect for the wrestler.
Beyonce vs. Danika Gorski:  With her arm in a sling, Helvetica Lee lends her self-described "considerable vocal talents" to commentary for Beyonce's next match, a contest against Danika Gorski.