Sonia's:
I Burn
I Burn Remix

Background
Sonia came from a preppy, strict, and wealthy family in Ireland that is all about following rules and watching what you say as if you were a scripted royalty actress, a life style she seriously hated with a passion all her life. Ever since she was a child Sonia just felt like she was some puppet on strings, always having those strings being pulled by someone and wasn't her own person or even had her own freedom. She just begged to have freedom of any kind, no matter how she had to obtain it. Over time during Sonia's Junior High School years, she began sneaking out of her villa every chance she had to get away from her strict family and during these times of playing hooky she developed a tomboyish personality and a short temper she would only show out of the reach of her family at first. When it came to Sonia's first year in High School, she did NOT have a good time, she was bullied for her status non-stop. But that came to an end when Sonia's short temper exploded and she punched one of the kids hard in the face, breaking his nose and at that moment Sonia realized she had a thirst for fighting which then became her life long passion.

Every time she sneaked out, Sonia took any chance she had to get into a fight and get stronger to not lose and beat any fighter or brawler she came across, even going so far as to go into dark alley ways to purposely find thugs to beat up which she always does and comes out on top. The satisfaction of beating someone up after either a good long fight or one sided domination thrilled Sonia to no end, the only problem she had was suppressing this feeling while home and with her parents. One day though, out of the blue her parents announced the WORST thing any parent would do for their child against their will, arrange a marriage for their daughter. Sonia got absolutely mad that night and yelled at her parents before punching her father in the face, stealing a good portion of their money and running away from home.

From that day forward as Sonia lived her life, she did whatever she wanted with the ultimate freedom she finally got. Even if it wasn't obtained rightfully, but she still loved that she hurt her parents badly. Sonia got into whatever trouble she got into whenever she had to the chance to fight, whether it were on the streets or at clubs, she always looked for a chance to fight someone. But then one day, Sonia into a fight with a wrestler that she started and was easily subdued by her counters and submission holds, having not landed ONE fist on her. Having suffered her first true and utter loss made her think, that maybe street brawling wasn't a good choice for getting fights, and that wrestling just might be better suited for her instead. With this in mind, Sonia began to train herself at gyms on how to wrestle to further improve her skills even more to get stronger to beat anyone she fought.

Once she was stronger and ready, Sonia made her way to join the AFW Friction Wrestling, planning to kick ass and try to take the Championship. But she was not satisfied with wrestling few matches at a time as herself, so Sonia decided to join in twice with 2 identities to pile in more matches for her to take part in. Her first identity as just herself, and the other one, the masked wrestler who is the Bright Flame of Justice, Sól Elda!

Appearance
Sonia has a tall, very slim, well-toned, and built body that she likes to show off at times which shows she is ready for anything physical related, especially when it involves fighting. She has long flowing hair that slightly splits into a V and goes past her hips a bit that she'll sometimes put into twintails, and she has a slightly above average bust. 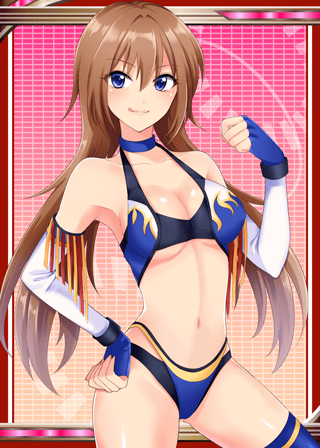 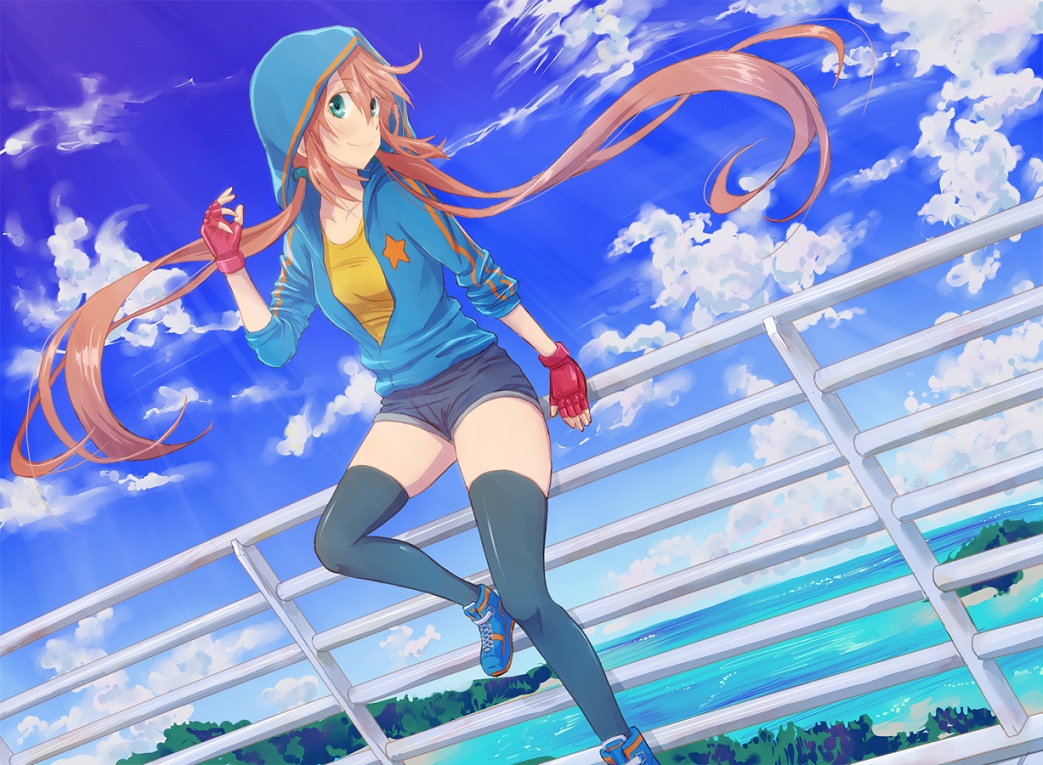 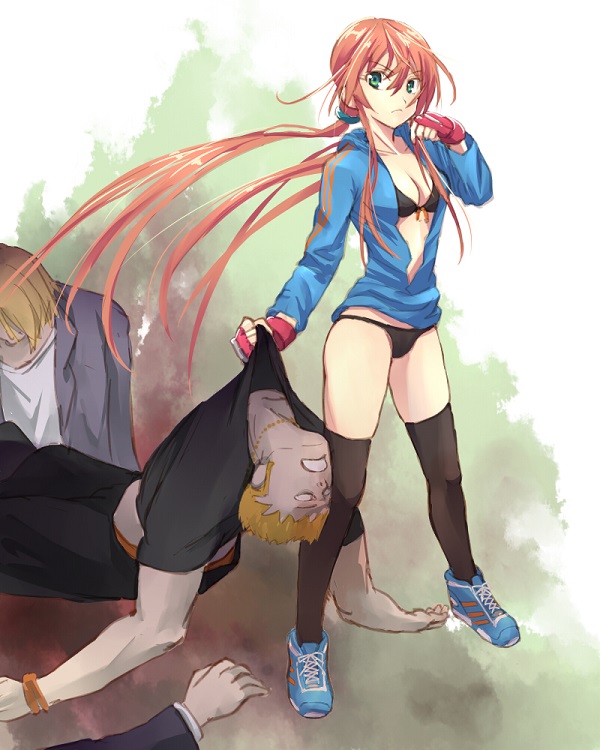 Putting a bunch of punks in their place 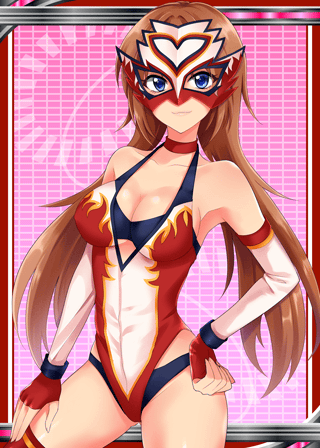 Personality
Hotblooded and full of eagerness to fight, Sonia is a wild girl that just wants nothing more then to get into a good fight to get her blood and adrenaline running fast. She is a big tomboy and a bit of a smart ass with foul mouth, liking to bad mouth her opponents in anyway she can in a match or out of one while acting cocky which would definitely piss anyone off, but she is fine with that as she doesn't care what people think of her. Sonia has a short temper and can easily get angry if pushed in the wrong way, she also hates any girl that is all "girly", as her life style made her hate the "prim and proper" life style of girls as she thinks that spoils them and makes them major selfish sissies and would gladly introduce her fist to their faces.

Contrary to this behavior, Sonia is very friendly person and she is real loyal to her friends, allies, and rivals, treating them as equals or higher then herself and will stand up and protect them if she has to. She'll go all out or even an extra mile if she has to when it comes to doing things for her friends and such, just to show how much she values her relationships despite whatever negative image and behavior she projects.

As Sól Elda, she practically acts like the usual cliche Super Hero of Justice shtick like act. During this she is willing to keep her cool and patience during matches and play fair regardless of anything, even though she'd rather just go for broke. But this is what she had to do if she wanted to fight more as 2 people.

Other Facts
- True to her Irish heritage, Sonia loves to drink alcohol and will spend lots of time at the bar when in the right mood.
- Sonia is a VERY mean drunk, so it's best to keep your distance from her in that state. She is also a hardcore lesbian once she is drunk for COMPLETELY unknown reasons despite being completely straighter then a rainbow.
- When push comes to shove Sonia can be quite a pyromaniac, as she likes to light stuff on fire and blow shit up.
-

Wrestling Information
Strengths: Sonia is all about raw strength
Weaknesses: Sonia is quick to anger and irritate once things don't go her way, so she can easily be taken advantage of during this and make her easier to dodge and counter.
Style: Street Brawler and Pro-Wrestling
Difficulty Level: Medium - Hard

Raining Hell: With her opponent laying on their back, Sonia will straddle them and just bring her fists down to throw multiple punches aimed at her opponents face with full force.