Type: High flyer/Dirty fighter (Relies on training from the circus, a mixture of acrobatics and various antics.)

Strategy: Bethany relies mostly on tricks in battle, using the acrobatic training that she had been given since infancy. She uses strikes mostly, hit and run tactics with a stylish flair. Bethany also tends to employ silly gag items, things like water spurting flowers and silly string cans. Often she uses them to get her opponent put off, so that she can then move and steal the win.

Preferred attacks: Anything that counts as a strike or high flying move.

Preferred matches: Anything that's not hardcore.

Endurance:*** - Bethany's lithe and wiry body grants her a fair amount of pain tolerance.
Strength:*** - Her training has given considerable upper body strength.
Speed:***** - Where she truly shines, Bethany can only be outpaced by the quickest.
Defense:** - Bethany can block if she's got to, but it's nowhere near her preference.
Technique:*** - Bethany is a near master at what she already knows and can usually apply her tricks and antics at the right time, although she's not good at most beyond that.

Striking:**** - "You won't even know what hit you, if you did it'd still hurt like fuck."
Submissions:* - Pretty much nil, that or self taught and not too good.
Powerhouse: ** - Her good upper body strength can let her lift girls her height or less, not much else though.
Aerial:***** - Bethany has been trained in acrobatics since infancy, this is where she shines best.
Counters: ** - Can deflect most strike based attacks, but she has it tough if put in a submission hold.

Finishing moves:
Top hat guillotine - With her opponent knocked down on their back Bethany mounts the nearest corner, lifting her right or left leg she then jumps off the top of the turnbuckle. Performing the splits while dropping down onto the opponent's neck or shoulders, setting up a pin while looking sexy at the same time.

Drum roll driver - Bethany cinches her opponent between her legs while standing, as if setting them up for a powerbomb. But what she does is keep her legs locked tight around her opponent's neck, Bethany then leans down and wraps her arms around the opponent's waist, while at the same time preparing to jump up and over the opponent. The opponent will move with the momentum and be driven right onto their head. She's not had much use of this move however, which could result in a counter from the opponent.

Personality: Bethany has two real sides to her, the first is the one that's most often seen by people. Of this cheerful and bubbly girl, who always tries her best to wow the crowd as she was taught to do. One who doesn't really care about the winning or the losing, Bethany is usually more concerned with giving the people a good show.

As that's what got her and her circus it's money after all, the second is outside of that though Bethany is actually quite shy, when all the makeup and costumes are removed from her. Years of travelling with the circus has left her without much chance to socialise with others outside of her work, but she's intends to try and make herself some friends here in this new line of work. The line of work that she has led Bethany to develop a sense of fearlessness, laughing in the face of hard odds.

Past: Bethany can't recall her actual parents, doesn't know their names or what they look like or anything like that. The girl has spent pretty much all her life in a wandering circus, she had been left at the entrance to the door of the ringmaster's trailer. Bethany was trained every day in acrobatics, going over routine after routine. While at the same time the circus staff helped the girl study in maths, and English and the other necessary subjects.

Life was good, Bethany was able to travel the world. The circus she was in was one of a small franchise, and was looking to expand into other forms of entertainment. Bethany was chosen to be a part of this endeavour, she was to be part of a popular wrestling circuit in Japan. Her training and athletics made her the prime candidate. Plus the ringmaster himself told her that she was an adult now, it was time for her to get some extra experience.

So with that in mind Bethany found herself bidding farewell to her circus, the family that she grew up with. And was now in Japan, she'd watched Friction before. When no one was looking as she was underage at the time, and it all seemed really crazy and exciting. So with that in mind she got her outfits ready and got prepared for the curtains to raise. 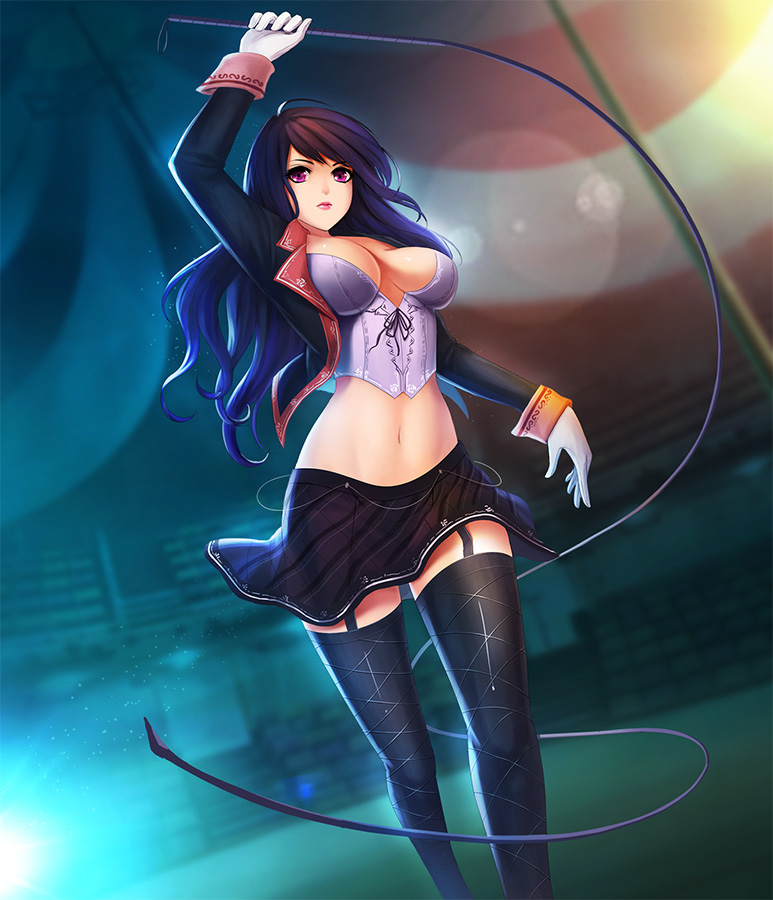 Wrestling Attire: See above but she replaces the high heels with ballet flats. 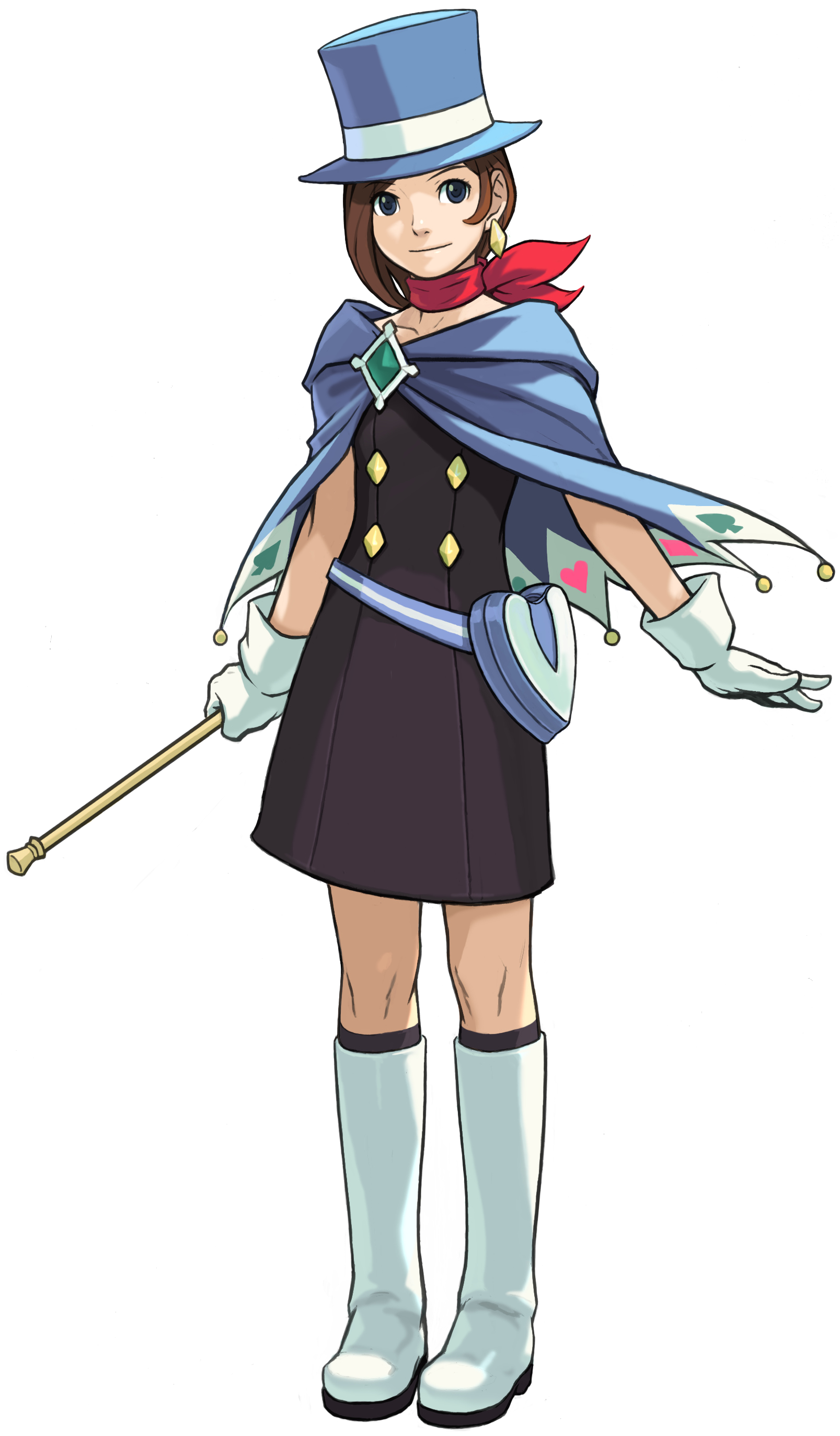 Goal in the AFW:
Bethany hopes to make a name for herself in both Friction and Tension, to help advertise her circus and it's name. Besides that the girl also hopes to develop relationships with others despite her shy nature, and of course do what she does best. And that's put on a great show to the crowd.

Fun Facts:
Has only had sex once, with the hot guy who looked after the animals. To this day they still acted awkward around each other after that.

Developed a bit of a knack when it comes to languages, can speak fluent Japanese and French. Currently trying to get German understood.