Strategy: Her strategy is as simple as it is overwhelming. Constantly keep on the offensive and never give in if struck. Seek out every blow like you were made to take them and hit them back harder, as you take their hits. Considering her absurd masochism and self-punishment shtick, this turns her into a bit of a train-wreck in a fight, as she is just a one-track mind pain-train that will keep wailing, kicking and biting at you even whilst you break her limbs. Alas, due to her extreme vulnerability to any sexual attacks, putting a stop on her can be much simpler than one might imagine.
Style: Incredible Brute Strength in single strikes.
Type: Extremely specialized.

Preferred Attacks: Punches, kicks and painfully tight grabbing to throw people. Clotheslines and other variations of kicks or punches included.

Endurance:★★★★- Her self-deprecation and masochism border on the absurd, leaving her with incredible endurance, especially in regard to pain. She can take a pummeling without complaint and will ere start moaning in delight than in pain as she takes hits. The more humiliating the better. She truly knows little in the sense of bounds when it comes to ‘offering the other cheek’ no matter which end the cheek may belong to.
Strength: ★★★★★ - Well, her strength is likely the only reason she managed to get into wrestling to begin with. In terms of showmanship her strength is possibly her main selling factor, as she possesses such ridiculous physical power that a number of things can be done with her that would be way too risky, or plain impossible to most people. In fights this translates to one thing only: Dodge.
Speed:★★★ – Due to her fighting style she does retain a certain level of speed, being mainly a boxer or kick-boxer in her approach. Naturally, being a little speedy is a bare necessity for her.
Defence:★ – Aside from her head she doesn’t guard at all. She’ll take any body-blow head on, without even trying to dodge, keeping only her head protected as she proceeds to pummel the shit out of her opponent. No pain, no gain. And a stupid ass like her deserves a beating anyway, so why bother defending?
Technique:★★ – Technique wise she is… good at what she does, but not very innovative. She is quite bad at anything involving complex holds, is way too clumsy to even consider aerial combat and thus simply replies on what she does best.

Strikes:★★★★★+ ★- Considering her insane brute strength, it is self-explanatory that her blows hit with ridiculous force. Even when guarding against them, most opponents would be pushed back by the raw power behind each blow, further enhanced by her single-minded focus on striking attacks and the resulting training in this aspect. The single rule remains: Dodge. You don’t want to take these hits, ever. If you do, the chances you will get back up are low. (The sixth star represents how off the charts her punching power is.)
Submissions:★ – She can grab you by the throat, leg or by your arms or your pant line. Also by your clothes. But beyond that she doesn’t know much about holds at all. Regardless, considering her strength, getting out of them is recommended, albeit not hard if she doesn’t literally have you by the throat.
Powerhouse:★★★ – Due to her lacking knowledge or skill in submission, she is by no means a skilled powerhouse. None the less her executed moves hurt a ton, simply due to her brute strength. If she pulls on your pants, you’ll have a wedgie so far up your ass you’ll think in fabric. If she grabs your arm… well, assume to be thrown as a father would(n’t) throw his child, when playing helicopter.
Aerial:★ – She’s fast on her feet, but don’t ask her to jump or perform complex maneuvers. She’d probably face plant on even ground before she could even do so much as a hand-stand, much less a summer-salt or a proper roll. Hell, she’s so clumsy she’ll fall on her face just walking or running at people.
Counters:★★★★ – Consider her endurance, her brute strength and her raw punching power and you can consider trading blows to be an exceedingly bad idea. She takes hits like a champ and doesn’t even blink as she takes them, simply hitting back as she gets hit. No regrets, if there’s an opening, she uses it, even if she gets a knee in the gut in the process. Chances are, her opponent will hurt way, way worse.

Spear: She simply runs straight at an opponent, ramming them in the solar plexus with her head. Considering her near suicidal aggression in combat, this is done with enough speed and strength to hurl a person through the entire ring. Has potential of hurting her quite a lot though.

Choke-slam: The classic choke-slam wherein she grabs you by the throat, lifts you up and slams you down on your back. Her variation actually lifts you up entirely by the throat on one arm. Brute strength is a nice thing to have. Thus she sometimes turns it from a chokehold into a choke-slam.

Slothful Spear: This variation of the spear can only be used on an opponent that is currently in the process of getting up, near the corner of a ring. Gene, standing in the opposite corner, will stomp and prepare for her charge like a bull… before doing an even faster and stronger spear than usual, to  ram her opponent into or even onto the corner, by spearing diagonally upwards, to launch them into the air through the force of her charge. She’s hurt herself a few times already with this move, but it simply is her finisher.

Black-out: As simple as it is effective, it describes a sudden charge over the entire length of the ring in an almost unperceivable movement… that launches an uppercut at her target’s chin, to deliver an immensely powerful knock-out blow. This can only be done to tired out opponents, as others would see it coming.

She’s a person whose environment generally always told her how bad she is at stuff. How clumsy and pitiful her efforts are, how stupid she is and how ridiculous she looks. Naturally, her self-confidence is one bordering at the line of non-existence. She thinks she can’t do anything right and if she manages to get it right, she tends to blame the success on her opponent’s weakness or her great training. In a sense, she does not really accept praise. In part, this is due to her strong affinity towards humiliation and punishment. Being so used to deprecation, she learnt to find pleasure in it, indulging in the shame others put on her, because it always looked like they were happy about seeing her humiliated or hurt. And making others happy was pretty nice. In tune her body also learnt to react to the new stimuli and processed pain as pleasure, especially when it came to sharp or dull pain. Furthermore she developed in incredible butt fetish, indulging in particular in punishments that treated her rear end, when she sought to find pleasure. Overall, she’d timid though, strongly contrasting her tendencies. A certain friendliness, paired with an overall slightly motherly demeanor tops off her basic personality. Despite her sexual eccentricities and her masochistic tendencies, she does appreciate kindness a lot. People praising her is something she doesn’t understand and doesn’t consider to be true for the most part, but even so… even so she’s glad to hear it. If somebody could be proud of her that would be the most fantastic thing.

She grew up in Britany, having a Swedish father and a French mother. Her early life was actually rather nice, although she did at times conflict with her elder sister. When she hit school however, it soon showed that her intelligence was… not the best. She had several learning impediments that prevented her from doing really well in most subjects, aside from some sports, as well as arts and history.  As a result her parents became rather disgruntled and even disappointed, considering her much more intelligent elder sister. While they didn’t show it openly, Genevieve none the less felt their disappointment and started to apologize for being so bad, smiling to lighten their moods. Her parents misunderstood it as her making fun of herself in a positive way, in a way that implied that it wasn’t a big deal to her personally. So they too started joking about it. This habit continued on even throughout her teenage years, wherein it became more obvious and she even started to purposely fail and be clumsy, so people would laugh. It had become normal for her to make people happy at her own cost. A few years later, she had joined a boxing school, as her only real talent had always been sports, in particular the more brutish kind. Her reputation as a big, simple oaf was thus reinforced so heavily that she really just had to focus on what she did best. Which was punching stuff. Working as a somewhat decent boxing assistant instructor for the next years, Genevieve joined the wrestling league about three years ago, when she was first scouted as a model by a man who’d come to their boxing ring once so often. From underwear, over playboy magazine or artistic nudes, she worked in this milieu for about six months, before being scouted into the wrestling league by a colleague of her photographer, due to her martial prowess and imposing, yet apparently attractive, huge frame. And she had really no reason to refuse. The pay was right, she did what she was best at… and it felt oh, so very good most of the time. 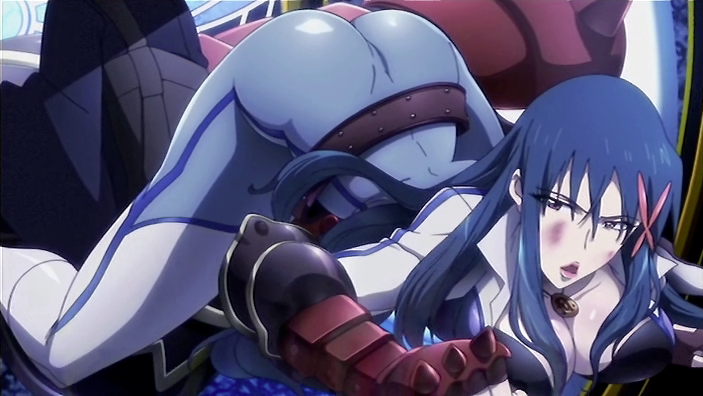 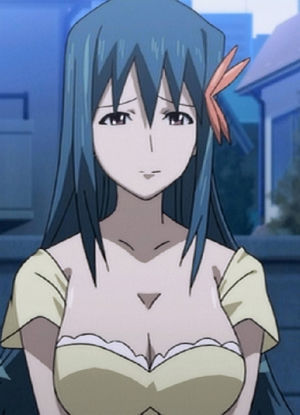