Strategy
She tries to use her speed to her advantage, dodging attacks and finding an appropriate counter.  She’ll also try to quickly pick up speed to perform some more acrobatic moves when possible.

Preferred Matches: She won’t back down from any challenge

Finishing moves:
"Still thinking. I'll gladly accept volunteers to lose a match and help me try something out" 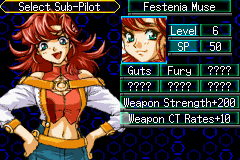 Personality
Ally is quick to anger. She’s also quick to laugh. In fact she’s quick to just about anything. Ally is quite competitive and will turn just about anything into a race. She tries to act tougher than she is because “I ain’t gonna let anyone push me around.” Often times this leads her to bite off more than she can chew. In the ring she’s rarely quited and quite impatient. She generally likes to play with her opponent a bit before finishing them off. Outside the ring Ally isn’t much different. She wears her emotions on her sleeve.


Past/History
Ally grew up in England to a fairly poor family. She became quite used to fending for herself while her parents were off working as much as they could just to scrape by.One day luck struck and they won the lotto. Her family received a decent sum of money that allows them to live comfortably. Once they had the money, Ally was allowed to travel and go to college. Ally really had no idea what she wanted to do or where she wanted to go. The girl found a map and threw a dart at it to decide where she was headed. The next thing she knew, she was off to Japan.

In her early years Ally’s mouth would often get her in trouble. Currently nothing has changed. She heard of the AFW friction league while talking with some wrestlers at a bar one day. Not willing to let them show her up, she decided to join and kick some Ass. Ally was always very tomboyish and could hold her own when roughhousing with any of her guy friends. She didn’t always end up on top but when she did she enjoyed teasing her friends.