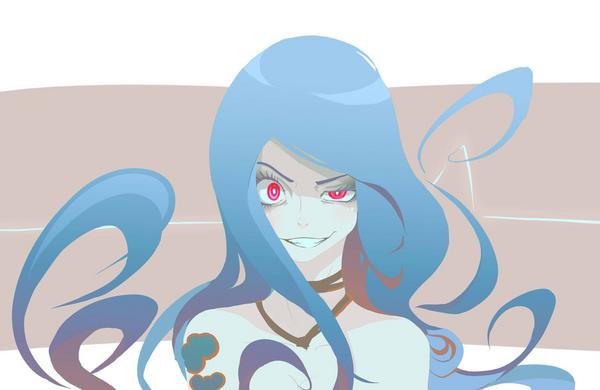 Strategy: If she has one it’s not very noticeable
Style: Street fighting
Type: Brawler / Aerialist

Endurance: ★★★★ - Jessie has an almost unnatural resistance to pain and a great deal of endurance for her size.
Strength: ★★★ - While not big or muscular, Jessie is pretty strong none the less.
Speed: ★★★★★ - Speed is her specialty, and in the ring this girl can rarely be caught by oppoents.
Defense: ★★ - While she is very good at taking hits and keep on kicking, Jessie isn’t super durable.
Technique: ★★ - She’s a fighter that learned everything on the street, of course she’s not that fancy or technical.

Strikes: ★★★★ - Jessie can throw some pretty nasty strikes.
Submissions: ★★★ - While she doesn’t use them often, Jessie can use some painful submission holds.
Powerhouse: ★★ - She isn’t one to throw around her weight, mostly because there’s not much to throw.
Aerial: ★★★★ - She’s a high flying terror, so when she has the high ground, don’t get cocky like Anakin did...
Counters: ★★★ - She's not the best at counters, but she does her best and that's good enough.

Suicide Dives of all kinds:

Visual Appearance: Jessie is the embodiment of crazy looking. This insanely hot chick has clouds and bullets painted all over her so that she can change things up at any time. Jess is also very pale and no matter how much sun she gets it doesn’t really change other than getting burnt. Her blue hair is one of her favorite features because "It’s sooooo bluueeee” and her pink eyes are a result of contacts she always wears. As for her clothes, this psycho says the skimpier the better!

Physical Appearance: Jessie is a smaller fighter, but she is still a fierce one. Her body is also strong and durable (Not to mention incredibly sexy). Her hair is pretty long as well.

Personality: Jessie is basically as unstable as mental patients can be. She has a long history of mental illness and it has driven her to do some very questionable things that include stealing cars and picking fights constantly. Jess also has a long list of obsessions that range from explosions, vandalism, rough sex, and all forms of one on one violence. The one thing she can’t stand though is permanence. She likes chaos, the change that affects everything, and when people try to stop things from changing, she gets really pissed. This is why she ignores laws and those who enforce them.

She's a crazy one: 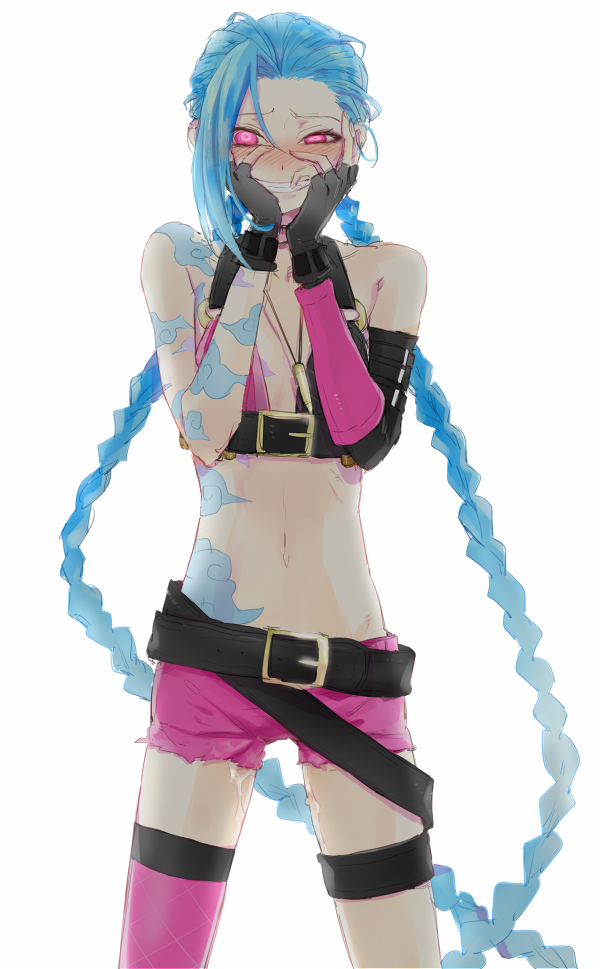 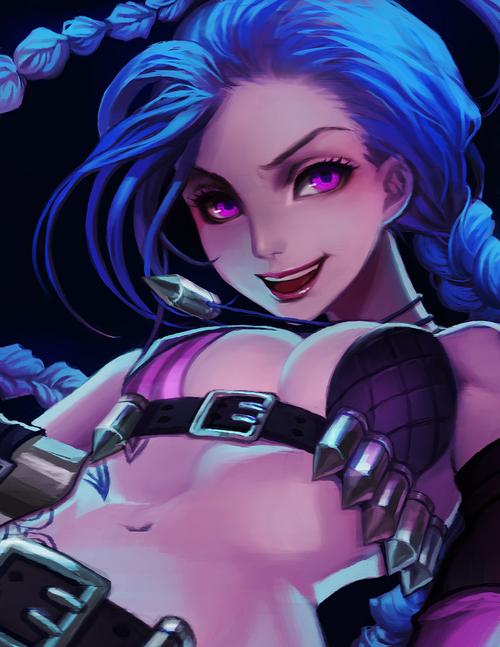 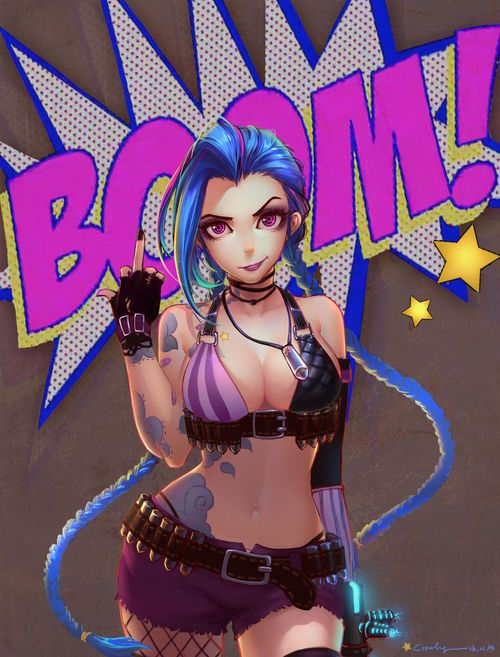 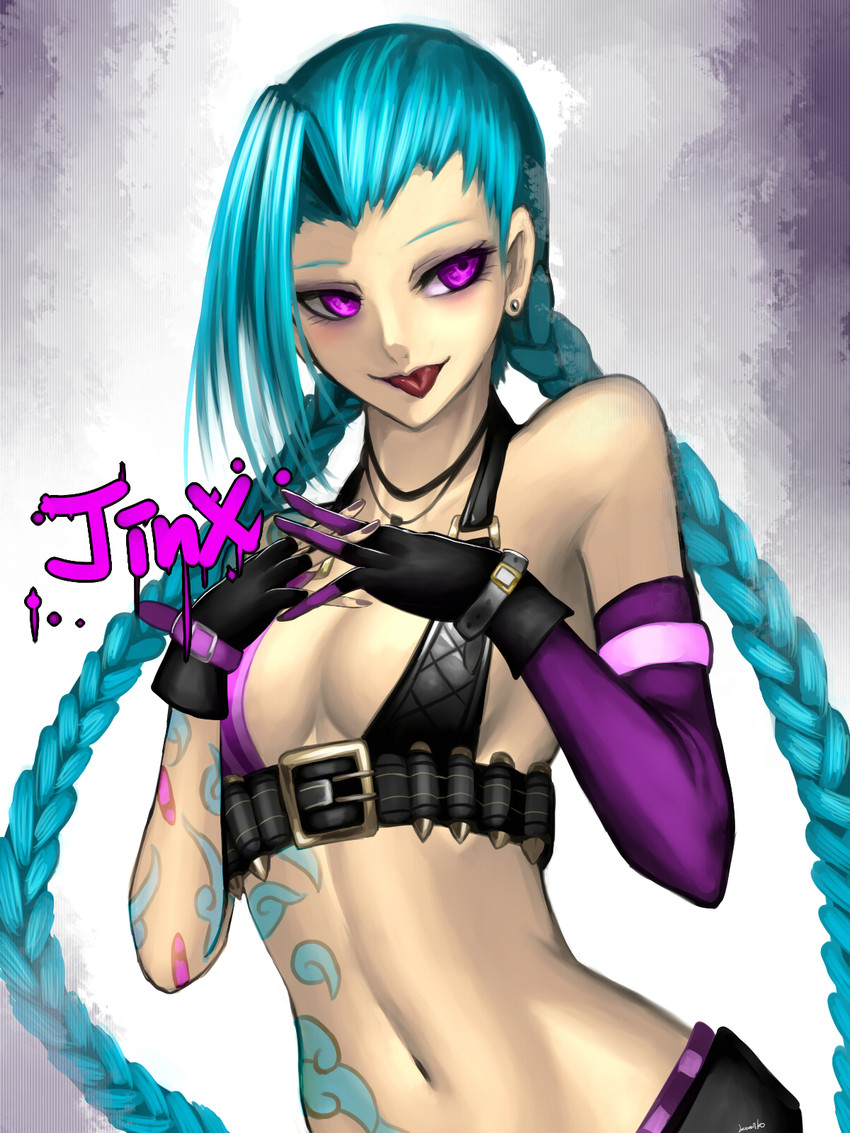 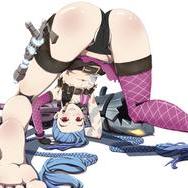 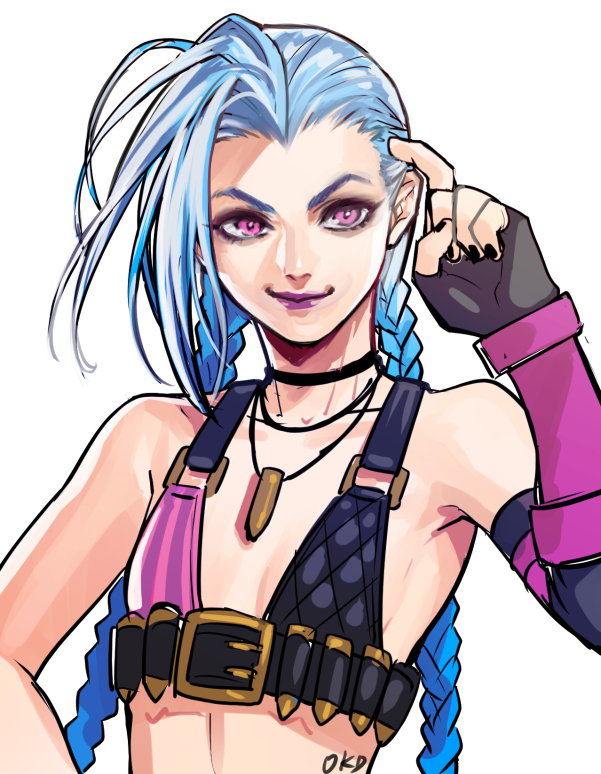 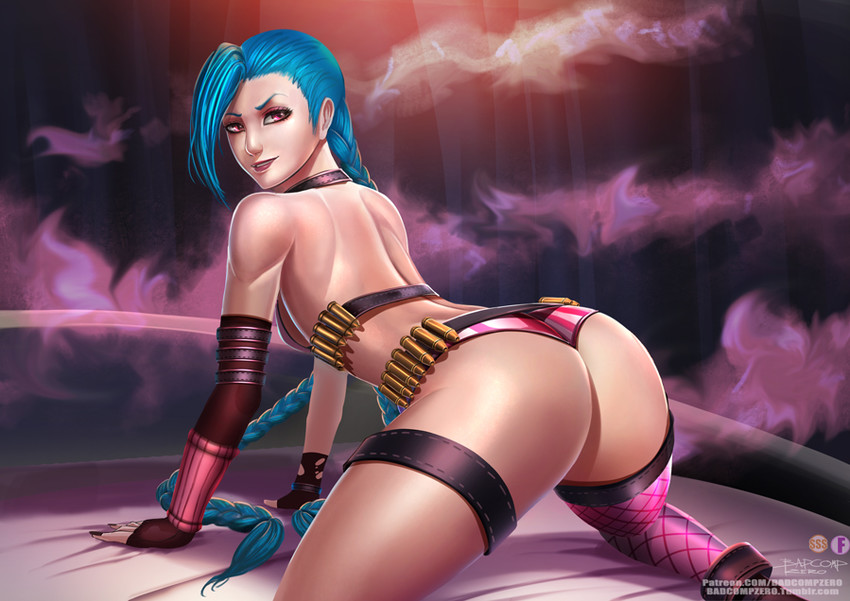 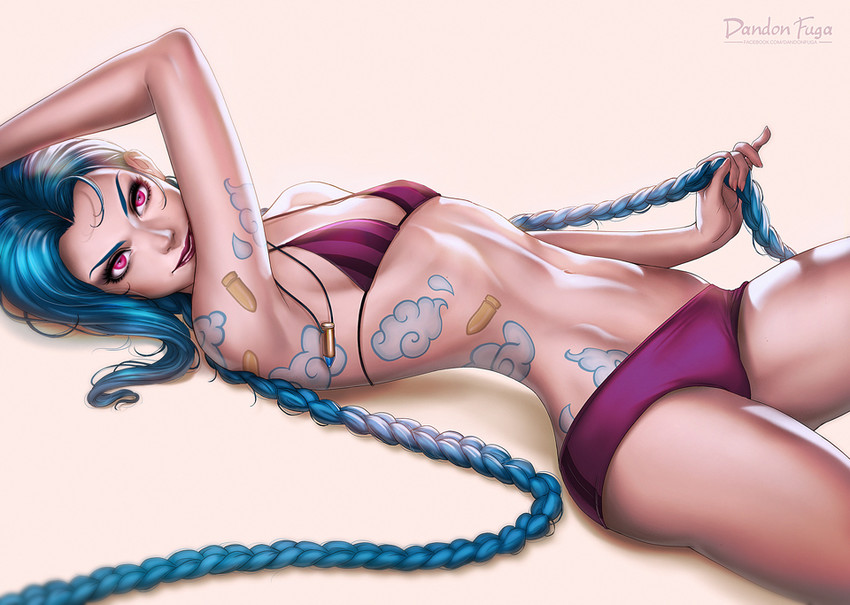 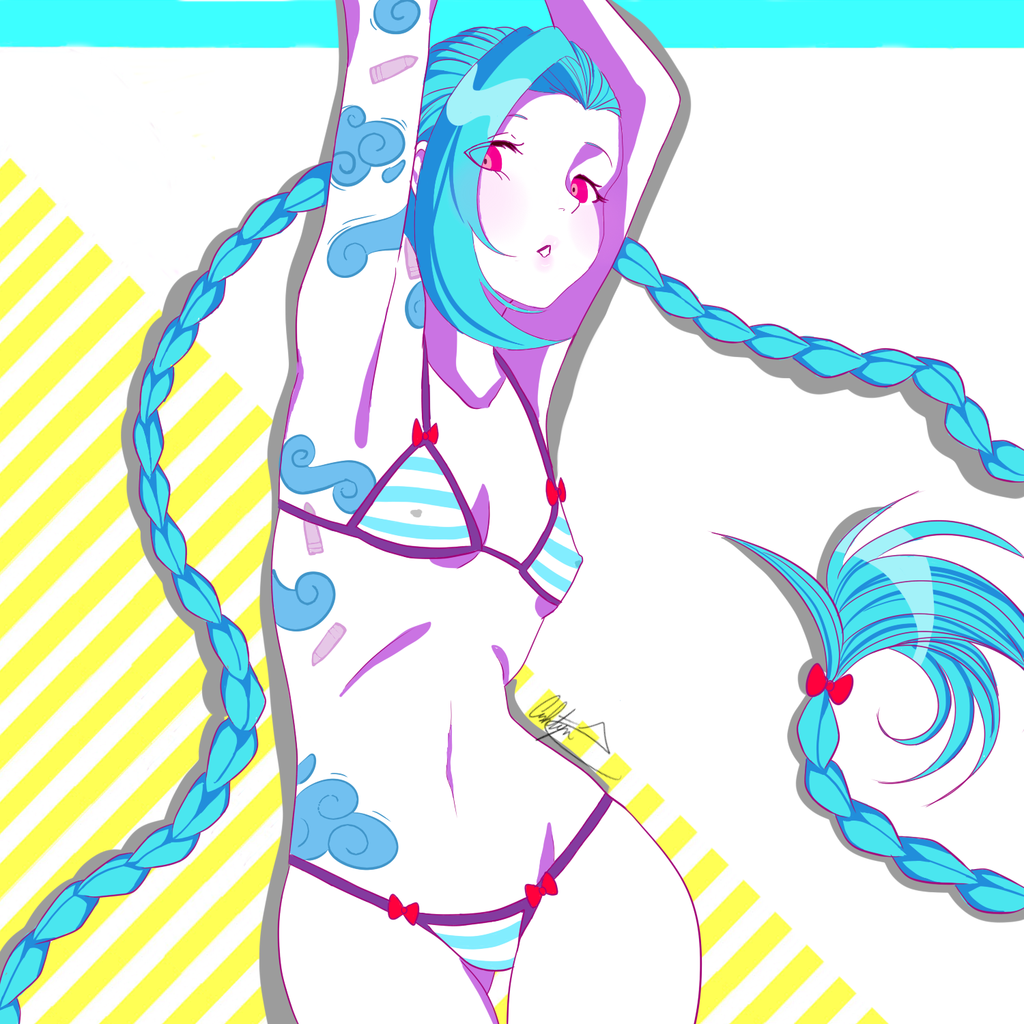 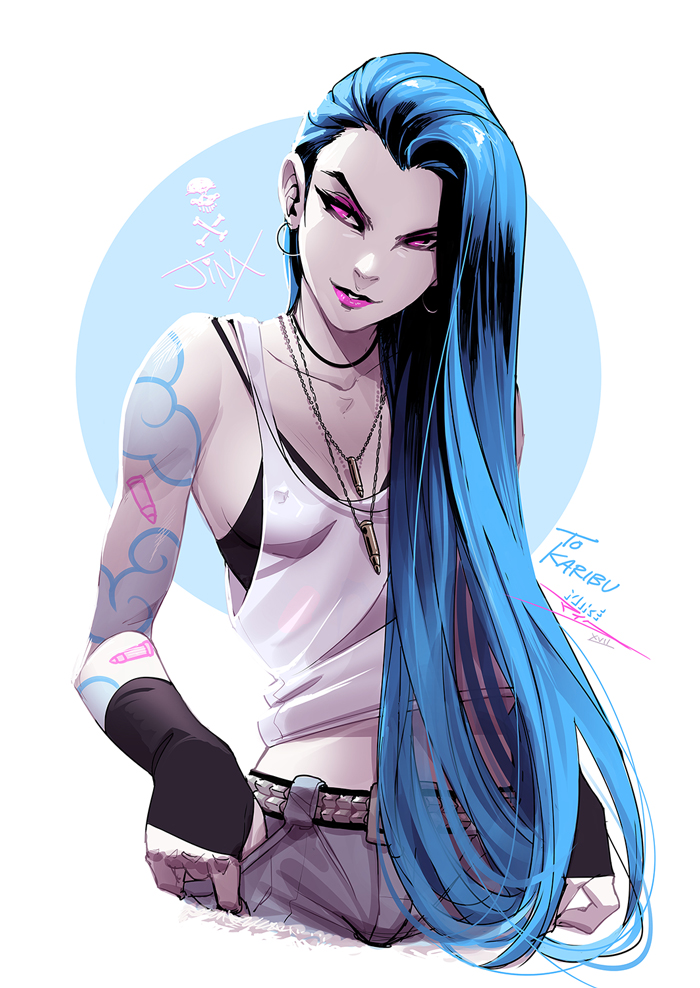 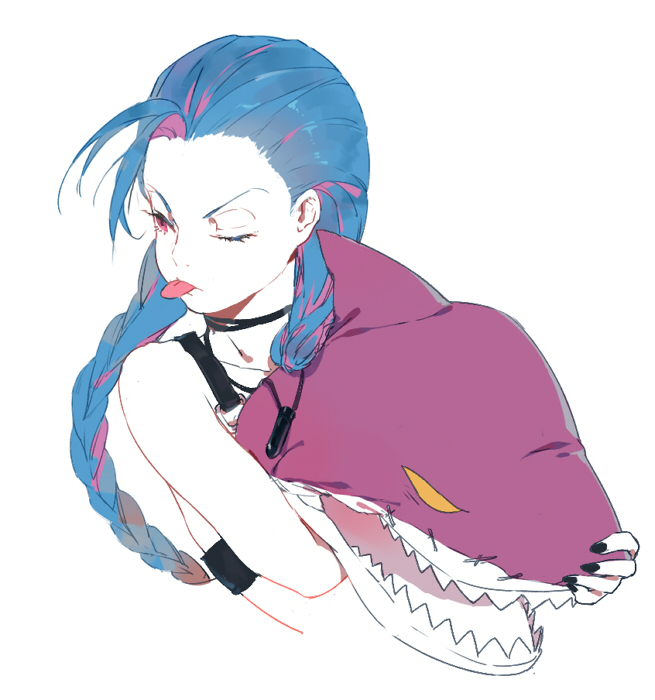 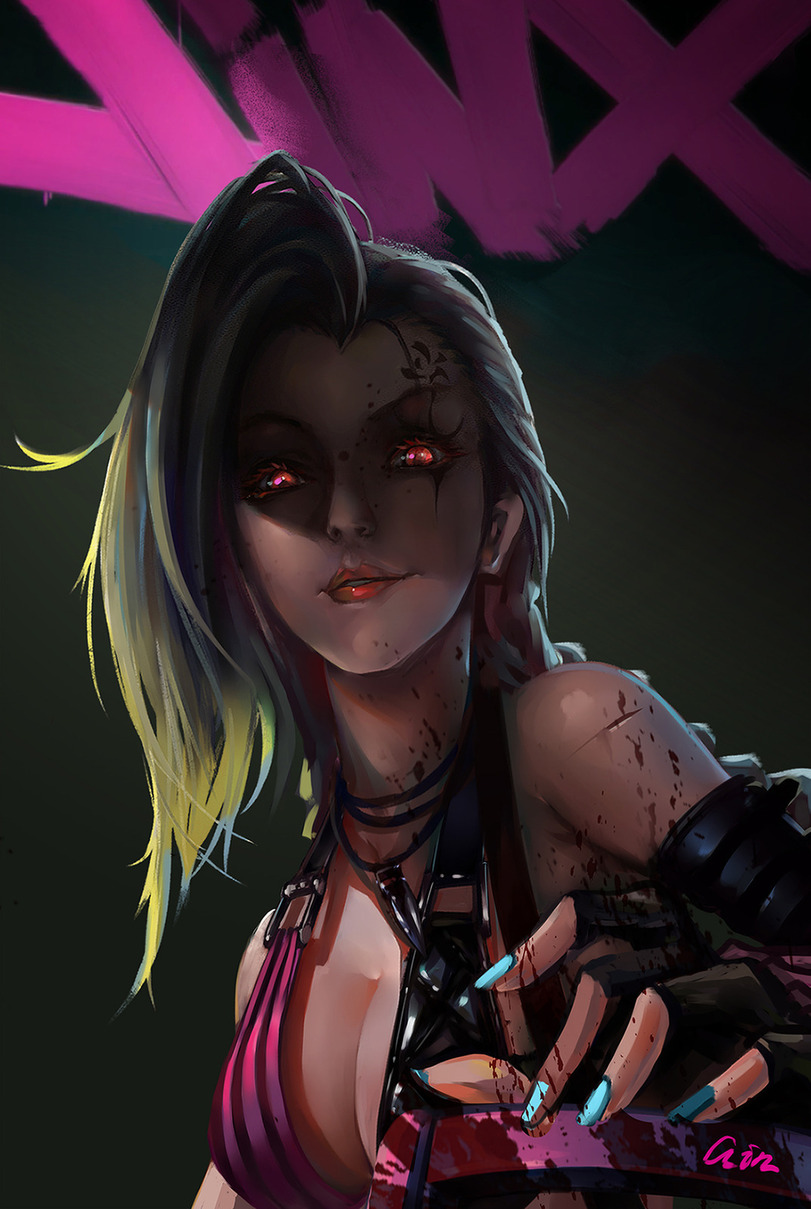 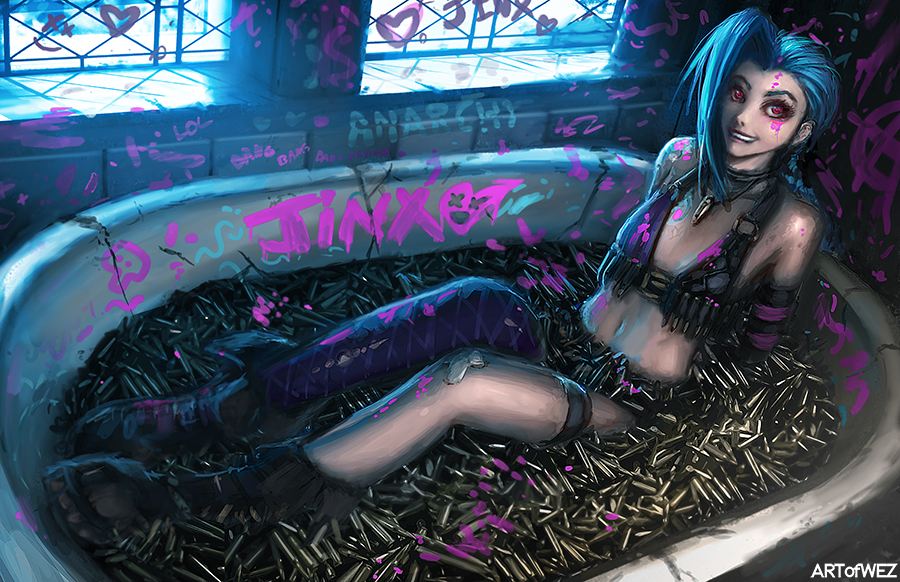 Jessie was born in America to a wealthy New York family, where she was taught the ways of the upper class. But even though she had wealth and power, the young woman hated everything about it. Her family was boring, her house was boring, her so called “friends” were boring, and worst of all…her life was boring. Jessie hated school, she hated the fundraisers that were filled with wealthy hypocrites, and she hated everyone who tried to control her life. So she did the only logical thing, she stole a boat from her parents and sailed away in it. Sadly she wrecked it in like an hour and was forced to hitch hike her way along the country at the age of 14.

For the years that followed, Jessie would follow her dreams and party every night. She was a legend at raves, strip clubs, and the underground fight scene. So without a dollar to her name, Jessie’s life had become great and she was never bored. By the time she turned 18, Jessie was a fighting machine despite her tiny size. Cage fights were her norm, and she never lost one. She was mostly undefeated save for a few matches where she wanted to be dominated. It wasn’t until she caught the sight of a certain clown that Jessie found her greatest challenge. The woman was named Alexia Jackson, and after meeting her, Jess became obsessed with fighting her. The psycho clown was always thrilling and she never gave up easily. Jessie was so obsessed with the woman that she would chase her around all over the country as if it was  country wide game of hide and seek.

This game would go on for years until one day Alexia disappeared completely from her radar. Jess searched and searched but it was like her obsession had just gone poof, which led to a month of moping around and becoming depressed. She just couldn’t get over the clown, it was like she was missing a huge twisted piece of herself. But one fateful day, Jessie would see her obsession in a bar. Alexia was on some kind of a wrestling show which turned the blue haired chick into a giddy fan girl as she screamed in delight. Face pressed right against the TV screen, Jessie was laughing disturbingly as she watched her obsession play around with weaker women. The show was something called AFW and was filmed in Japan. But like all obsessive stalkers, Jessie wouldn’t let distance stop her fun as she got all of her possessions and stowed away on a cargo ship. And after a long trip at sea, she would arrive in Japan.

It had seemed like an eternity, but Jessie was finally going to see her rival once again. And she had a present that Alexia’s face was going to love…which was a fist with her name on it! Jessie was dying to relight the fire between them with an explosion of violence!

Jess was in the United States army before she was discharged for breaking into an armory and firing rockets. (She lasted two hours)

Broke out a several police stations before she even turned 18.

Jessie makes a ton of references to anything she can think of. Films, TV shows, or even History…she’ll quote anything.

While born in the USA, Jess has lived all over the world for the majority of her life traveling from place to place without a passport.

Hates anything permanent because without change life is "suuuuper booorring!”

This hate of permanence is why she never got tattoos.

Refuses to use her last name...or even tell people it...