Babel just likes biting people and will do so until they submit. 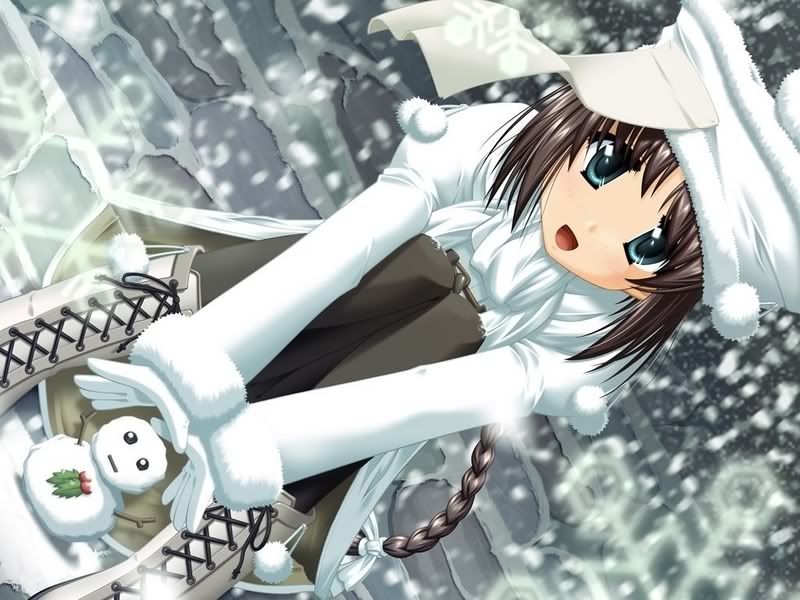 Personality: Babel is a very happy and cheerful girl. In fact, she doesn't really know how to express other emotions, even when she should. She's not an optimist by any means but it's hard for her to do anything but smile. A lot of people think her face is just stuck like that. In truth, Babel is confused and misguided at best and possibly full blown crazy. She has deep fetishes and believes herself to be a vampire. She hates 'humans' and wants to turn them all into vampires. (Though because she is not one herself, this is impossible) She'll deny it to the bitter end, even if undeniable proof is put before her.

Despite this, Babel is a deep masochist and enjoys the sensation of being bitten to the point where it can sexually excite her. Oddly enough she doesn't liek any other kinds of pain, but will suffer through it, if it means she will get bitten. In the rare instances where her fetish is realized, she can change her facial expressions. She is difficult to be around because of her issues but is not unkind all things aside. Often conflicted about what to do when situations become contradictory, she usually does what is right.

Past/History: In Antarctica, where one spends many months without contact from the outside world except for the few people at the research station, the nights can become lonely. For two scientists, one such night held no loneliness and in a moment of passion, Babel was conceived. Nine months later the beautiful little girl was born and though the mother loved her, the father did not want to be burdened with a child. The mother, who felt the same, still did not abandon young Babel but instead tried to keep the child a secret for as long as possible.

This was very hard to do and shortly after the birth, the child was discovered. Her mother managed to keep the child at the research station but once she was clear of not losing her position, she soon came to neglect Babel for research. Though she was given the best education she could be, aside from that, Babel had no friends and only an old copy of Bram Stoker's Dracula to pass the time away.

As she grew older, the isolation began to take it's toll on the young Babel and soon it became a problem for her mother, who by this time barely even spoke to the girl, except when absolutely necessary. One day, in a fit, Babel jumped a scientist and bit their neck, cutting them open to the point where they required emergency care. When she was found, she had a smile on her face and blood dripping down her mouth and chest.

She was sent to mainland France as soon as she was able to and put into an asylum. She did much better there and was released. Though she had no family or friends to call her own, she set out alone. Becoming a drifter, she traveled the lands, doing odd jobs and seeking to find a place. By the time she had reached eighteen, she had ended up in Japan and seeing the AFW on a TV she checked it out a few more times. They had really strange matches every once in a while and with all the fancy costumes and personas, she wondered if there she would be able to find something. The fact that it paid, meant she would be able to stay in one spot. Despite it being something so small, it seemed like a miraculous gift to find the place and so she joined.

Attire: Same as the picture.

Fun facts:
-Babel was born in Antarctica and though most people would think this is really amazing, she has bad memories from there and doesn't like to think about it.

-Babel won't eat anything with garlic in it.

-Babel calls herself the Mistress of La Borde. La Borde is the name of the psychiatric clinic she was in for a while.

Losses:
Vs. Colleen via Submission