Yasha Love, the Demon of Love!

Yasha Love, the Demon of Love!

Justice Bounce: Yasha puts her hands behind her back and leaps forward, driving her breasts forward into her opponent's face to try and tackle them into the ground or at least daze them.

Sidewalk-Smooch: Yasha will kiss her opponent deeply and while they are engrossed in the kiss, lift them up and slam them down onto their backs.

Love-Plex: Yasha comes from behind and grabs both her opponents breasts and performs a belly-to-back suplex.

Justice Jug-Drop: Like the Love-Plex, Yasha will come up from behind her opponent and grab them by the breasts. But she instead will lift them up into the air and slam them hard down on their back.

Justice Love!: Yasha will climb to the top ropes and blow a kiss before leaping off the ropes and smashing her breasts into the opponents face. Then while landing over them, she will pin her opponent, keeping them breast smothered the entire time.

Demon Love!: Yasha will Irish her opponent into a corner and then run at them, slamming them with her ass. She will then crouch and kick their feet out from under them. As they fall, she will catch their head between her thighs, face first into her crotch and squeeze until they pass out or submit.

Demon's Embrace of Love! The Ultimate Dazzling and Beautiful End!: It is a camel clutch but Yasha grabs her opponent's breasts instead of their chin and stimulates them while painfully arching their back until they submit through pain or humiliation. 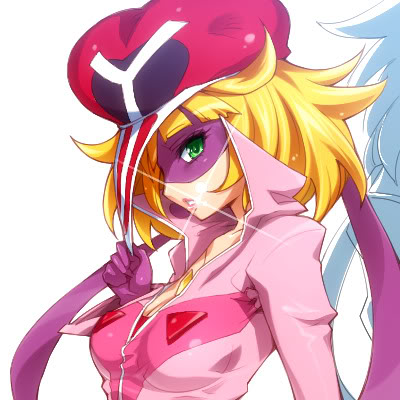 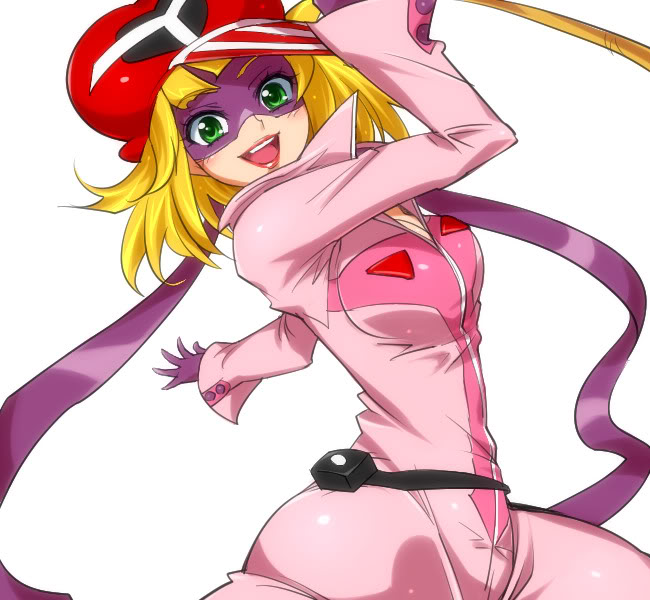 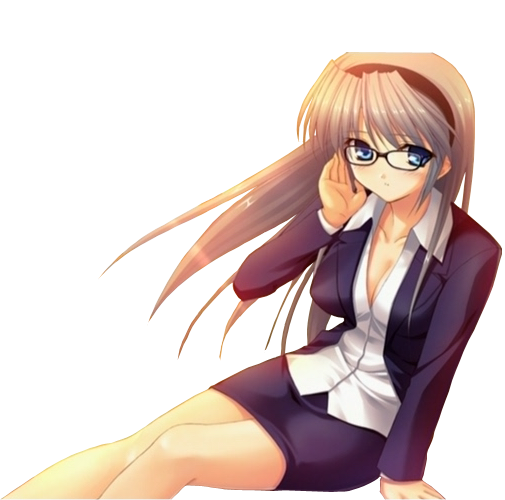 Hilde in business-casual wear as chosen by her sister Lukretia. (Though it is rare to see here hair not in braided pigtails)

Personality:
Yasha: Yasha is flamboyant and superhero-esque in her personality. She tries to be larger than life and fancies herself an ally of Justice. She lives for the thrill and wrestles like it. Though her persona appears to be bigger than she is, she will always help out those who are weak or unable to help themselves and is friendly and caring to be around. Though Yasha can be a little bit of a playful tease on occasions.

Hilde: Hilde is kind to a fault. She is willing to do anything for anyone regardless of how it may affect, or even harm her. She is quiet and soft spoken but is firm in her convictions even if she is often unable to express those convictions. A better friend than Hilde there is not. She tries to please everyone and is a very meticulous person as well. This may sometimes make her seem a bit rigid but she is also a very calming person. She is like an anchor.

Past/History: Yasha is mysterious and little is known about her other than she has come to AFW as an Ally of Love and Justice.

Attire: Same as in the picture.

Fun facts:
-Hilde keeps her identity as Yasha Love a complete secret from everyone. She hasn't even told her friends or her sister and doesn't plan on telling anyone. She even went so far as getting contacts and cutting her hair. To keep up the secret identity she has bought hair extensions so that she still looks like she is wearing her hair in long braided pigtails.

-Hilde's idea for Yasha Love came when she saw one of the Super Sentai shows on Japanese television. She loved the over the top poses and how overly dramatic everything was and decided that she could tailor an outfit and persona that fit her just as well.