Glasgow Kiss: Duff will crouch low to the ground and feint an uppercut punch, instead she slams her head into her opponent's chin. 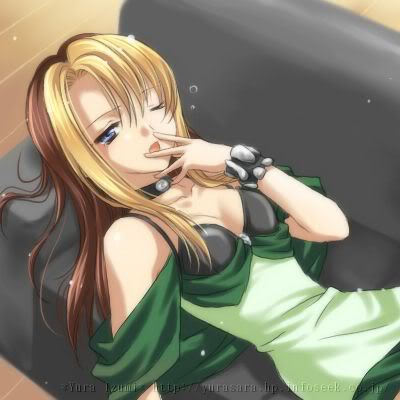 Personality: Duff never met a drink she didn't like and a fight she wasn't in. Though generally a positive person, her two favorite pastimes are getting drunk and fighting, usually in that order. When she is in a shitfaced bar fight, she'll often have the biggest grin on her face, even if she happens to be loosing. Even though she loves to fight, she'll gladly pay for a round afterwards and spend the rest of the night singing and drinking along with those who mere minutes ago she was throwing punches at.

Past/History: The story of Duff's entrance into the AFW is one of legends told around the various pubs in her native Scotland. One morning, after being thrown out of a pub, a friend of hers was helping her back to her house and said to her,
"Well I think you've been thrown out of every pub in Scotland now."
Duff's response was, "Dun na thae hae th' fightin o'er'n Japan? I can souk in wi em if thae hae th' ale.
To which her friend replied. "Of course they have booze, but you don't speak any Japanese."
Duff simply grinned and raised a clenched fist. "I''ll tak the gow thae can run their gobs ta this!"

Fun facts:
-Although her favorite sports are drinking and fighting, Duff is an avid Rugby player and is always up for a good scrum. She think's football is for 'pussies' and often gets into fights with those who would rather watch it than rugby.

-Duffy will fight for the following reasons:
You spilled her beer, the pub television isn't on the channel she wants. she's starting to sober up, she's starting to get drunk, you sat next to her, you looked at her, you said hello to her, you bought her a drink, you didn't buy her a drink, she doesn't like the cut of your jib, she likes the cut of your jib. You told a bad joke, you told a good joke, you insulted her, you complimented her, she picked you out of the crowd randomly, etc.

-Duffy's full name is Duffy Duncan MacBain Jr. She was named after her father who thought she was a boy when she came out of the womb. And even after he was told otherwise declared that "no son of his was going to be a girl!" He also insisted that any son of his was going to be in the MacBain clan or else be disinherited. Duffy's mother and father were never married though they lived together and loved each other. They quarreled often though, usually with disputes coming to blows.

Wins:
Vs. The Hoots ([Cait] and Haruka) via Pinfall w/ Bonnie Gastin
Vs. Leila Lockhart via Knockout (Friction)
Vs. Clyde Gaston via Submission (Sex Wars)