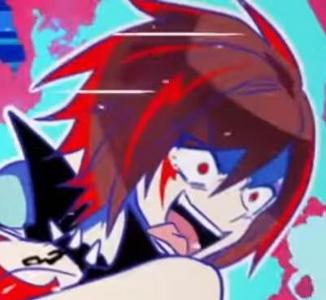 Strategy: The simple goal for Elektra is to knock her foe down to the floor and rain blows down onto their form! A competent fighter, once she gets her foe on the floor, she’ll keep swinging away until their defense cracks and she can
Style: Fist fighting Grappler

Spoiler:
Elektra can take a good few strikes herself, being a rougher type by nature. Weaker strikes leave her smiling and egging her foe on for more

Spoiler:
It takes power to take foes down to the floor, and that’s something Elektra’s got. Whether its throwing a punch or picking up an opponent, Elektra has got power to spare!

Spoiler:
About average speed, Elektra can pick up great speed in short bursts to tackle her foes to the ground! However, she cannot maintain speed for long periods of time, making her style more methodical in nature.

Spoiler:
Elektra is not stupid She can block oncoming attacks fairly well, but tends to get focused on her offensive abilities rather than defensive qualities.

Spoiler:
While Elektra is great at throwing a punch or throwing a body around, if a move is too complicated, she won’t touch it. She would rather choke someone out then try and force them to submit!

Finishing moves:
Lariat Punch!- After sending her foe off the ropes, Elektra will charge them and fire off a blow with all the strength she can muster, looking to use her foe’s own momentum against them and knock them out clean!

Appearance:
A young, streetwise looking girl, Elektra has the rare set of features that can make her look absolutely beautiful or terribly terrifying with the right application. Sadly, she tends to lean more towards the latter, spiking her hair and streaking it with red streaks, giving off a more punk-ish appearance. Despite her bad attitude and scary looks, she still seems to attract a certain audience type, which she seems completely oblivious to.

Personality:
Rowdy, rough, and energetic seem to be the top three qualities many take away from Elektra. With crude being a very close runner up for number three. Elektra can be a bit too strong for many people, usually acting out in very immature ways, like kicking tables or raising her voice. Despite her blunt nature, Elektra can be kind to others, especially those she considers a friend. She might moan and complain the whole way, but if an ally is in trouble, she will be the first to get her hands dirty helping them out.

Past/History:
Elektra was born and raised in a fairly normal situation. Her parents were caring, if a bit strict, and she may have had a bit more responsibility than most children her age, but otherwise she lived an average life. School was no big deal, she made plenty of friends with little trouble, and was actually a part of a few different sports clubs growing up. Few people would ever even come close to guessing how she would truly turn out as she developed and matured…or rather, immatured.

It all began when one of her friends invited her along to a punk rock concert, an event and genre of music Elektra was totally alienated from. Her parents never restricted her in such things, it was simply something she had missed out on by coincidence. Deciding to finally try it, she gladly went with her friends to said concert. What happened next changed her perspective forever. The sheer excitement! The music the costumes! All of it totally overwhelmed her as she experienced it all for the first time. The excitement of the crowd and the power of the punk rock vocals brought Elektra an adrenaline rush she never knew she wanted! The sheer power rocked her to her core, and changed her from the inside out.

The next day, she began streaking her hair, adjusting her wardrobe, and picking up bad habits. The once primp and pretty Elektra had turned into a cool, roughed up punk! She began to embody punk rock songs, becoming rougher and louder than before, standing against authority and breaking any rules she could. It wasn’t long until she began to hang out with an entirely different crowd. Soon, she became a part of her school’s delinquents, where she met a girl named Maxene. The woman came from a prestigious family, one of power and influence, and yet here she was, sitting with the delinquents as care free as they all were. She didn’t judge them on their status, didn’t dismiss them because of their clothes, she simply enjoyed their company. Particularly Elektra’s. It wouldn’t be long before the two struck up a friendship that was unlike any Elektra had before. They could help each other without question, be there when the other was lonely, fight with each other but not mean a thing! The experiences that they had went through made it so they were near shadows of the other. Soon the two of them would go into high school, but after a few years, Maxene was forced to leave Elektra, as her parents would essentially throw her into a prison school, one which was made to change children into what their parents desired and did so in the name of education. It wouldn’t be long before Elektra herself dropped out of high school and began to take a much more cruel education of the real world.

Naturally, her parents were shocked at just how rapidly their daughter had changed from the apple of their eye to a delinquent. They had no explanation, and Elektra was gone so often she couldn’t explain it herself. She had fallen in love with being bad, and everything that came with it. With her sour attitude came fights. With fights came bruises and scars, and with scars came experience.

Using what money she had from working odd jobs, she began to learn how best to protect herself. No one ever sang about how they lost a fight, and she was not about to start such a trend. Soon, she was taking boxing lessons from a retired pro, learning from his class and getting the chance to spar with actual people. It wasn’t long until she took her skills to the streets, and began to learn a darker path to boxing.

She soon caught the attention of some powerful people. A few months in, and she was hired on as a personal employee of sorts. Basically, if someone needed to be persuaded to do something, she showed up with a group to help get the point across. The dark jump from being a delinquent to a straight up thug didn’t dissuade her…in fact, it simply gave her even more of a thrill!

She did a few well-paying jobs here and there…then one day, her boss called her up…apparently, he was joining some sort of wrestling gig. After digging through his employees, he had found she was one that had both combat training and sports, and wanted her to come along. While at first she was hesitant to join such a strange job, it was revealed to her that Maxene would be her partner. Afterwards, she simply couldn’t resist the temptation with joining up with her bestie!

Now the two of them are working together to paint the town red! With her best friend by her side and a penchant for getting her blood pumping, Elektra has every intent and rocking the house down to its foundation while pounding a nasty beat into her opponents’ skulls!

See you in the Ring, Slut!

Better get ready to fight!: 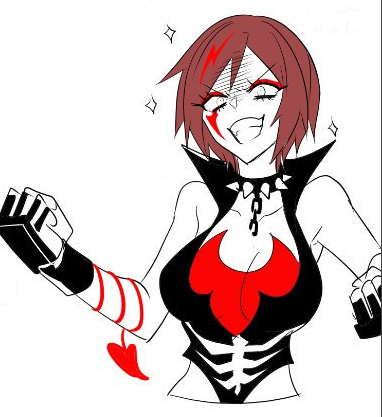 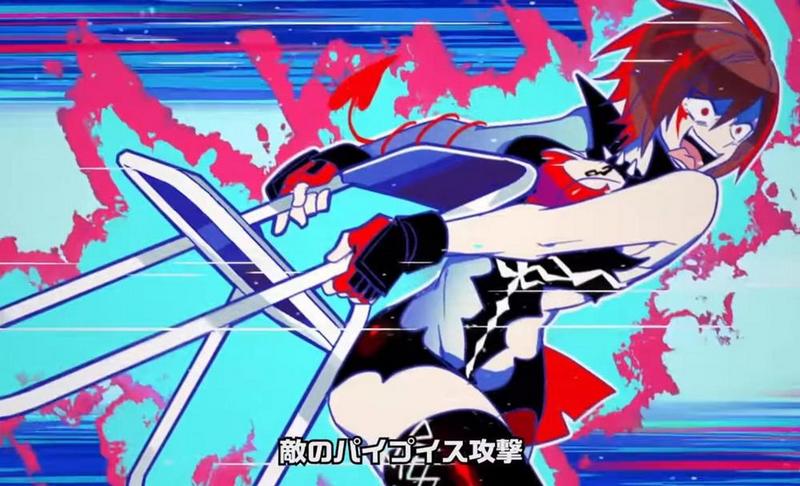 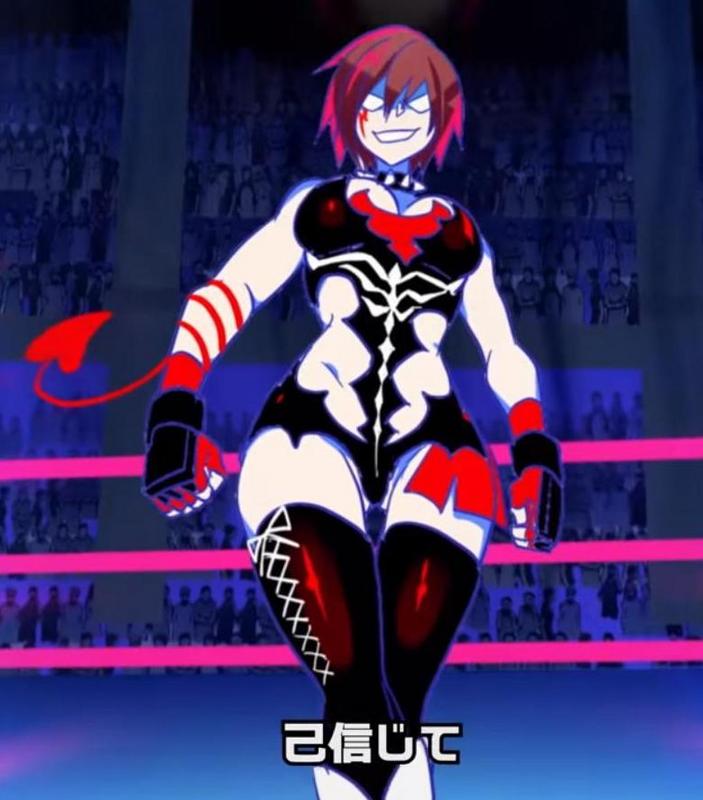 Fun Facts:
Can’t believe it’s not butter- Elektra hates Almond butter with a passion, as well as other healthy substitutes for spreads.

Board Game Shark- She is weirdly good at board games. It doesn’t matter if she only just picked it up, She will usually win with little difficulty.

Opposites Attract- Likes sweet and salty foods the most. Tends to eat gummier candy as a result.