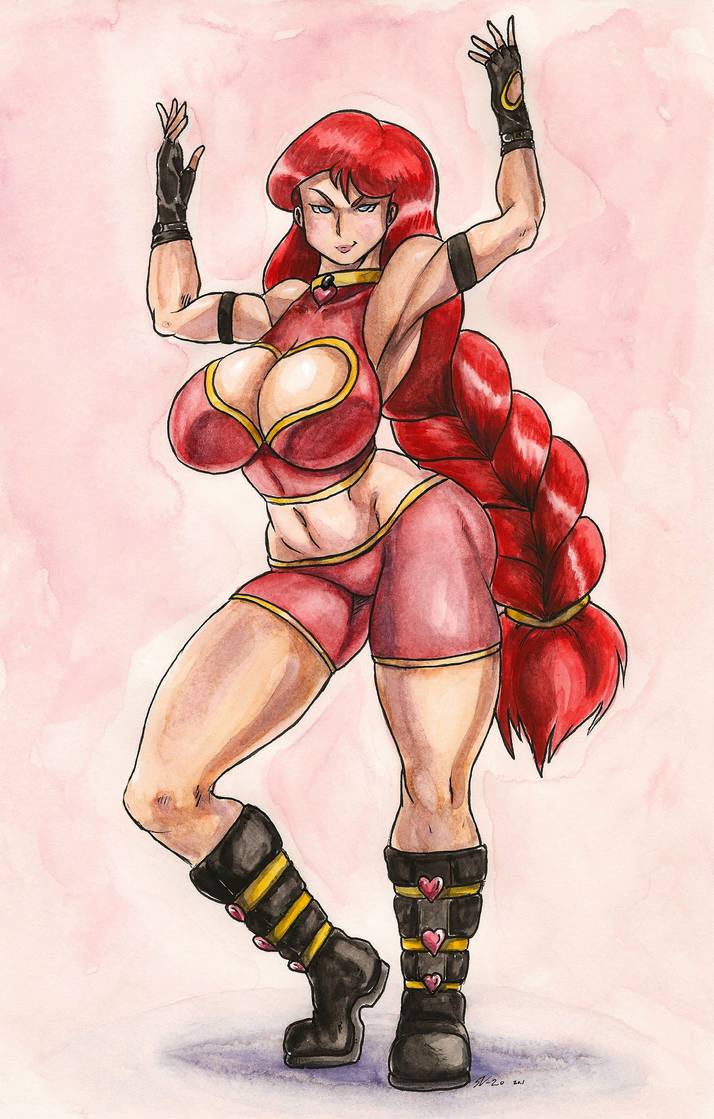 Bio
Mira Carmen Rotha Mina Sommers was born on August 18, 1990 and raised in Köln, Germany to upper class family. Her father was a prestigous suregon.  She is the second oldest of eight children, having an oldest sister by the name of Eileen Sommers. Mira loves and haves a good relationship with her siblings as her parents....but sadly her couldn't say the same things for her older sister, Eileen. As while yes she does loves her parents and on good terms with them but kinda distant of them as understandably having eight kids does means that her parents had to something focus their full attention on her younger siblings while leaving none for her or her older sister and Mira did understand that but still this caused a sort of a drift between her and her parents as she couldn't always trust them to be there for her. But this is also caused Eileen to be distracted from everybody in their family as Mira would often see her older sister moping around their father with books and actively avoided her, their younger sibling and parents unless absolute necessary to communicate with them.

Mira was sadly that she couldn't have a good relationship with her older sister but doesn't mean she couldn't have a good one with her younger siblings as she would play, help, and take care of them! And things while not perfect were great for Mira in the Sommers house and she was very confident that she was going to get Eileen come around so that the Sommers one big happy family!.....or at least that was Mira hoped but sadly, it didn't to fruition as Eileen kicked out of the Sommers home by their father. Mira don't exact detail of it by apparently Eileen was having the help doing things that wasn't require from them and one of them told her father about this (That how he found out the whole situations and even caught Eileen in the act.) and threaten to sue! But luckily, her father was able to settle it out of the court by giving that help and the others large sum of money. Mira was deeply saddended by her older sister departure from their home and that she couldn't do more her older sister.

Even though Eileen was no longer here, Mira still her other siblings to look out for and take care of which she did. But a couples of months later an old family friend who also a wrestling promoter told the Sommers family what became of Eileen as she began to manages a wrestler at his wrestling promotion. Mira was a bit shocked that Eileen would anything to do with wrestling as she didn't believe that Eileen was of it. But soon hearing this, Mira would come to watch the family friend wrestling promotions with her younger siblings as a way to see Eileen and how was she doing as every time she tried calling her to no ones surprises Eileen didn't every answered or called play. But despite she was being kinda surprised that was Eileen went to the wrestling businesses the fact she was a manager didn't as Eileen did always like to make others to do what she said....but Mira was completely blew away when Eileen became a wrestler! As she didn't think that Eileen was much a fighter like herself but how wrong she was proved as Eileen was an amazing and talent wrestler and rarely seen her lose! For ten years whenever Mira had the chance watched Eileen matches as Eileen went from promotion to promotion.

While being happy for her older sister, Mira still wanted to see in her person again and have a good relationship with her. But no matter how hard she tried contacting Eileen she just couldn't it and even if she does how exactly would she got a good terms with Eileen as she already tried that. But Mira began to think if she could just Eileen that they have so big things in common to bond over prefer maybe she will get her wish! But what exactly would she show Eileen?.....But soon it dawned on her as she realized that she and Eileen do have something that might fixes their sister relationship and it was pro wrestling! Watching wrestling for ten years, even if it just to watch Eileen at first, Mira eventually became a fan of the sport and some thought about it would be like if she became pro wrestler so prefer both she and Eileen love (At least that what Mira thinks) for wrestling might be able to get them closer part to each other. So Mira contacted the wrestling promoter/family friend that she wants to become a pro wrestler like her sister! The family friend was more than help her with that as Eileen brought him some big money when she was here so he thought maybe could do as well. Mira's parents very against it the idea as they didn't even want Eileen to do it as they see it as being too dangerous for her daughter, but seeing how Mira was a grown woman there was nothing that they could do to stop her so Mira began her wrestling training with the family friend gym.

Training for two years Mira finally ready for her first match as she went against a low mid card male wrestler where she won by smothering with her big breasts. Mira would have twelve matches in 2019, winning nine but losing three. Still enough to eyes on her especially since she was the younger of the Queen of Sommers, Eileen Sommers. Many of the same promotion that Eileen competed in contract Mira as they want her to wrestle in their promotion. Which Mira happily accepted. Seeing this was her Quest to have a better relationship with her older sister begins! And it won't hurt to winning some titles as well!

Personality
Mira is a sweet and kindhearted woman. As she likes to hang or help out her friends and family. But though Mira does wish to work with her relationship with her parents and Eileen as she does understand her parents struggles of raising eight children, still wanted too them to be there for her more. And despite loving Eileen with all her heart she hated when people compared her to Eileen as they were complete oppose from one and another....and prefer maybe that's why they don't the best sister relationship because they are so different but Mira hopes that though wrestling that she could Eileen that despite their differences that they do have some things in common and build their sister relationship over it. When training to be a wrestler Mira came to discover that she likes smothering people underneath her large breasts or big ass as their muffles underneath her assets always made the busty redhead feel good, thus making Mira a very sexual active person.

Wrestling Info
Wrestling Strategy-Mira use her sex appeal to distract or seduce into lower their guards then attack with mostly smothers or kisses and wears off them with the lack of oxygen their getting until they passes out or tap out.

Preferred Match: Anything lewd. (Won't do any hardcore matches.)

Stats-
Endurance: 2/5: Couldn't too many attacks.
Strength: 2/5: Can allow lift up girls smaller and lighter than her.
Speed: 2/5: She can be pretty slow at moment do to her large breasts slowing her down.
Defense: 5/5: At very good protecting herself.
Technique: 5/5: It came naturally to her.
Strikes: 3/5: Allow could really hurt smaller opponents.
Submission: 5/5: Her main offense but it usually is smother attacks.
Aerial Moves: 1/5: Her giant busts makes it hard to jump in the air.
Counters: 5/5: Use her big ol' breasts in order to distract her opponent if they have submission hold on her or is about attack her before launching a counter attack.

Fun facts
1.Was studying at the medical school so she could be a great surgeon like her father but became a wrestler so knows a great deal about the human body which her helps to target specific body parts in the match.
2.Feels that Eileen is a jealous of the fact that her breasts are bigger than hers.
3.Favorite food is chocolate.
4.Have several pets (Horse, Rabbit, Dog, Cat, and a turtle.)
5.Dreams about a tag team her with Eileen.