» Bashira Matsumoto vs. Masuyo Ai - Food Wars
by Berial Today at 2:49 am

» Gaining Momentum - Round 2 - 'Bouncing' Betty Buchanan vs. Margaux Lefeuvre
by Berial Today at 2:47 am

» Carlos Calderón (D) vs Himari Saito - Coaching The Tiny Doll?
by WrestleMind Today at 2:21 am

» Leana Vs Ryu: The Dragons Desperate Escape
by WrestleMind Today at 1:37 am

Style: Cristina gets quite a bit of satisfaction in tearing apart her opponent as much as she can. She will use the most brutal moves in her arsenal that she can come up with, trying to put her opponent through as much suffering as she possibly can.

Strategy: Cristina has quite the method to her madness. She loves to toy with her opponents at first, convincing them she is something she isn't. Most times, trying to play herself off as an innocent girl, or even as the competitive type, before her true colors show and she lays down as much pain and suffering as she can on her opponent.

- Lithium: Cristina will deliver a vicious knee to her opponents gut, twisting her knee a bit to drive in the pain before she would lift them upside down into a piledriver position. From here she would step back and climb herself up to the second rope, driving their head down onto the mat with a vicious piledriver. She likes to do this move onto a placed weapon in the ring. 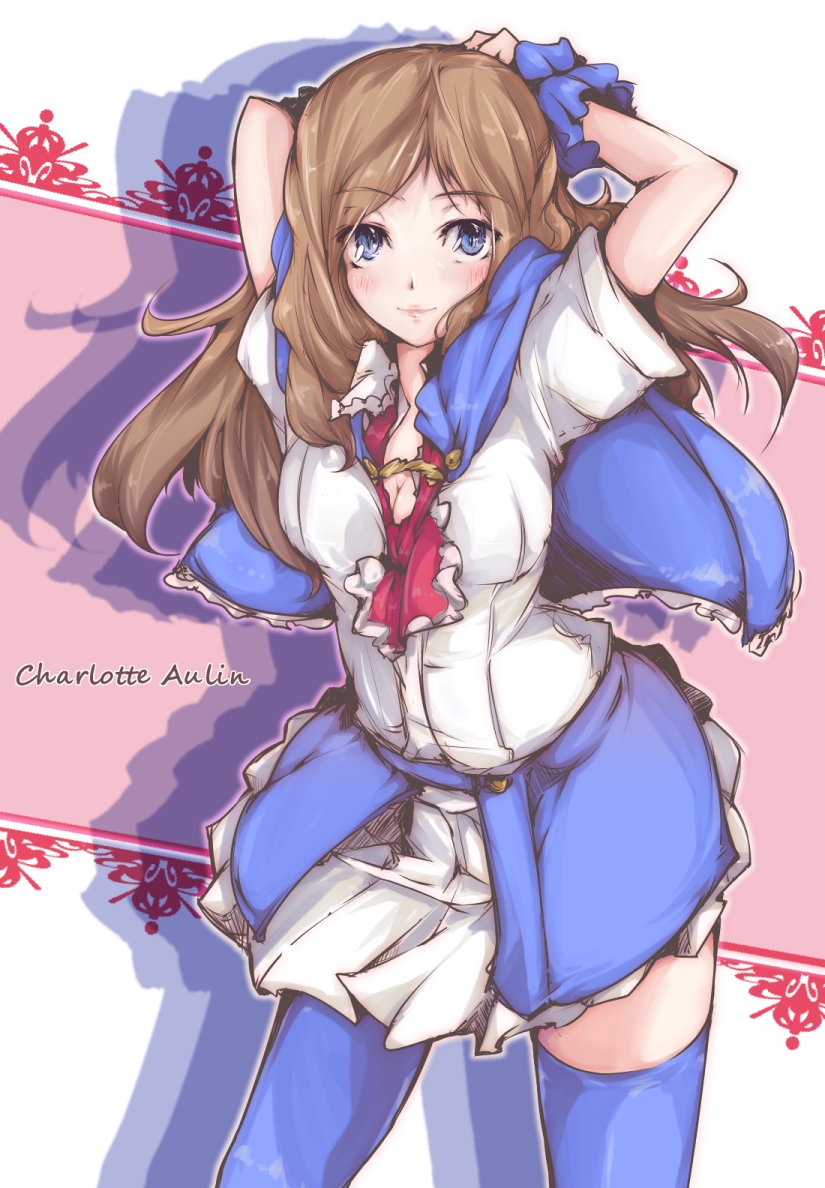 Personality:When it comes to outside the ring, Cristina likes to take charge quite a bit. If one were to befriend her, they would find her to be quite a wild person, which was one of the big reasons why the band that she fronted became so successful. She can be quite fun with how fiesty she is and she can tend to be quite flirty with people that she knows personally.

However, when it comes down to getting her thrills, even the people closest to her can get quite a bit scared of the way she gets. As it is shown in the ring, Cristina has quite a twisted sense of pleasure, which was developed after a heated situation that she got into with the record company that she was a part of.
When it comes down to it, Cristina can be quite a normal girl if she isn't seeking out that pleasure that she has been finding in her recent years. She's quite an easy person to have fun around, and you know when you're around her you're in for a crazy time, just don't get her mad, she loves that.


History: Cristina, since she was 16, was fronting a gothic metal band that topped the charts in America. Her parents were the type to just stand by and watch as Cristina got together with a few friends and came up with the idea. Once their  band got going after a couple years, their crowds were almost always sold out in every venue they went to. Everybody wanted to come see Cristina and her usual antics that she put on. Their shows involved a great deal of heavy lighting and pyrotechnics as well as an almost theatrical show with phantasy themes dealing with dark subjects.

Cristina saw this as her only calling in life, basking in the music that she and her band created, that is until she was involved in a scandal with the record company. When she was 18 Their manager decided he wanted a bigger cut of their pay. He contacted the record company, claiming to go worldwide with an alleged sexual relationship he was having with Cristina. The man went into quite graphic details, leaving Cristina with not much room to defend her case, in all honesty not being involved with the man at all.

Cristina confronted their manager, being given quite a few blackmailing options that she could take. After being preached at by the man for something she didn't do for quite a while, Cristina couldn't hold herself back. She would lash out at the man, lunging at him and taking him down, beating him senseless on the ground as she did. She was able to force him to take back his allegations, allowing herself and her band to continue.

However, Cristina felt quite the odd sensation as she was beating the helpless man. She liked it. She liked it a bit too much. The feeling and thoughts of it plagued her for a good year until she split with the band, claiming she had to search for herself. She would enroll herself in a fight club, taking pleasure in beating up everyone to come in her way, finding more and more how much she enjoyed it. She wanted to take it a bit further. Beating up men and women with just her fists was getting boring to her, and when she heard of a local underground wrestling circut, she signed herself up right away. She was regarded as one of the most brutal wrestlers to step into that ring, most of her opponents falling for her nearly cutesy look, which she caught onto and took a great deal of advantage of.

Needless to say, Cristina loved every minute of her time competing in wrestling matches, and when she found out how big such a thing had gotten in Japan, she used up the funds she'd developed over the years with her band and took the next flight she could over, seeking immediately to somehow get herself signed with AFW to continue doing what she loved, almost like an insatiable addiction.