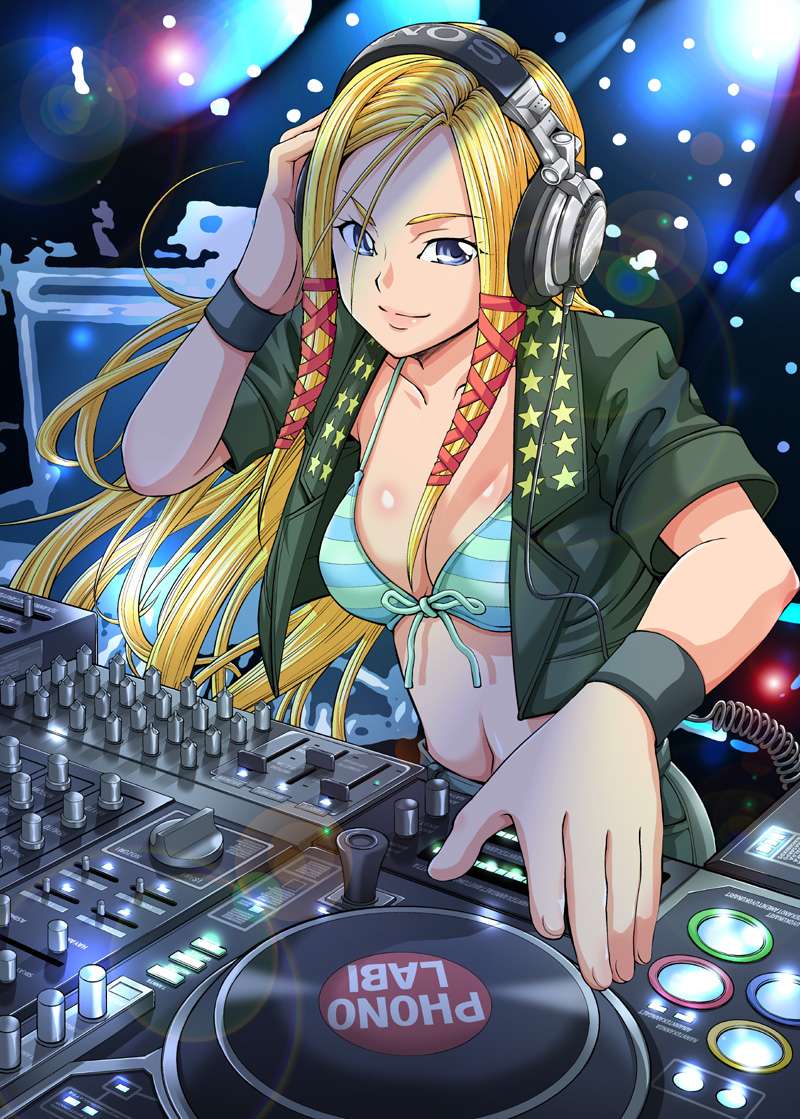 Signatures: “Let the beat drop” Brittany grabs her opponent’s legs and quickly lifts them off and ground and forces them back down for a spine buster.

“Headphones” When her opponent is in a seated position, Brittany sits on their shoulders and squeezes their head with her thighs. She locks the move by locking her feet behind their back and holding their arms out.

Finishers: “Pin drop uppercut” Brittany will dance around the ring to taunt her opponent and when they attack she will drop down and perform a pin drop and rise back up quickly with an uppercut.

“Splitting Headache” Brittany will place the top of her head against her opponent’s face or under their chin, and before dropping down she places her feet on the insides of their and forces them to do the splits with her.

“Playback” Not really a finisher, but Brittany uses her opponent’s finisher against themselves.

Personality: Brittany loves to party and have fun. She also has a very serious side and a sense to protect others over her. Honor and respect are two things she values most when it comes to new relationships. Brittany doesn’t let things like cheating and betrayals go and will do what she can to settle things. When she is angry or in a serious mood Brittany doesn’t dance or party in the ring.

Past: Brittany grew up in a military family and she trained with her father’s troops as a child. She joined the military after high school, but left after her father received a serious injury from his jeep running over a landmine as his troops were retreating from an ambush. He recovered and begged for Brittany to leave the military before something like this happened to her. She eventually agreed and he told her to do something else that she loved and that’s how she turned to making music. Now she works as a dj at a night club.