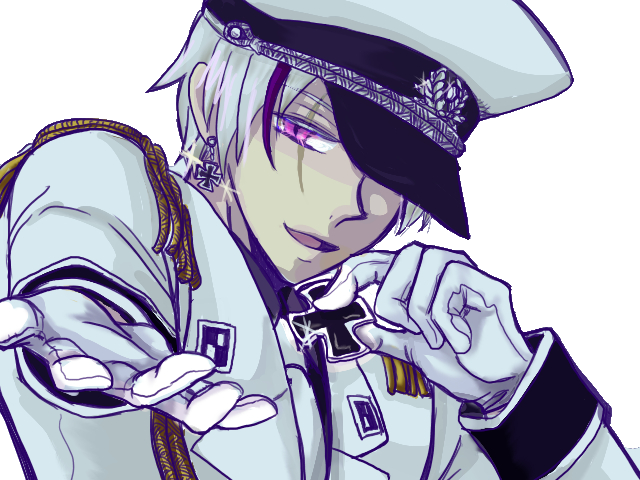 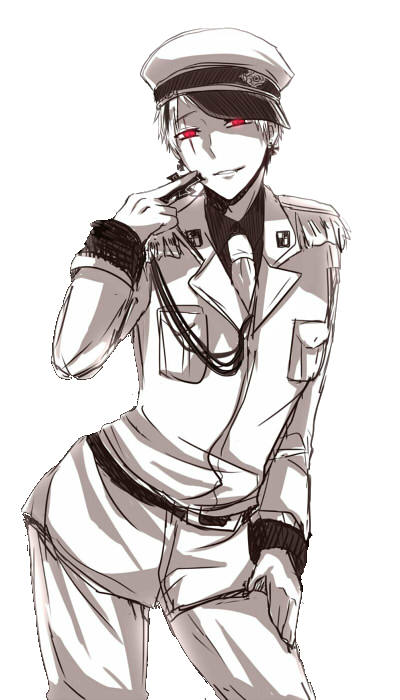 Let's Put On A Show Together: 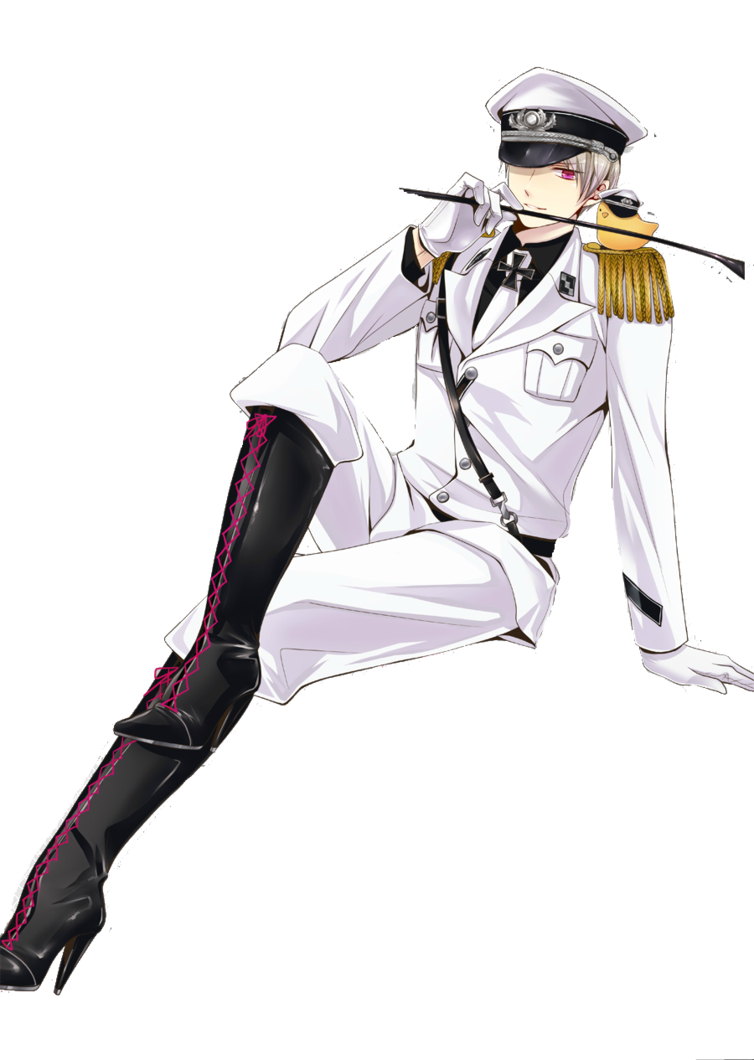 Wrestling attire: Picture three, with the upper parts of his clothing removed save the gloves and hat. The riding crop will be attached to his hip via a belt.

Style: Flexible and flirtatious in nature, he likes to mesmerise his opponents with a variety of holds and sensual moves.

Preferred Matches: Humiliation, anything that lets him toy with his opponent for his endless amusement.

Devil's Embrace – With his foe lying down on the ground, Jeanne ensnares his thighs around their neck and squeezes tightly, moving his body into a series of provocative and sensual positions as if he's in a photo shoot for the cameras while keeping his opponent to trap to pose with him.

Midnight Punishment: Bringing his opponent down to their knees, Jeanne stomps his heel onto their head and pins them down. The riding crop he wields rises over his head before he starts a vicious whipping session on the foe's back, which he will expose. Jeanne finishes by removing his boot from his foe's head, only to kick them directly in the chin.

Dance of the Devil: With his foe lying down on the ground, Jeanne uses his magic to create a transparent glistening purple pole over the opponent. He grabs hold and dances sensually around it, finishing his performance by slamming his rear end down on the opponent's face with a mischievous giggle for a pin attempt.

Midnight Pleasure: Jeanne brings his opponent down to their knees, shifting one leg behind their back while locking his hand over both of their wrists and holding them behind their head. With the opponent captive, Jeanne leans down and begins a deep sensual kiss, giving the foe a taste of pleasure. Then, without warning, he places his free hand on their neck and slams their back down over his knee, causing immense damage to finish the opponent off.

History: Jeanne was the result of a one night stand between a male human and a demon mother, his mother masquerading as a sister of the church. In reality, she was a member of a secretive and sinister cult with links to the demon world of Makai, who observe the activity in the human world and other realms while looking out for their own interests. With human blood mixed into his own, Jeanne was shunned by the other members of the cult, yet his mother devoted endless love and affection to him. She was even a skilled fighter who trained her son in ways to use his demonic powers to enthral and intimidate others.

When he turned 18, Jeanne chose to leave the cult in order to explore the outside world and live among the outside population. But his mannerisms and behaviours were uncommon to humankind, and so he found himself drifting endlessly, following the path that the wind took him. He did however always relish a good challenge, and had picked up his mother's sensual nature for scouring pets during the night, or even just away from prying eyes. Humiliating others had a way of sending chills down his spine. One night, he witnessed a wrestling match out of boredom, a one-sided affair between a heel and a jobber. The domination displayed stirred a thirst in his soul, to take centre stage in the ring and break down foes pitted against him. So he searched for leagues he felt were worthy of his attention, before finally settling on AFW.

Personality: Flirtatious free-spirited and flamboyant, Jeanne sports an incredible ego who believes the spotlight should constantly be shining down upon him. Anyone who isn't him is simply a toy for him to play with in his eyes. He's very proud of his appearance and isn't afraid to flaunt it, bearing no shame whatsoever. Jeanne is also very mischievous and enjoys using the magic granted by his demon blood to prank and tease his foes...but many times he'll also just do this through his mere words and actions. Jeanne does have insecurities of being lonely due to his clan shunning him and his demon blood isolating him from humans, but he hides this deep within him. Finally, he can be quite spoilt as he's used to getting what he wants, and will become furious if he  doesn't get it.

Dislikes:
-Following rules
-Being alone
-Stubborn people
-Not being the centre of attention
-Cockroaches

RP Hooks:
-Is your character a jobber? Jeanne might get a good thrill and moan out of them for you~ Furthermore, does your character hold a huge ego? Jeanne enjoys the clash of such types and seeing who breaks down in the resulting match. And can your character potentially reveal his lonely, insecure side during a match? Such a fight might incur Jeanne's wrath, but also get him to open up more...

Trivia:
-He adores his riding crop which he received as an 18th birthday present from his mother. He names it Django, and even if the rules state otherwise, it will always show up in his hands in matches.
-The scar over his eye was the result of one particular fight against another individual on the streets. Jeanne was so incensed (you do NOT harm his face) that he reduced the assailant to a quivering, broken mess who hasn't been the same since.
-When travelling from place to place, Jeanne supports himself by being a pole dancer in clubs. Not only does he greatly enjoy it, he's very popular and well compensated by the crowds too.
-Despite seeming svelte in his physique, under his clothing he's more muscular than one might think. He puts this down to his pole dancing exercises.
-He's VERY particular about fashion and clothing. He believes fighting and looking one's best go hand in hand, after all.
-He identifies as bisexual. Anything that moves, really.