With over a decade of wrestling experience, Maiden has picked up a rather impressive library of moves to select from. Over the years, she’s settled into a ‘no-frills’ sort of style, valuing submission holds, strikes, and grapples that, while they don’t do much to get the crowd on her side, are effective. She’s quite efficient in the ring, and prides herself in wasting as little time as necessary.

Tends to wear her opponent down with strikes - particulary, she’s partlal to chops and palm strikes that stun the enemy and leave them open to her DDT variations, or suplexes for the lighter opponents. Once on the ground, she likes to work with submission moves or go for pins when available

Endurance:★★★ - Reasonably durable for her size..
Strength:★★★- Strong for her size.
Speed:★★★★ - Very quick on her feet, able to maneuver the ring with ease.
Defense:★★ - Tends to work better when pressing advantages and working offense.
Technique: ★★★★ - Has picked up an impressive, if basic, skillset from her wrestling career.

Strikes: ★★★★ - A center of her strategy. Prefers chops and knees.
Submissions: ★★★★ - Her other staple. Excels at turning moves into submissions..
Powerhouse:★★ - She can do some suplexes and grapples, but prefers to save them for the rare opponent she’s bigger than..
Aerial: ★- Has no desire to go up top.
Counters: ★★★ - Not her best area, but can surprise you every now and then.

A spinning backfist. Maiden turns around at high speed and gives her enemy this incredibly stiff shot. Always stun, rarely misses, and gets a knockout on rare occasions.

A codebreaker - when her opponent is just starting to turn around to face her, Maiden rushes at them, jumps up wraps her hands around the back of her neck and presses her knees against the opponent’s chest, then falls back and lets gravity do the rest.

A package piledriver. WIth her opponent bent over, Maiden shoves their head between her thighs. She then reached down and hugs the victim, pulling her arms together at her sides. From there she lifts up, grabs the back of her opponent’s knees, then drops straight onto the canvas, driving her opponent’s head into the mat.

An STF - The victim is on her stomach on the mat and Maiden stands behind her. Stepping between her legs, she isolates one of them and bends it at the knee, then locks it with her legs by lying sideways on her opponent’s lower back. Maiden then reaches over and clutches the chin of her victim, pulling back on it. The victim’s body is both bent upwards and sideways at the same time.

Maiden is a submissive, but not in the way most people think when they heard that term. She doesn’t enjoy being beat up and she doesn’t have some kinky need to be strapped on a table. She’s submissive in the sense that she likes serving people and being their tool - she finds it an easy, pleasing experience, as she does what she’s asked without question or pause. Maiden is at her happiest when she’s working and doing as she’s told, whether it be something as simple as cleaning a shelf or as brutal as breaking someone’s back.

She might have moral problems with the things she’s paid to do, but you’ll never know it unless you ask her. In her mind, when she does for her employer is solely on the person paying her. Desire is taken out of the equation.

She’s incredibly pleasant while on the job, regularly ending sentences with ‘please’ and ‘thank you’, speaking in the most formal language even when she’s breaking her opponent’s back in the Maid Service. Off work, however, she’s notable colder, and is very difficult to talk with, often using the bare minimum of words needed in order to convey any point. It’s also notable that her apartment is a mess, despite the obsessive cleanliness she displays on the job. This is likely because she spends so much time cleaning other people’s homes that she neglects her own.

On the outside, Misaki lead a perfect life all the way through high school. She excelled in all her subjects, was a gifted athlete and head of the karate team, and became the student council president by a landslide vote. She was well liked and well respected, but something was missing in her life. She couldn’t describe what, but there was hole that needed filling.

She tried a few things after high school, but nothing clicked. Eventually, a friend suggested she try wrestling and apply her skill in karate. She went with it, and while she had some good success, it still didn’t quite fulfill her.

That was, until her employer decided she needed to try a maid gimmick.

It was just something to give her character some flavor, make people like her more. But the more time Misaki tried the gimmick, the more she liked it, to the point where she decided she actually liked serving others. She went into training to become a real maid, and carried this with her when she moved on up to Wrestle Angels and joined their ranks.

While she never held a title Misaki (or Maiden, as everyone called her) managed to win some fairly significant bouts and sustain herself. When Wrestle Angels folded, she was one of the few angels who didn’t try to find wrestling work elsewhere. Instead, she just became a maid full time.

It’s been a few years now, but Maiden never stopped training, despite not being in active competition. Truth told, she does miss the ring just a little bit…

If Kaede were a Pokemon, she’d be…: 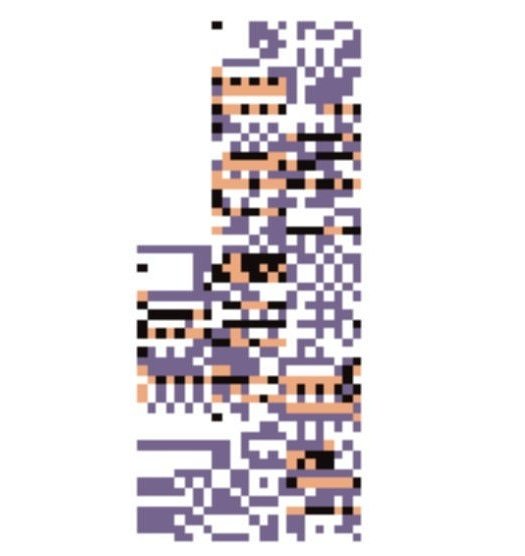