Wrestling Style
A well-known egomaniac, Cerulean will do anything and everything that involves getting to show off his muscles and super strength. Some of his favourite moves to use include multiple variations of suplexes, bearhugs, torture racks and piledrivers.

Signature
Crusader Hold: His opponent face down, Cerulean will step on their thighs and tuck their feet on the inside of his lower legs before latching onto their hands and pulling them towards him. Once this is secured he will fall backwards and lie on his back, pulling on their arms and pushing at their legs to suspend them in the air whilst he yanks down for the submission.

Finisher
Double Tombstone: Picking up his lifeless opponent and draping them over his shoulder, Cerulean will shift them down with his head between their legs in position for a tombstone piledriver. He will drop down onto his knees and spike their head into the mat, but he won't be done there as he'll slowly get back to his feet and jump up, this time landing on his ass as he completes the move. 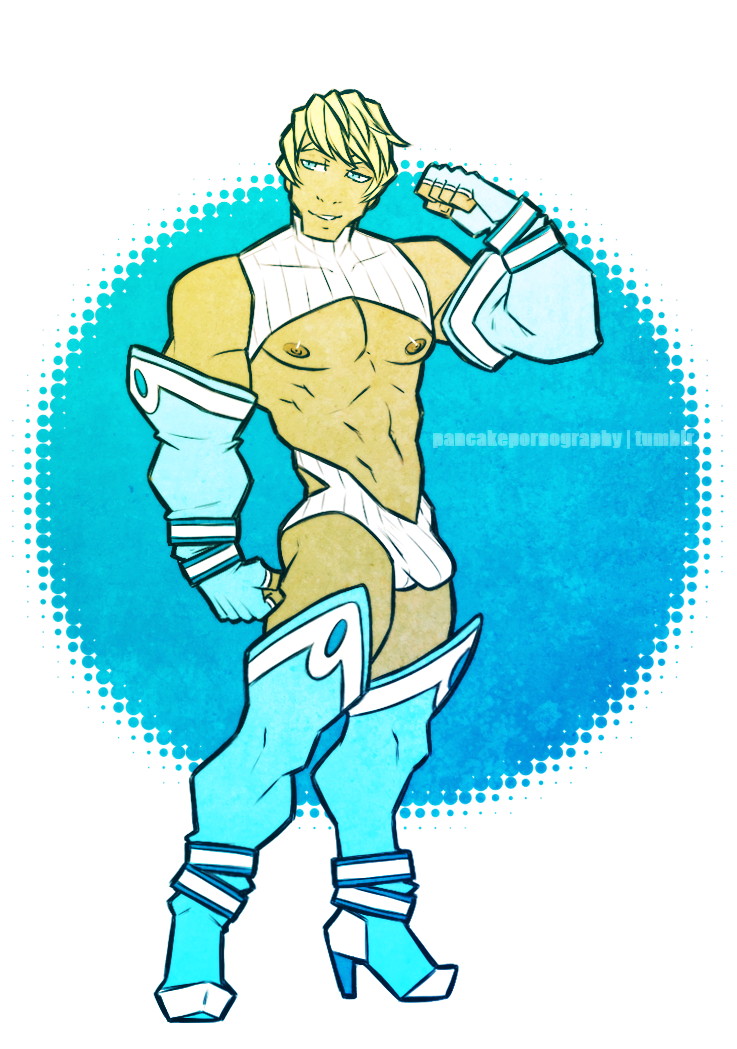 Personality
The first thing people will notice about Cerulean is his undeniable ego, his ability to constantly brag about himself and his superpowers is endless and he wants everyone to view him as a god or deity, and for anyone who doesn't? He'll smash them down until they eventually do.

Backstory
Cerulean Crusader was born into a family of superhuman entities from a distant planet, each given a specific power with his being Super Strength, and from a young age he was considered the bad seed of the family. Whilst most of his race used their various abilities for the powers of good and to protect the others on their own planet, Cerulean decided to use his purely for his own deeds. During his school days he would bully the other students until they gave him what he wanted: For them to fear and worship him.

Eventually his dirty deeds got him banished from his home planet, and after a while he eventually found his way to Earth. Becoming quickly acquainted with the planet and revelling in the fact he was the only one of his kind, he would take on the guise of a super hero pretending to look good for the news and save lives, but only if they gave him rewards or other things that he wanted. Eventually Cerulean found the AFW's Fur & Feather's division and he found his calling. A place where he can get paid to dominate other people?! He signed up and resides there to this day, eager to put people in their rightful place under his boot.