Strategy: Expect Orochi to use dirty moves at least twice in a match. From cheap shots to blatantly-illegal moves, Orochi is willing to disregard the rules for the sake of victory, and due to her skills in finding perfect timing and misdirection, she will often get away from it. Still, it cannot be said that Orochi isn't a skilled wrestler. She's just unhindered by the limitations that other wrestlers have. As a wrestler who uses quick strikes, she will rain down strikes upon her opponent to weaken her before moving in for a kill with a submission hold.

Style: If Orochi doesn't cheat, she is quite a skilled wrestler, who uses a lot of quick strikes to wear out her opponent before putting her opponent in a submission hold. It's not to say she cannot throw or grapple; she just doesn't use them often.

Type: A wrestler who always plays dirty, though that doesn't mean she's unskilled. She just likes being a bitch. 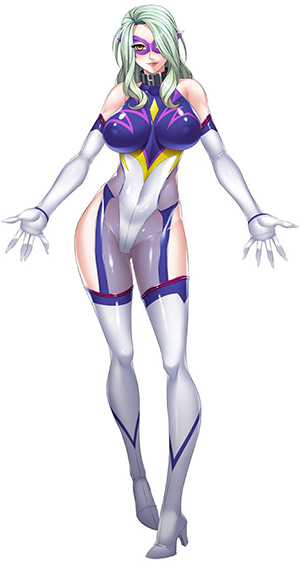 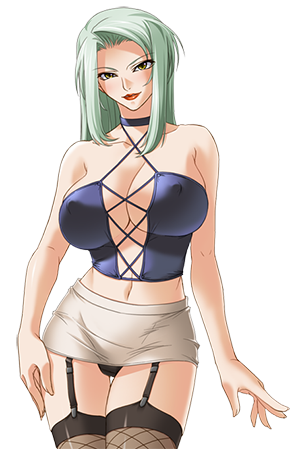 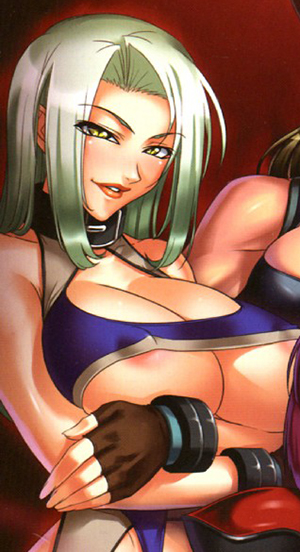 Personality: Orochi may present herself as a calm and collected individual, and can be cordial at times. But make no mistake - she is very vengeful, petty and definitely off her rocker. She seems mostly at home during matches, relishing the acts of violence committed in the ring with wild abandon. She loves chaos and disorder, especially if she's the cause of it. This psychopathic womanchild considers herself to be a great mastermind who is so good with manipulating events from behind the scenes, though she will never admit that she's actually not as good as she claims herself to be. She also tends to panic whenever things don't go as planned.

Another thing that can be said about Orochi is that she's very arrogant. She considers herself to be the best among the best, and will be furious if such a thing is denied by others. She will try to prove to others that she is indeed the best, and will use everything in her disposal in order to prove herself right. She does not take defeats well, and like mentioned before, is very petty to the point where she will make those who defeat her in a match to pay for the humiliation they cause in the ring.

Past/History: There is not much is known about Orochi except that she is presumably a Japanese. One source claims that she was once a part of underground fight club circle that was disbanded due to internal conflicts, but no one can verify or confirm this, especially not Orochi who will only smile at you enigmatically if you ask her this question. She will only tell you that she is an upstanding citizen who does not break laws willy nilly, most of the time. She caught the attention of AFW after winning several matches in independent wrestling circles, and while the higher-ups know about her past and background, Orochi will keep it secret from the public for the time being.

Orochi also has a few colleagues who are currently laying low as of right now, bidding for the right time to act. Whatever plan she and her colleagues have in store, no one knows for sure, and she will make sure to catch everyone off-guard the moment the plan is put into motion.

Fun Facts:
Orochi or Yamata no Orochi is the name of a mythological serpent in Japanese mythology. In legends, Orochi is an eight-headed serpent or dragon that demanded to have each of eight daughters of a pair of earthly deities to be sacrificed to him each year for seven years and would be about to have the eighth daughter sacrificed as well, if Susano'O, Japanese god of storm and mischief did not get in his way.
Orochi considers herself a wine connoisseur and has extensive knowledge about wines in general.
Orochi has a pet python whom she affectionately named Orochimaru. She will vehemently deny that she takes the idea from Naruto. Anime is stupid, she once said.

Friends:
-None so far