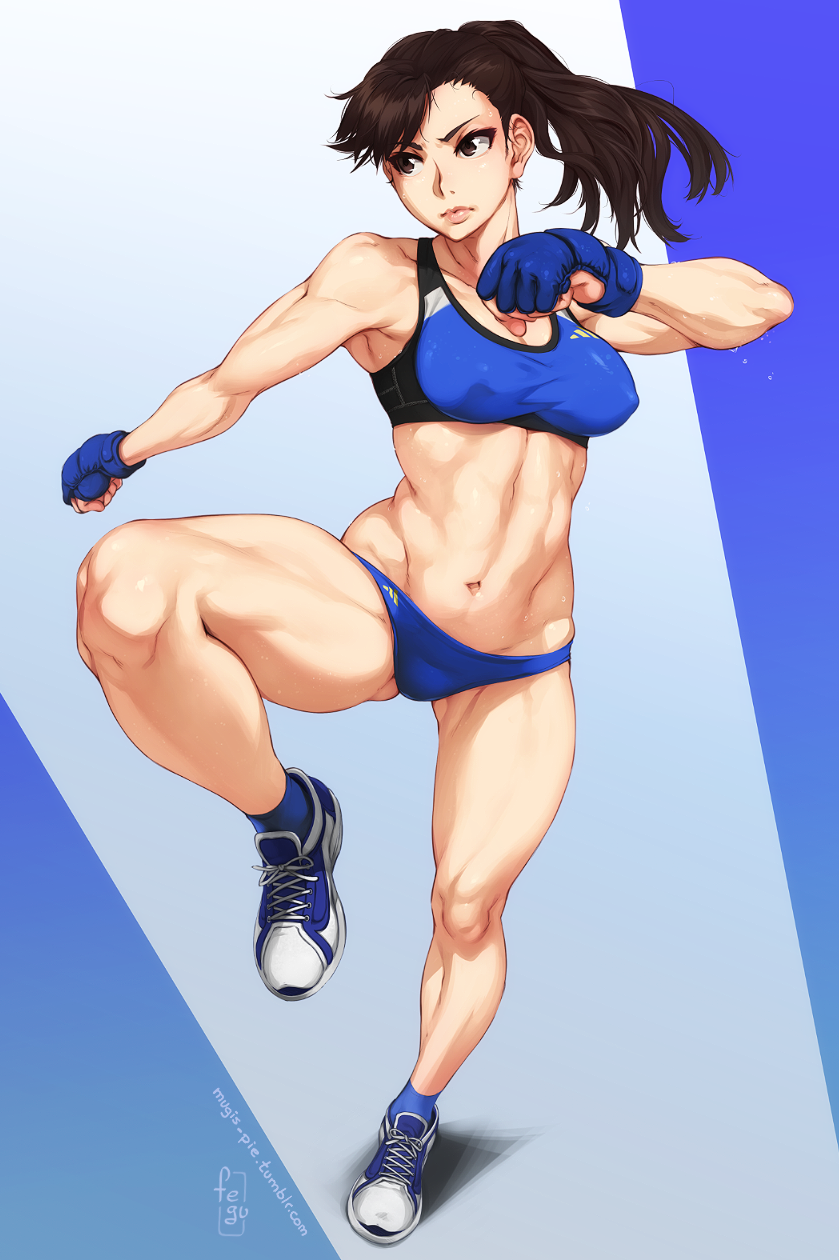 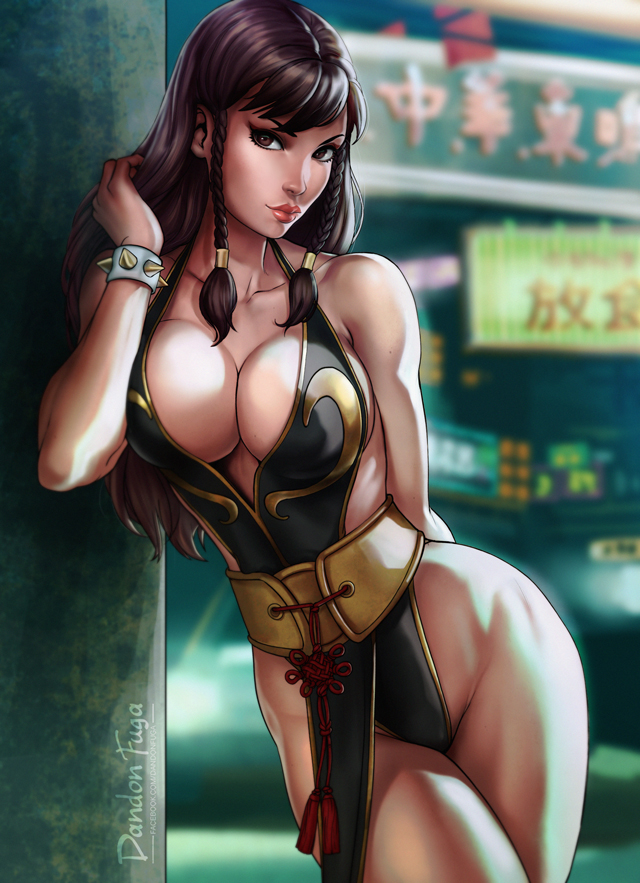 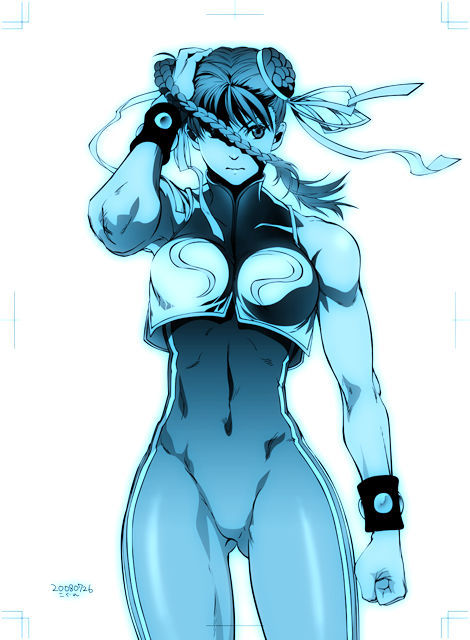 Out for a drink: 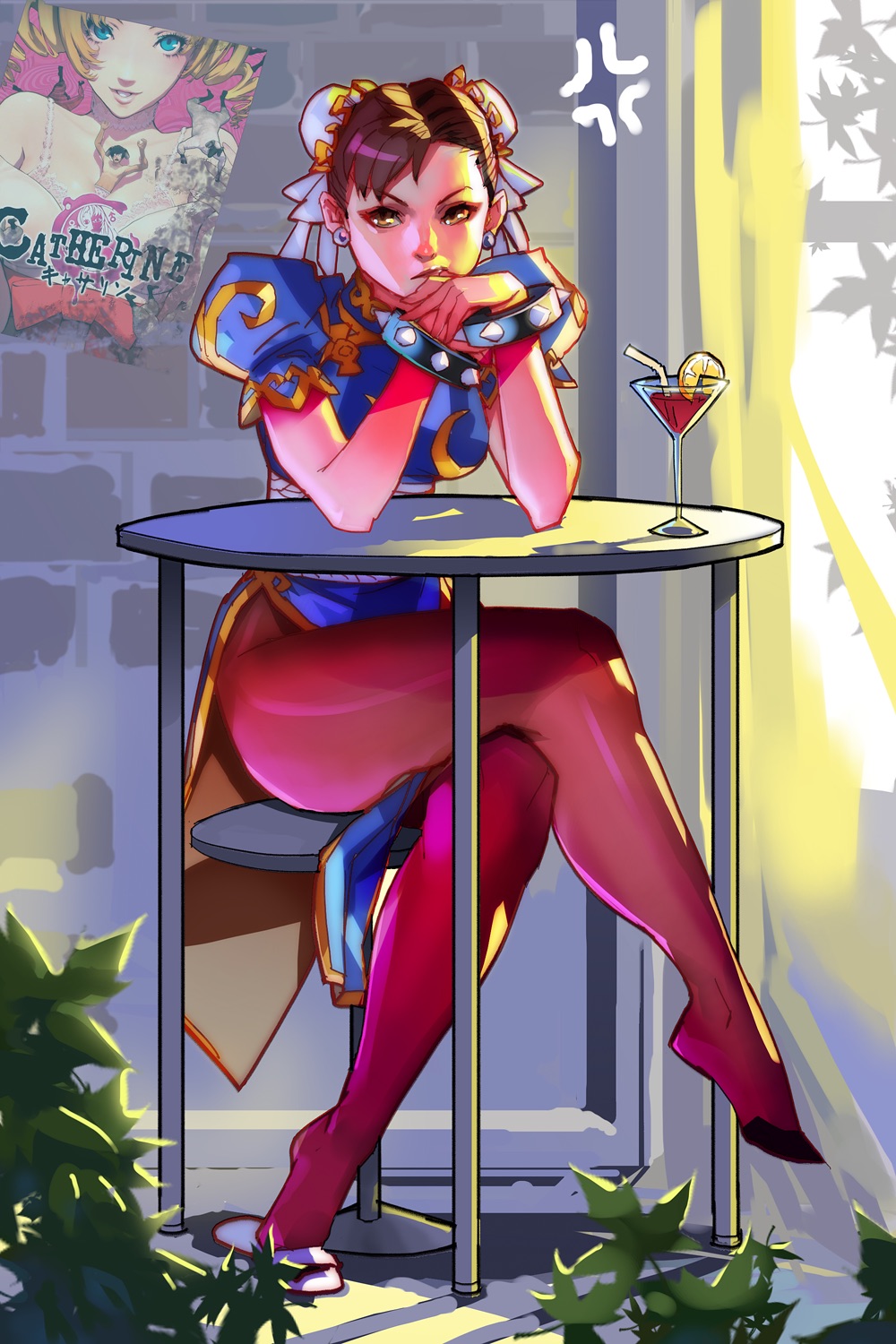 Dressed for a night out:

Style: Crista's new, but she is building a style that involves weakening her opponent with early kicks before looking for grappling and powerful slams that take the other woman to the mat. Once the opponent is down, Crista will start trying to apply simple submissions on the ground that mostly use her power, especially in her legs. While she is a mostly clean wrestler, she is not above using her ample assets in the chest and behind to smother opponents and stay unpredictable.

Preferred Match Types:
Knockout
Endurance/Ironwoman-types
Can be convinced to compete in any match if someone appeals to her competitive nature

______________________________________________
Personality
______________________________________________
Crista has not had the easiest last couple of years after the near-death of her volleyball partner, but she hasn't let it change her. She remains a hard-working and competitive athlete and woman who sees what she wants and seeks to take it. From youth, her joy has been to find the next challenge and meet it to experience the thrill of accomplishment. The goal does not have to lead her to fame and fortune. She often sets goals that she specifically wants to prove to herself, and these goals are not always about physical feats. Her dedication does not translate to stone-faced discipline. Crista's competitive spirit can make her a little explosive when she gets frustrated, and there have been times that her emotions have gotten the best of her. She is also a lively individual who does her best to enjoy her good health and her few hobbies outside of athletics, and while she is a competitor who doesn’t think it’s healthy to like the people she’s competing against, she is warm to the right people.

She got a university scholarship for volleyball all the way in China thanks to her father’s reputation, and she took it. With her growing height and strength, she became a star, and her quality as a player made her draw interest as a beach volleyball player with Olympic chances. At nineteen, she teamed up with another Chinese star youngster who had become her closest friend, and they began to train, participate in competitions, and prepare to represent their country in a few years. For two years they competed together, reaching the upper echelons of their sport at their age, before a bus crash brought an end to their dreams.

Crista spent some time in the hospital, but her partner lost parts of a knee, enough to keep her from competing. After her recovery, Crista was so distressed by what had happened to her partner that she refused to take a new partner. She took a break for a while, spending time taking care of her partner and keeping to herself. Needing something to do to keep herself busy and challenge herself, she took to working to build up her body again, going above and beyond what would be expected of a volleyball player and dabbling into some light bodybuilding and combat sports to let go of all of her frustrations and dark thoughts about what had happened.

She may have worked with her body, but she was withering away otherwise. Her partner could see it, and encouraged Crista to find a new passion. Crista wavered for a while, not sure what she wanted to do, but it was AFW that finally pulled her back towards competition. Assuming that her body was ready for the rigors of wrestling, Crista called on her old and rusty wrestling skills and left for her audition. She got a spot on the roster almost as soon as the talent scouts got a look at her physique, and she moved to Tokyo to get some pay and enjoy another challenge.