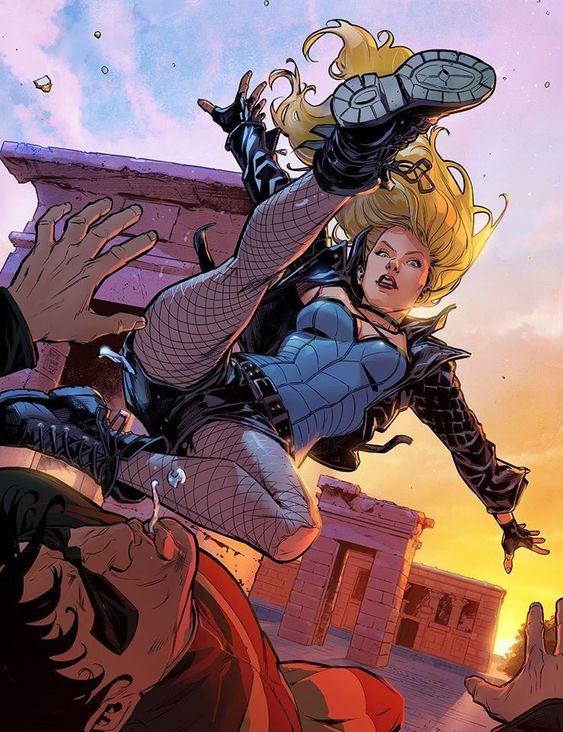 The Pretty Reckless - Going to Hell: 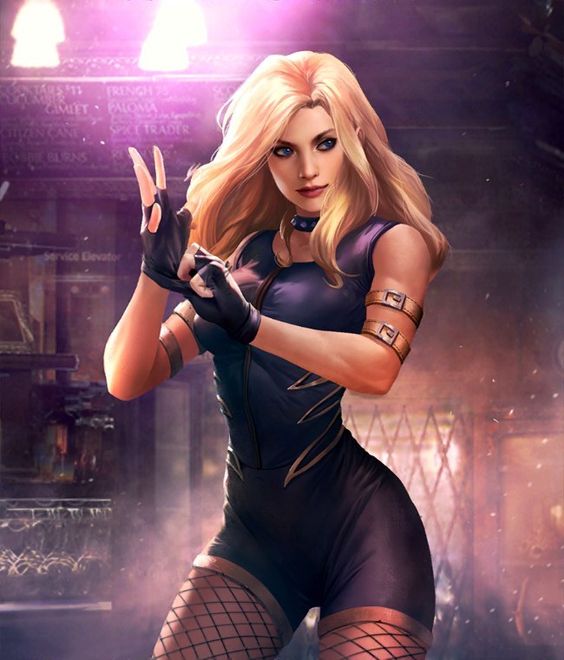 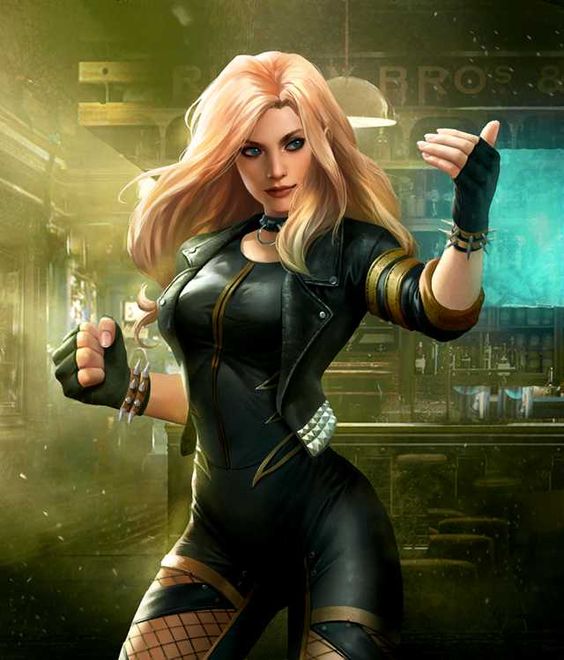 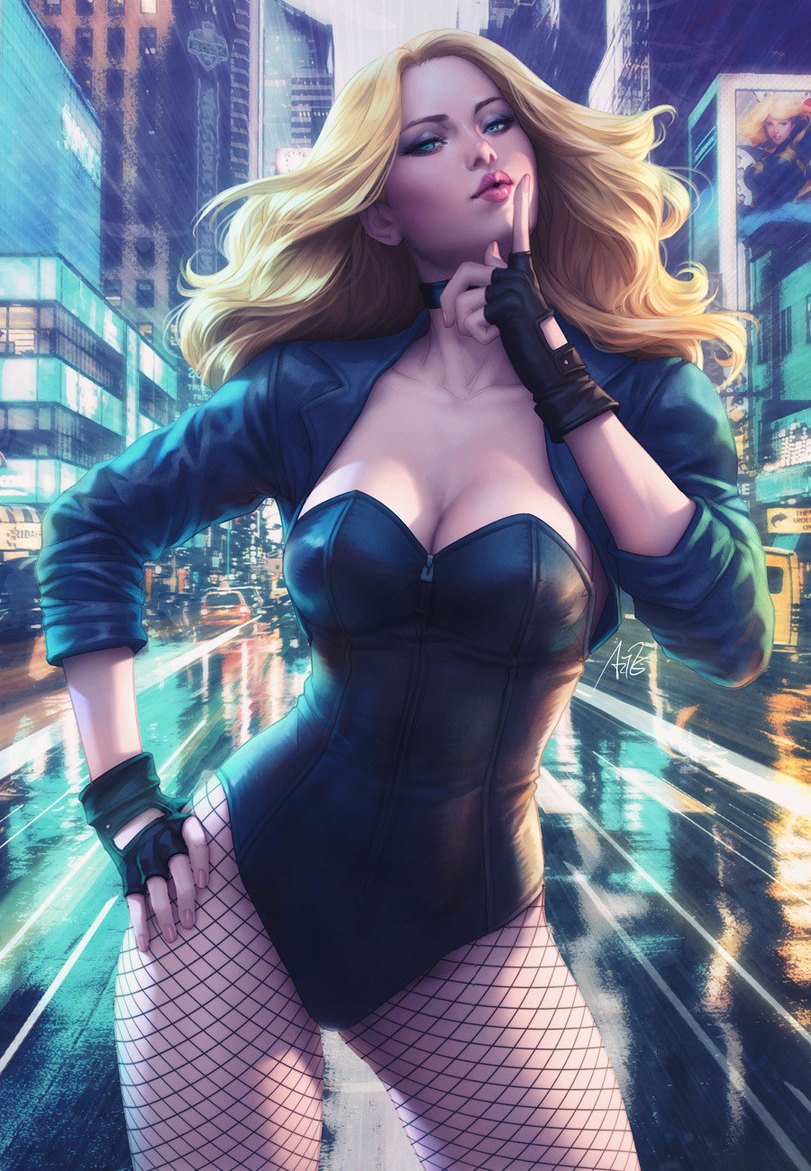 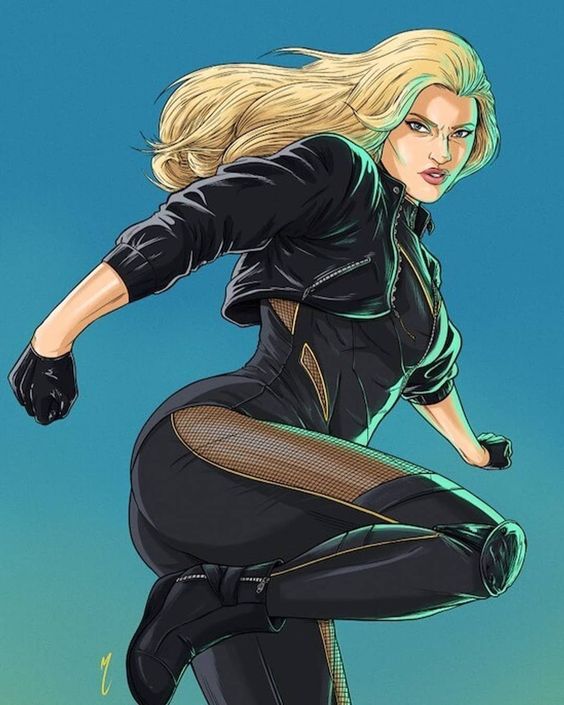 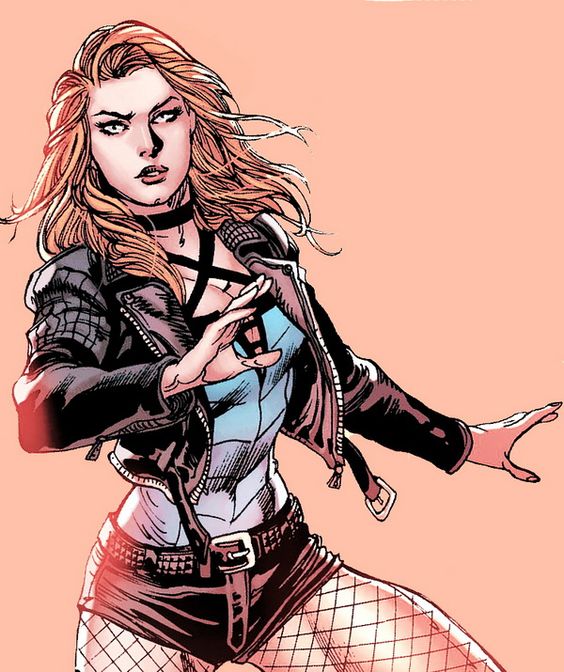 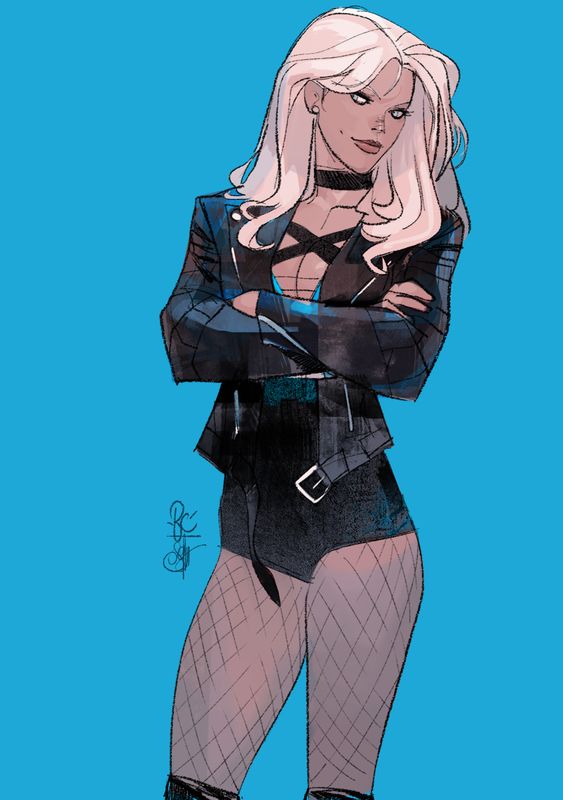 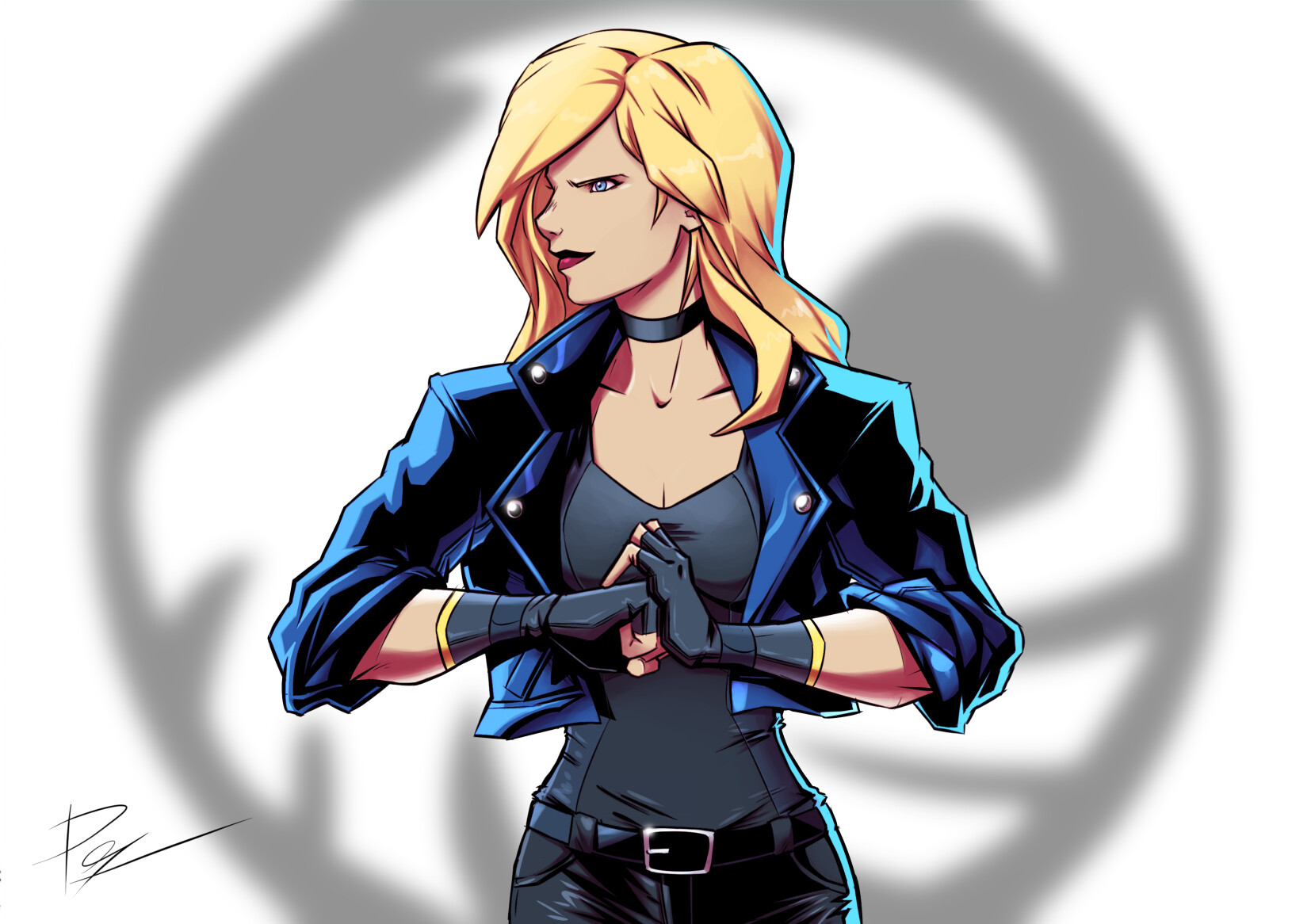 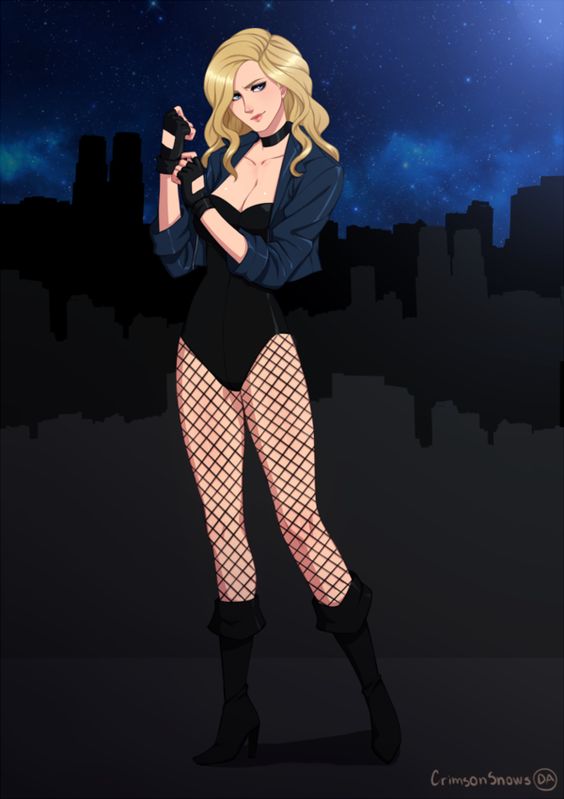 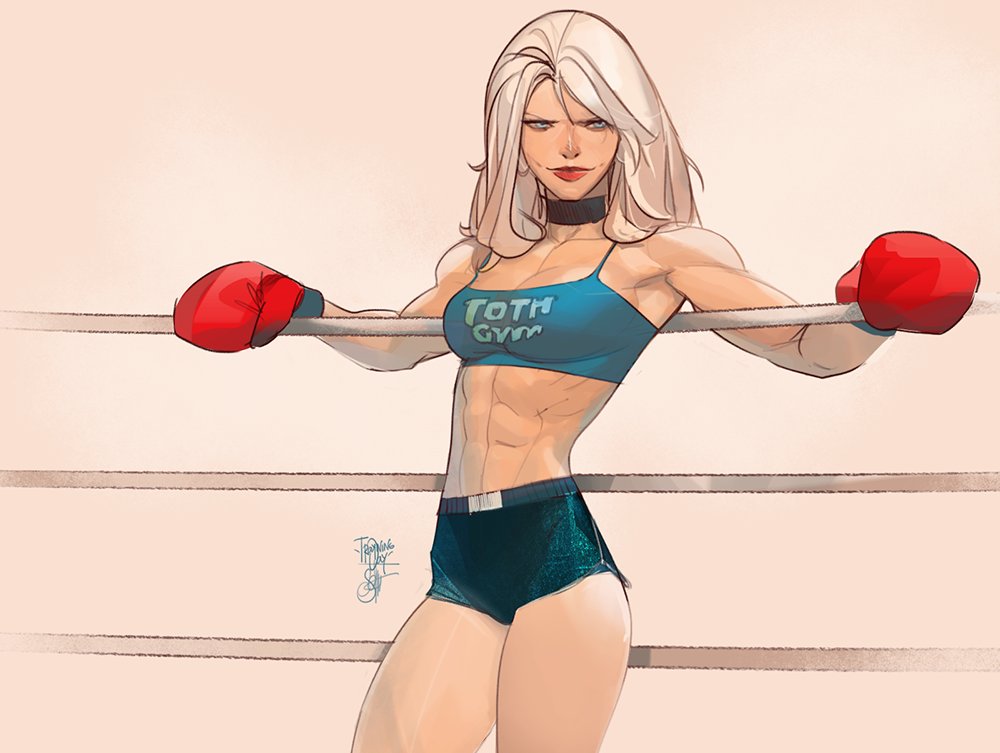 Strategy: Viper gives her opponents hell. Win or lose, she makes sure any match with her is likely to lead to scare and recovery time. She is most at home as a slugger, going blow for blow with an opponent foolish enough to try and match power with her stiff strikes. When that fails to put her opposition away she dips into hard hitting power moves and constricting chokeholds to put them to sleep.

Endurance:
Tough as nails with the battle scars of years of punishment to show from it. Though, something else might help her cope in the ring...

Strength:
Monstrously strong for her size, she hit hard and throws smaller opponents around like toys.

Speed:
Viper knows how to move when it suits her.

Defense:
A bit of a wall when it comes to taking punishment. She will normally go blow for blow against opponents.

Technique:
While her brawler style doesn't seem to have much in the way of finesse, she has a surprisingly strong application of power moves and holds.

Striking:
Her kicks are stiff, but her punches are far worse.

Submissions:
If she can choke you out with a move it's likely in her wheelhouse.

Powerhouse:
When she isn't punching someone she is ripping them off the ground to make sure they hit it twice as hard on the way down.

Aerial:
She will only really make use of the ropes when performing an avalanche version of a power move.

Bushwhacker: A less than legal throat punch. What the referee doesn't see can't DQ her.

Overdose: Simple but effective step in right straight, delivered with enough force to floor even the largest of opponents, especially without the safety net of a boxing glove to protect them.

Dead on Arrival: DoA for short, Viper hoists her opponent up into a delayed vertical suplex before transitioning it into a sitout powerbomb.

Personality: Viper can be as volatile as her name would imply, though that generally just happens when people get under her skin. For the most part she is a very mellow person without much care for what the people around her are doing. She has an air of detached cool factor around her that works well given her lack of raw charisma.

Past/History: Proving Grounds was one of a long line of reality television shows that pit contestants against one another with physical and mental challenges. Centered around wrestling culture, it felt with pitting fresher faced prospects and those looking to revitalize their careers together to make a name for themselves. Charlie Daniels appeared one season, and despite all odds managed to win the competition.

She was a hot commodity, but still green in the ring. So when the chance to work with a big named talent like Wolf Hawkfield was offered to her, she could hardly turn it down. To her knowledge he hadn't really been involved on the female end of wrestling, intergender or otherwise, but apparently her performance had impressed enough he was willing to train her… and train she did.

His regiment was brutal, spending obscene amounts of time working on her form, physique, and moves to the point she sometimes went to bed in tears due to how sore she was. She kept telling herself it was worth it though. She wanted to be a wrestler and under the tutelage of a household name, she was sure to have a huge jumpstart on her career.

She endured for months as her body slowly broke down and performance started to falter. She could see that shine in her teachers eye for her start to fade as drills became shorter and frequency decreased. When she confronted him about it, he expressed his doubts that she was cut out for this business as she couldn't keep up with how he was brought up. It hurt to hear it from someone she looked up to, but it set a fire under her to push harder.

Suddenly she started showing up earlier, complaining less, and with far more energy than before. When goals were set, she knocked them down and moved to the next. It seemed as though she turned everything around, like a switch had been flipped. When she debuted, it was a hit. Instantly a fan favorite with her dynamic range and incredible shows of physicality as a woman in the ring.

She regularly come by Wolf's house to babysit his daughter when he traveled or swing by after training for dinner. It became a home away from home as she was more or less an unofficial member of his family. Everything just clicked, it felt right, and finally some sort of normalcy started to creep back into her life.

It all came crashing down though at the height of her popularity. She had failed a drug test and recurved a hefty fine. Her entire record was put into question, and eyes turned to Wolf wanting to know if he was to blame. The two of them had a large falling out after that, one that was her leave All-Star Wrestling entirely and leave the scene almost entirely.

A few years later she appeared back up in underground fighting leagues around the world as a bare knuckle boxer, throwing away most of her wrestling for raw pugilism. She made a name for herself under the monitor "Viper" and made sure to distance herself from her old life. That was until she met a young girl while in South Korea.

Gyuri showed promise. A fiery little thing that was far to mature for how young she was. Charlie saw a lot of herself in this girl and found her company filled a hold she had in her life for some time. The two remained together, fostering an almost sister like relationship that did them both some good.

They shared parts of their past with one another, dredging up some of their darker times. When Gyuri expressed interest in her old wrestling career, she dug up a few old videos to show her. That's when she saw him again. Wolf. Her old teacher. Even then, nearly a decade later, she still felt some sort of obligation to him, like he was even judging her now. She swore she would show him...

So she started training Gyuri, showing her everything she knew about the sport. She wasn't going to train the girl like some out of touch dinosaur like Wolf, no, she would do it her way… the better way. Gyuri took to the lessons exceptionally well, especially when Charlie played to the girl's strengths. The two made for an exceptional pair and when they were ready, started touring the indie scene with decent success.

The recent news of her former mentor hitting the wrestling scene for AFW's Tension brand caught her notice almost immediately. It wasn't just him either, it was his daughter, all grown up now. This was finally her chance to get back at him for driving her career headlong into a wall and abandoning her when she needed him most. It was time to play in the big leagues again… but this time she had backup

Fun Facts:
Old Habits: Viper makes use of not only painkillers but also performance enhancing drugs on the regular. While naturally tough on her own, these make her a force to be reckoned with… they just come with a few side effects.

Women's Best Friend: While not terribly fond of people, Charlie is an animal lover. Brisket, her German Shepherd has bee. At her side for the last few years. He makes for good company… and has been trained as an attack dog. Good boy!

Temper Temper: Charlie is normally very composed and aloof, not easily riled, especially by a stranger. When it comes to issues closer to her personally, her fuse is so short it might as well be a detonation button instead. She hates talking about her last in wrestling and is not above putting her fist through someone's face if they bring up her old failings in All-Star Wrestling.

Road Hog: one of her most prized possessions she recently dropped money on, her Vegas 8-Ball motorcycle is as sleek as it is fast. When she isn't working out at the gym, chances are she is joyriding in the Japanese countryside.

Re: Viper, Charlie Daniels: A Shot of Poison.