» The Dirty Beast vs The Blue Flash- Killer King vs Sarah O'Sullivan
by KillerV Today at 1:13 am

» Adventuring David vs Amazonian Goliath: The Rematch
by Ringropes98 Today at 1:10 am

» NHB Claire Knight vs Killer King
by KillerV Today at 12:28 am

Stand Up To The Victory - Tomohisa Kawazoe and it's various covers.: 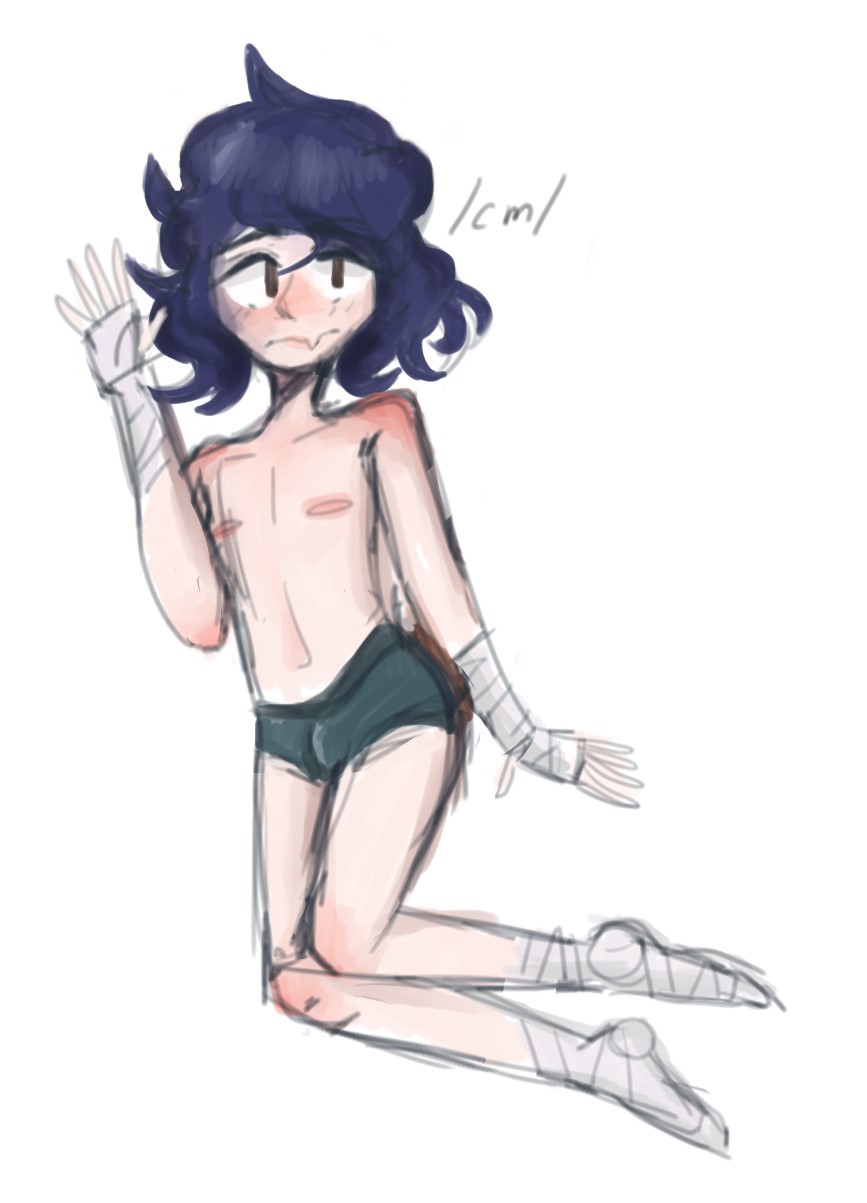 "Welshmen Will Not Yield!"
wearing Gauze tape around his hands and feet, Jasper enters the ring wearing a modified pair of Biking shorts. 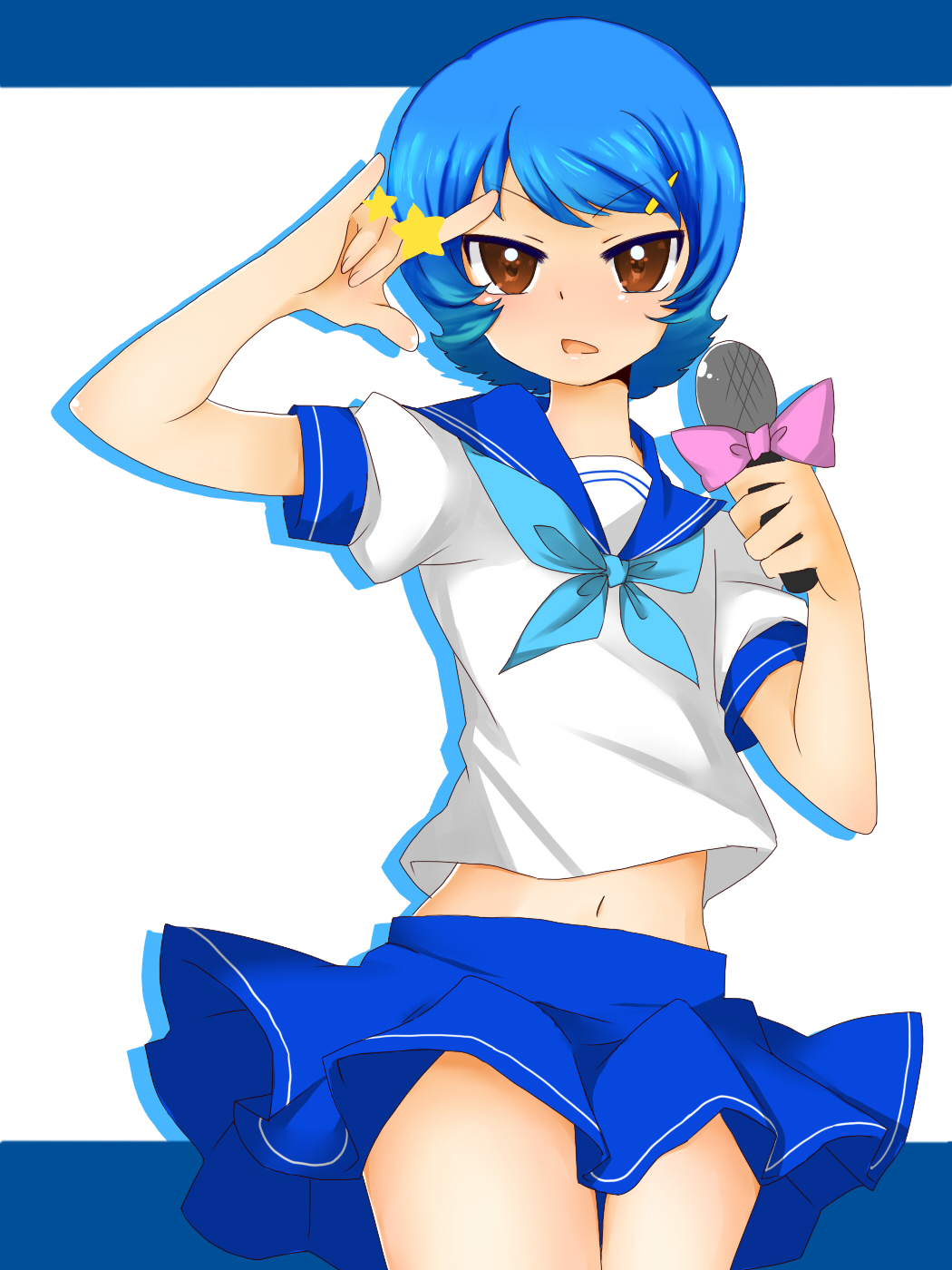 "I'm going to Milk you dry... Wanker!"
in this cute piece of attire, He's gone commando while still keeping his hands and feet wrapped up in gauze tape, quite a cute little outfit innit? 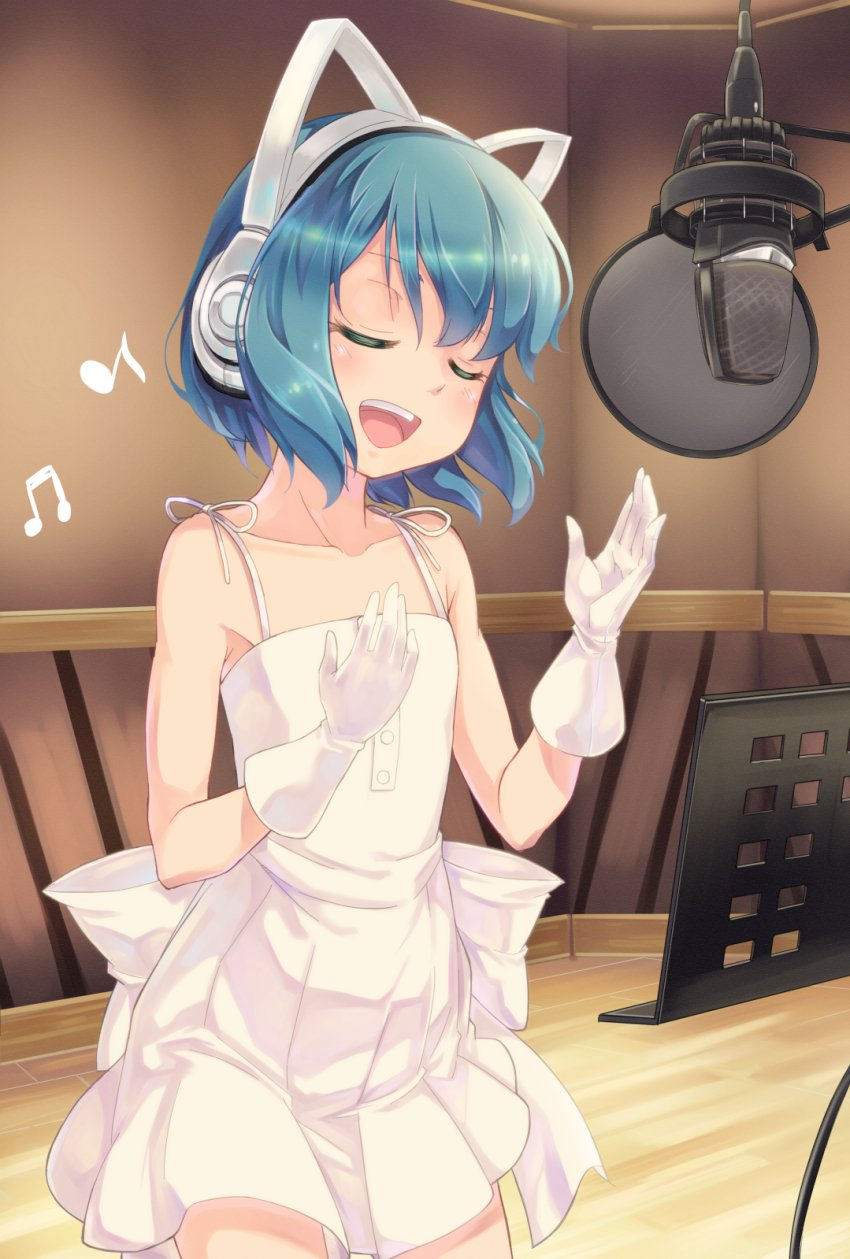 "Faraway, across the sea... I'm missing you... You're missing me... But no matter how faraway you are, know that I'm here to guide you home." 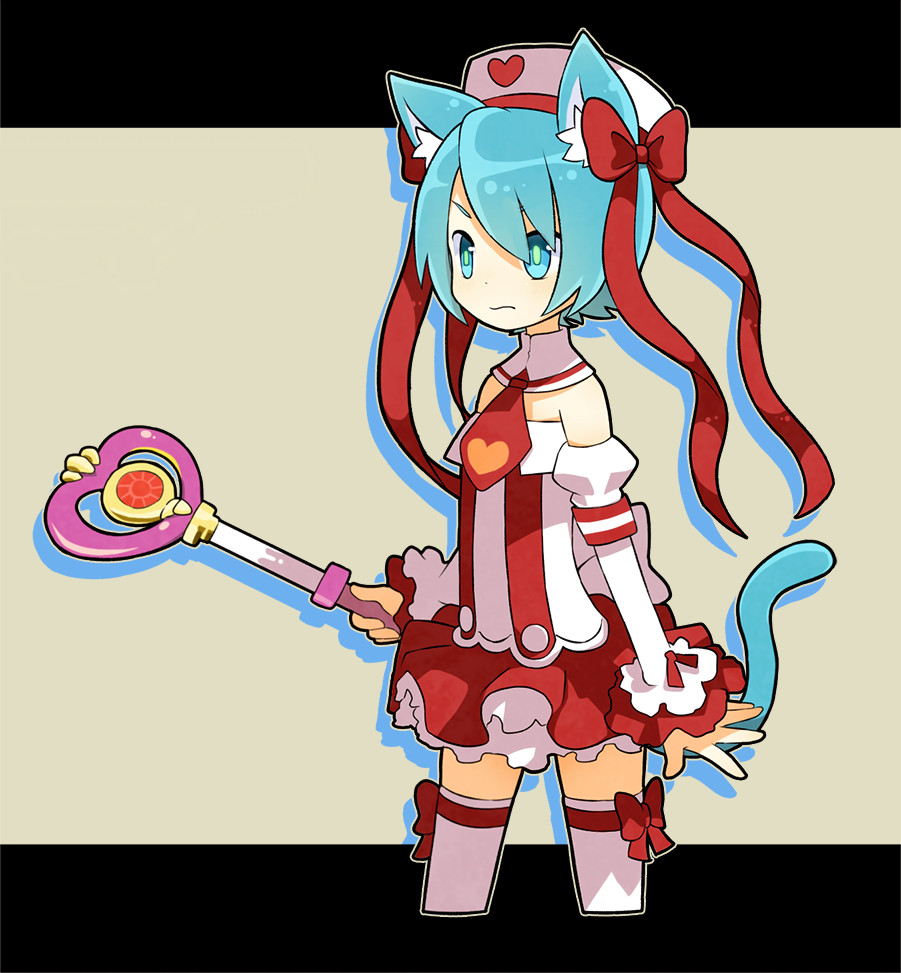 "I WILL Fight for your Hopes And Dreams!... You can count on it~!"
As the magical girl Star Saber, Jasper becomes the heroic young StarSaber! a descendant of the legendary autobot hero Star Saber (G1), with staff in hand Jasper fights for the preservation of people's dreams!

Notes to make about the costume are that Jasper usually takes the cat-ears and ribbons off when entering the ring, secondly Jasper as per usual goes barefoot via the fact his thigh-highs are of an open-toe type, also to note is that he occasionally (as pictured) wears contact lenses to change his eye-color. 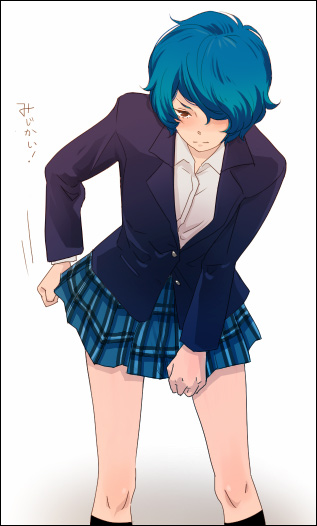 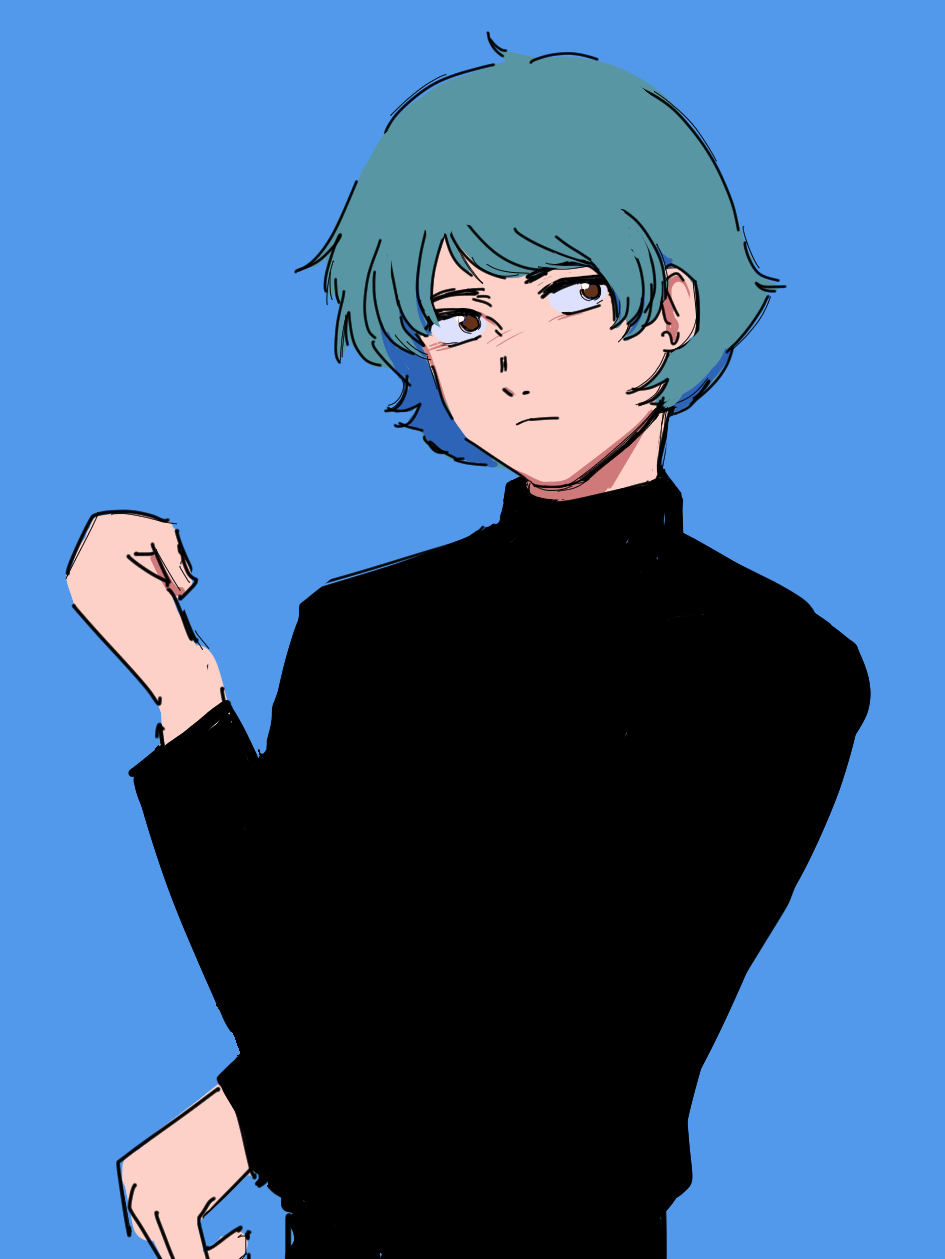 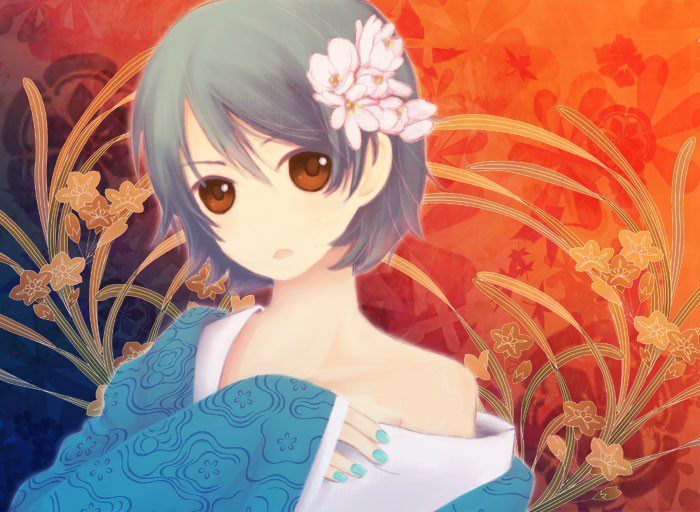 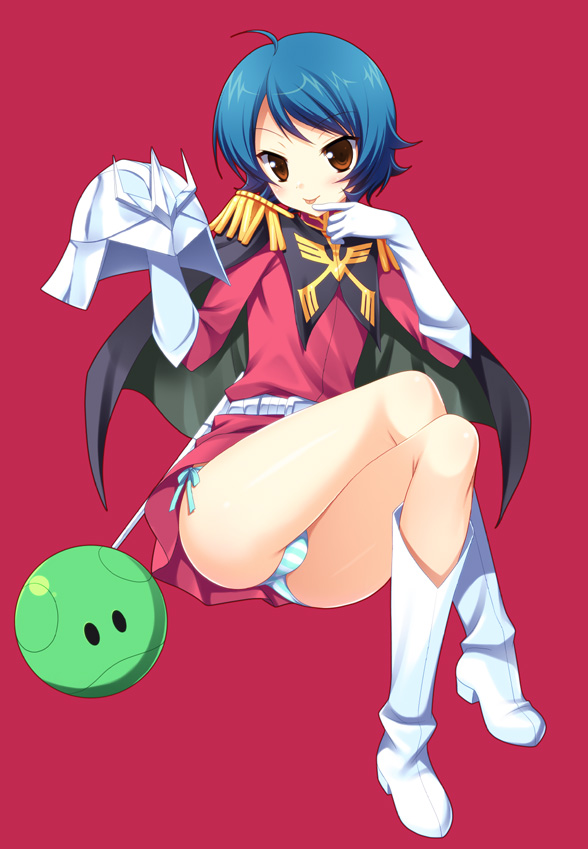 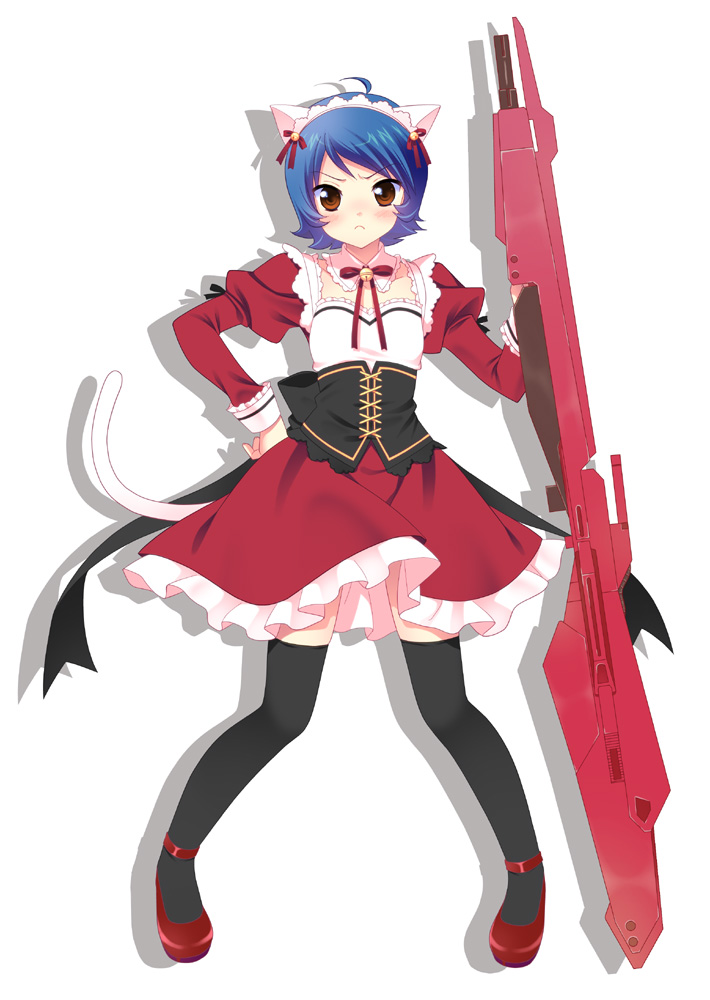 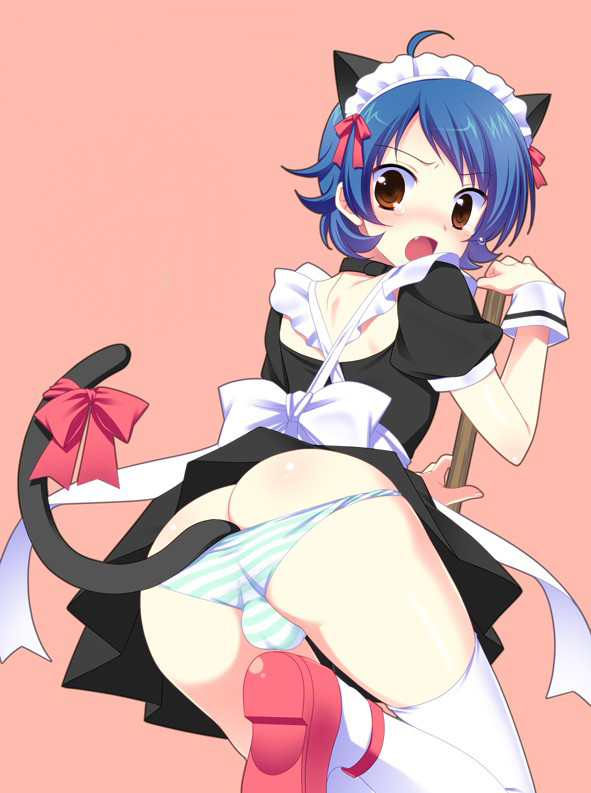 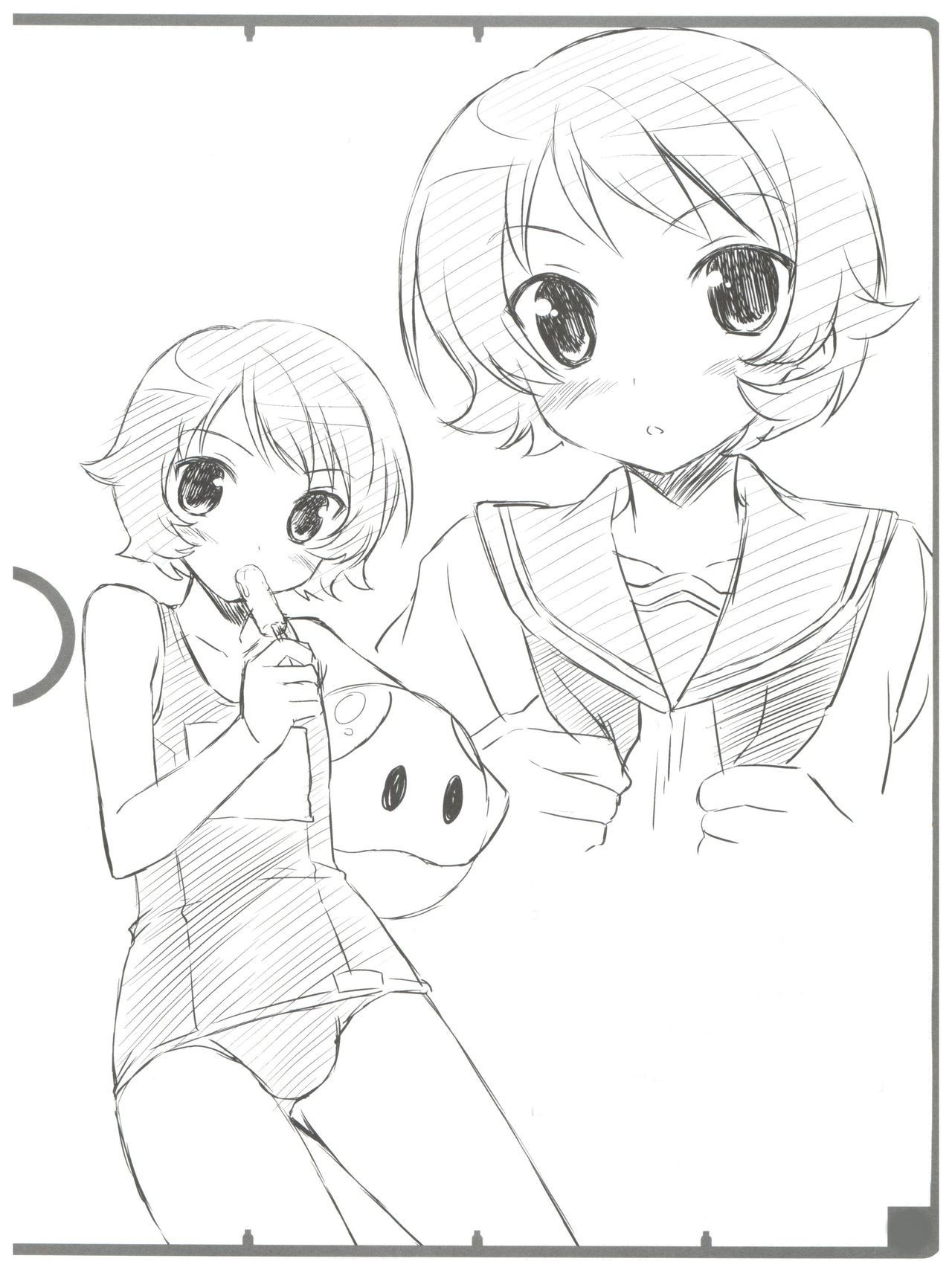 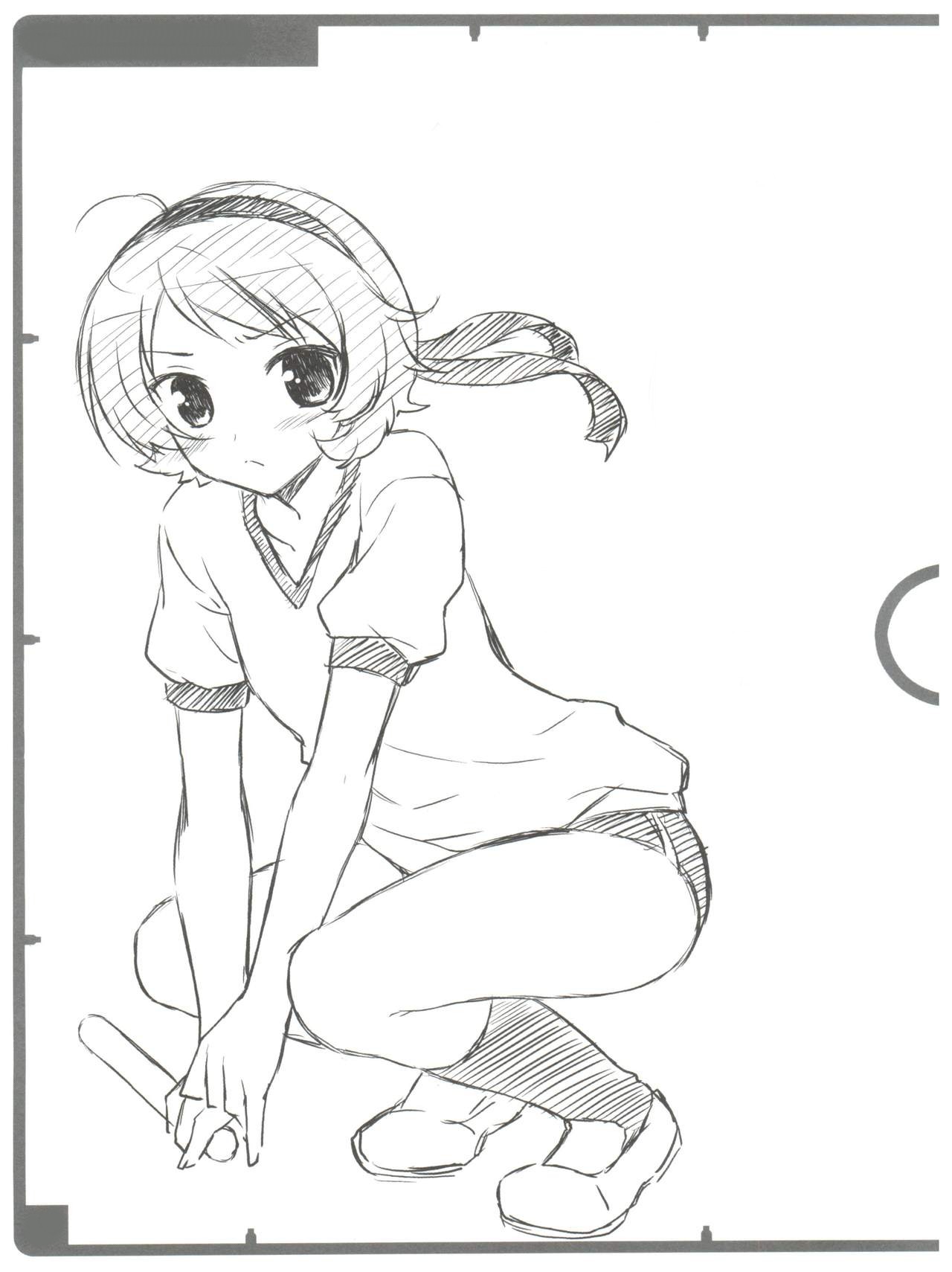 "I'm only wearing it cause it makes ya happy..."


Strategy: Being a smaller fighter of insubstantial weight and little training, Jasper tends to rely (un)surprisingly on hit-and-run more-often then not.

Style:While an adamant pro-wrestler at heart, his style shows an emphasis on relying upon his speed and agility with a general doctrine based around Hit-and-Run often times striking, Jasper favors keeping his distance from his opponents and as such he's a decent striker but a somewhat mediocre grappler.

Jasper's signature finishing move, simple and effective, it's often used in finishing off a battered foe.

Named in reference the RAF's infamous Bombing campaigns in World War II, Jasper uses this signature to subdue fallen foes with a quick climb up the corner and suddenly back-flipping for a powerful drop, sending his knees down onto his poor foe's body, with him often quickly recovering from said drop.

Jasper is quite fond of suplexing opponents, be it big or small, He often does this to dazed and confused foes.

A signature that Jasper does with the intention of giving foes a headache and making the audience go "Wow!"

Another drop Jasper uses, (also named after a WWII battle) but unlike the previous one, this is used as a finisher against battered and weary foes.

Another signature where Jasper quickly climbs up on the middle-rope and jumps off of it to kick opponents in the face, said finisher is named after the iconic "Char Kick" Scene from the 1979 anime 'Mobile Suit Gundam'

Another one of Jasper's kick repertoire, this strong kick-to-the-face strike, often used against weakened foes is this time named after his favorite childhood anime hero (the Transformer 'Star Saber' from TF: Victory), in an interesting note to take, Jasper uses this interchangeably as both a finisher and a signature, much to the confusion of himself, fans and everyone around him.

Jasper's most famous submission move, often times done as a finisher against battered and weary foes, with this one Jasper simply floors his opponent one-way-or-another and proceeds to choke them out with his thighs by wrapping his legs around their neck in a headscissors. The name is in reference to the 1988 film "Mobile Suit Gundam: Char's Counterattack" and an iconic line of dialogue from the film.

Named after the Welsh town of the same name, this move is an adaptation of friend-and-former-colleague from his days in the UK Indie Scene, Lily Starling's famous Baby Octopus Lock, once used against him to a humiliating effect by his friend, the plucky Welsh boy studied it and adapted it for himself, Now Jasper uses this simple but effective submission to ensnare opponents and to stretch them out, often times used against bigger opponents with effective results!

Though, his bouts in the indie scene with the Starling princess have taught him another deadlier version of the humble Wrap-Up.

Personality and Description: A Tenacious, Happy-Go-Lucky and rather friendly character (albeit somewhat rather absent-minded). little Jasper Rhys enters the scene with a feisty, yet, easygoing nature. Jasper rarely has a hard time making new friends, however, despite his generally kindly demeanor, young Jasper does display a ruthless and cunning attitude while in the ring, not afraid to show no-quarter when wrestling (Especially against heels, bullies and general jerks), Furthermore, Jasper, being a rather strong-willed lad, is not afraid of standing up for himself or his friends and is quite famous for his concrete determination against even the toughest of foes. Despite this, the young Welshman does know mercy and is always willing to forgive opponents. When all is said and done, Jasper is overall a rather pleasant (if-not eccentric) individual to be around, a faithful ally and a pragmatic, but forgiving foe to his enemies.

Bio:
Orphaned as an infant, Jasper spent much of his very early childhood moving around Britain with a few different foster families before settling (Roughly around age 4) down with his last foster family and moving back to his home town/birthplace of Pontypridd Wales where he would spend the majority of his childhood, being a smaller child with a fairly effeminate build coupled with his eccentricities and somewhat gullible attitude often times made Jasper a fairly easy target for bullies and other such unpleasantries, but despite that all, Jasper managed to develop a fairly chipper attitude which helped him see the bright side of things!... However being nice and happy-go-lucky isn't enough when dealing with bullies, and for a while he was defenseless against them, until he caught his first wrestling match on TV, aside from the exhilaration of watching skilled athletes going at it in the ring memorized the imaginative young boy as he slowly began growing up into (REWORK IN PROGRESS)

Fun Facts!:
Jasper is the Proud owner of a Honda Grom Motorcycle that he enjoys tinkering and modifiying, while it's not all that fast, or sporty in any sense, despite this he enjoys pushing it to go as fast as possible, often times leading to a great many close calls involving his little Honda bike, He's also been known to give rides to friends and strangers in need of assistance.

Jasper is a surprising expert at parkour, all of this stemming from two issues he faced during his childhood, first of which being harassment he suffered at the hands of bullies when wandering around town, and secondly when his preferred sidewalk path to his favorite trainspotting spot was blocked off for construction work, so Jasper decided to try other methods of reaching getting around town, at first simply finding alternate paths but they were too slow for him and messed with his trainspotting schedule worse still was that his bullies would usually catch up with him and harass him, So inevitably he got fed up with it and decided to make his own path to the spot... and he found himself doing parkour around town and loving the thrill jumping, climbing and running over obstacles, eventually going from parkouring to go trainspotting and bully avoidance to parkour for fun, this fondness for the art of parkour Jasper has no-doubt had led to three things, both his excellent agility and speed and having strong legs while also allowing him to at the very least be pretty decent with his aerials what with all the falling he did.

Jasper is a noted weeb who loves anime and manga, but especially however he is a fan of mecha anime, his all time favorite mecha anime being either the classic original "Mobile Suit Gundam 0079" of which the character of 'Char Aznable' is his favorite or the 1989 "Transformers: Victory" series which he fondly remembers, having owned a bootleg DVD of said series as a child, besides this Jasper has himself collection of Robot figures ranging from Gundam model kits, Macross and Transformers action figures, etc.

to call Jasper a 'Space Cadet' or a 'Cloudcuckoolander' wouldn't be too far off as he occasionally gets lost in his own little worlds and has a little bit of trouble paying-attention every now and then, as stated before a somewhat absent-minded fellow, but he's working on getting his act together in that regard, to which he reports he is making great progress.

Is an avid Railfan, having grown up near railway tracks Jasper would always wave at the trains passing by, His favorite trains being the old BR Class 43 HSTs, British Rail Class 25s, 33s, 35s, 37s, 40s, 44s, 47s, 50s, 55s and 58s... and Sprinter type DMUs! He does hate the old Pacer DMUs however... besides this Jasper prides himself on owning a small but decent Hornby 00 Scale layout, and occasionally Jasper will go trainspotting if his schedule would allow for it.

His favorite food is Christmas Plum Pudding, which he always makes for himself and his friends during the Holidays.

Jasper loves cats and is always ready to help any stray kitten he sees that's in trouble, on that note it can be observed that Jasper's movements and mannerisms have a sort of... 'catlike-ness' to them, also of note is that he sometimes makes a 'purrring' sound when he's happy, currently owns a small black British short-hair kitten named 'Jesse' named after the Postman Pat character, Jasper loves her to bits.

Jasper likes to sing! mostly for fun however, he can't carry a tune all that well.

If Jasper were a Zombie... He'd be of the 28-Days-Later/Weeks Later variety of fast running and blood vomiting abominations!

His ring-side name is based off the Generation 1 Transformer of the name, the Decepticon minicassette Ravage!

Besides trains and Motorcycles, Jasper has also loves aviation, having often been taken to airshows when he was a child, also often being told grand tales of Spitfires and Hurricanes, Messerschmitts, Zeroes, Harriers, Phantoms, Sukhois and MiGs, the boy has quite the fondness for airplanes.

Jasper's family line has a surprising military history, having ancestors who've fought in major wars and battles, from the legendary Defense Of Rorke's Drift to the bloodbath of The Somme to the skies of Burma in 1945, the last of which (His grandfather was an RAF pilot) influencing his love of aviation.

As referenced in his motorcycle factoid, Jasper likes to tinker with tools and machines in his spare time, having been blessed with a fair amount of finger dexterity, the boy has built up a confidence in his ability to repair things competently... safely of course, lest he want to end up like one of his neighbors back home... 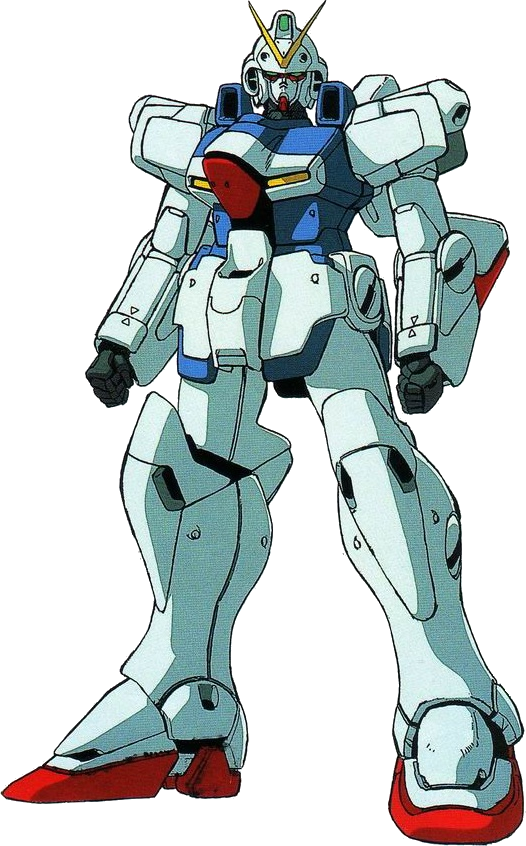