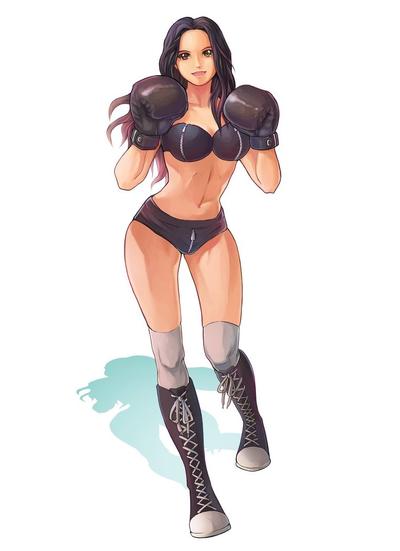 
Personality:
She's fun, but tough and doesn't take any bs from anyone. She loves to box with her brother and her friends. She also loves to read and play video games. She's very attractive and knows what she want's in a person. She wants to win as many matches as she can before her first defeat.


Past:
April was born April 26, 1989 in a small town called Densine. She grew up watching boxing and could be found practicing on a boxing bag. When she grew up, she went to school and was the high school champion for four years before she graduated with a record of 63-0-12. She then went to collage and then made her way to the AFW boxing federation